Why the Hell Did It Take So Long for YouTube to Do Live Streaming for Mobile?

On Thursday, YouTube announced the launch mobile live streaming capabilities for select users, a service that will compete with Periscope and Facebook Live.

“We’ve been offering live streaming on YouTube since 2011, before it was cool,” the blog post publicising the news began, which sounds an awful lot like the rationalisation of a company that is starting to realise with slow, creeping horror that it’s standing alone on the shore as its flashier, hoodie-wearing friends party on a yacht nearby. According to the company, the live streaming option—which is currently only available to fancy influencers like The Young Turks and Alex Wassabi—will be directly accessible from the current YouTube mobile app. 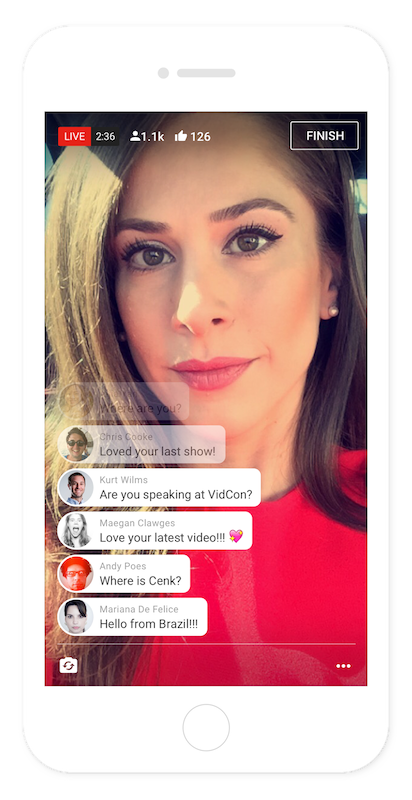 YouTube sounds mighty excited about the new development, and to be fair, it has good reason to. Opening up mobile live streaming capabilities means a whole new world for the platform’s billion-plus users, and that means new opportunities for cool, creative shit. On the flip side, it also means the worst of humanity, like murder and terror threats, might have a new, widely accessible home. Interestingly, YouTube didn’t go into how it plans to moderate the live streams.

The company’s live streaming capabilities as they function now really only make sense for big events or speeches, like Glastonbury or E3. (They’re basically alternatives for traditional TV broadcasts.) Bringing mobile into the picture means anyone can do it which is theoretically great for enticing way more people to use and produce stuff for the platform. YouTube says that the mobile live streaming feature will be “rolling out more widely soon.”

This, however, makes it all the more bizarre that the giant in video streaming is coming to mobile so late in the game. Much like Tumblr’s lurch into live streaming, the addition of mobile appears to be YouTube’s belated response to platforms like Periscope, which launched in mid-2015, and—perhaps more importantly—Facebook Live, which has been propped up by Mark Zuckerberg as the future of pretty much everything.

We don’t yet know YouTube’s exact plans for the feature. They could limit the mobile live streaming to premium users and exclusive content, though the wording of the blog post seems to nix that possibility. But it’s difficult to predict how it will compete with Facebook, Periscope, and Tumblr. The company is touting its “peerless infrastructure,” arguing that “it’ll be faster and more reliable than anything else out there.”

On the bright side, however, watching the flaming tar pit that is the YouTube comment section happen will definitely be a trip in real time.