You might think there’s not much to YouTube — just find a video you want to watch and press play — but Google’s engineers are adding new hidden features all the time. Here are 10 tricks to try to take your YouTube-ing to the next level. 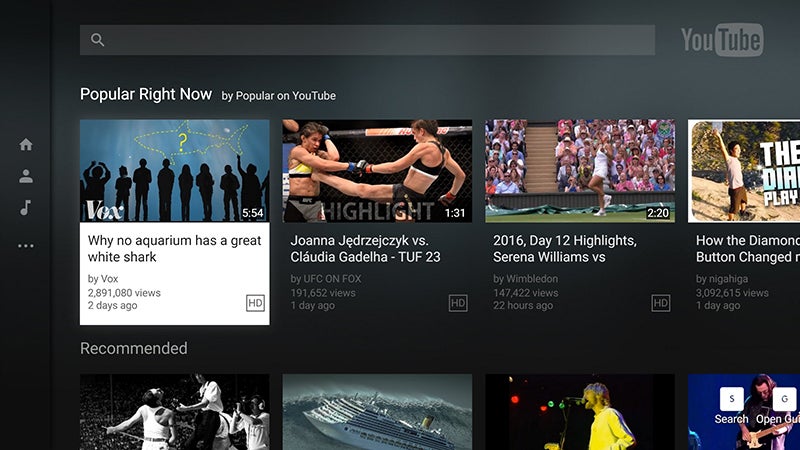 YouTube has a special interface for big screens you can find at youtube.com/tv. The interface and controls are bigger (much more suitable for touchscreens) and there’s extra support for keyboard shortcuts (like Esc to go back and S to search for something new).

The alternative skin was originally called ‘leanback’ and that gives you an idea of its purpose. It’s a fluid, easy-to-navigate interface more suitable for a television than a laptop. Go to Settings and Pair another device to link a mobile device to control playback. 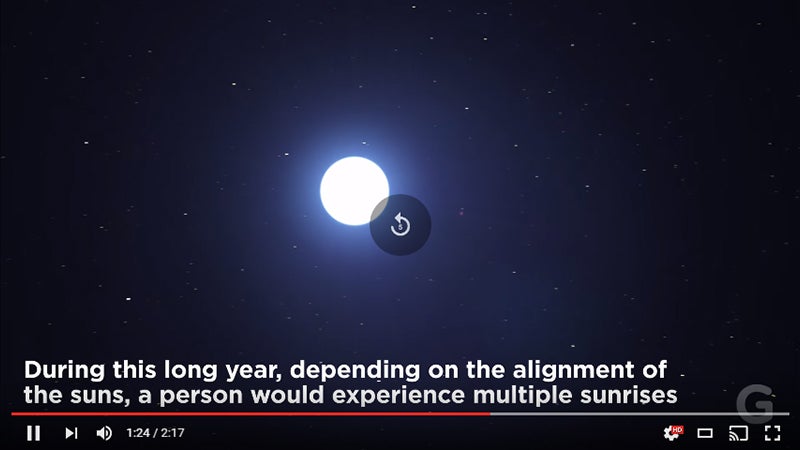 We’ve already mentioned keyboard shortcuts, and the regular YouTube interface has plenty of its own. They’re not the most glamorous of hidden features, but they can help you control playback or jump forwards and backwards without reaching for the mouse.

Space is your go-to key for starting and stopping playback, while the Home and End keys get you to the start and end of your video. Use the number keys to jump through the video by percentage point (5=50 percent) or the cursor keys to fast-forward and rewind. 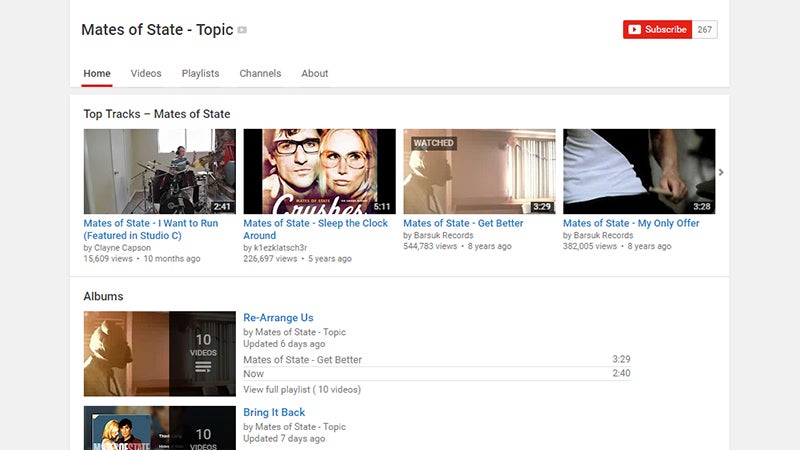 Whatever behind-the-scenes music-related plumbing YouTube’s engineers are installing, it’s working. If you search for a particular music artist you can find that artist’s topic page, complete with albums and songs, as well as any official channel that’s been set up.

Try “Beyonce”, for example, or “REM” to see a list of top tracks and albums on the right. Click the artist name for more. It doesn’t work for all artists, and albums are only available if all the tracks have been uploaded somewhere, but it’s a handy shortcut for music fans.

4) Save data on mobile devices

Dive into the settings screen for the official YouTube app for Android, tap General and you’ll find a toggle switch for Limit mobile data usage. Once this is enabled, the app won’t stream high-definition video unless you’re on wi-fi, saving on cellular data use.

The iOS app has the same option on the front page of settings. You can also change the quality on a clip-by-clip basis, otherwise YouTube always uses the maximum your connection speed supports. Tap the menu button (shown as three dots) and choose Quality. 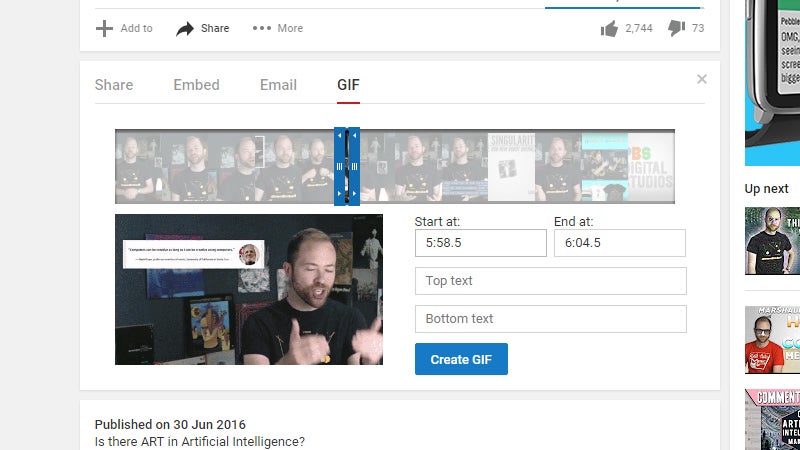 YouTube actually has a simple GIF maker of its own on some videos, which you can find by clicking Share and then GIF. Unfortunately, this was only rolled out in a limited form a few months ago, and it doesn’t look like too many channels have added the feature since.

There are also plenty of third-party tools. Just add “gif” right after the “www.” in your original YouTube URL to find one of the simplest, Gifs. If that option doesn’t particularly grab you, Giphy can work with YouTube clips, as can Imgur.

6) Loop videos with no extra software 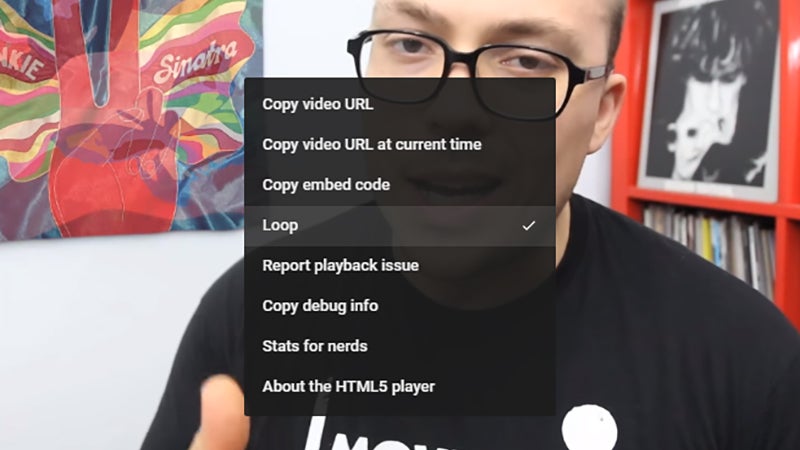 In the old days you needed some kind of browser extension or a special URL code to get YouTube videos to loop automatically, but not anymore. Now you can just right-click on the video as it plays and choose Loop. When it finishes, it will begin again from the start.

It only works for single videos rather than playlists, but if you’ve got an extended mix or a live show going and you don’t want the music to end, this is a really easy way to do that. The other options on the right-click menu let you copy the URL and see various video stats. 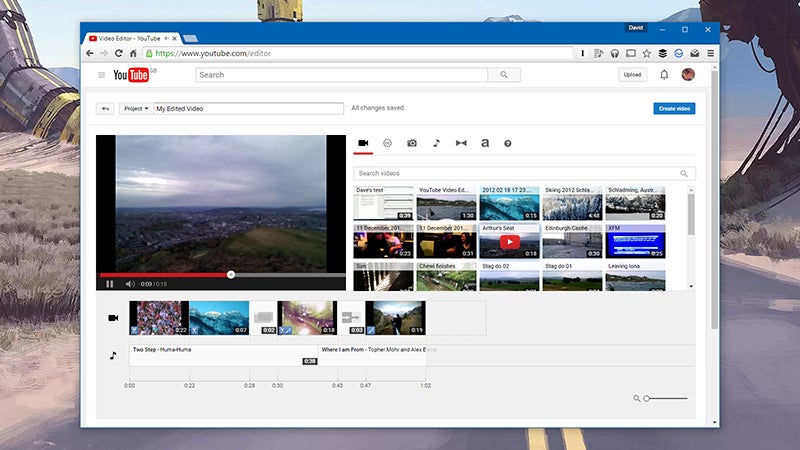 You don’t need any separate software to edit your YouTube videos, because the site comes with an integrated editor of its own, which can be accessed at youtube.com/editor. You can combine clips together, add music on top, insert transitions, and much more besides.

The online interface is pretty simple, but it lets you split clips up, rotate the orientation, apply a number of quick-fix filters, and stabilise your footage. You can also add text and titles on top, include still photos, and (for the extra-paranoid) blur particular objects. 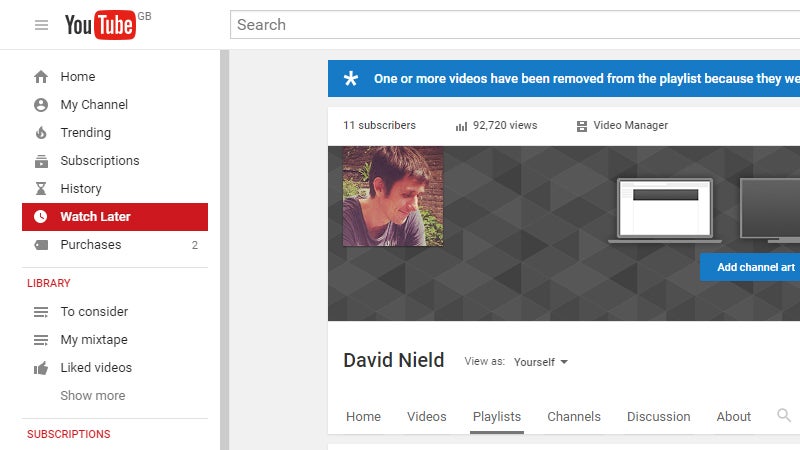 YouTube includes a watch-it-later service that works like Instapaper for movies. It’s been around a long time, but it’s one of those not-so-obvious features that a lot of people don’t know about. When watching a clip, click the Add to button then choose Watch Later.

It’s actually just a playlist that YouTube sets up for you but it’s handy when you don’t have time to watch all the video content you want to right now. From the main YouTube menu you can access the Watch Later list as well as your subscriptions and your viewing history.

360-degree videos are the entry level form of virtual reality. You can gaze around in any direction, but you can’t move anywhere or interact with anything. More and more clips are appearing on YouTube in full 360, and you don’t need a VR headset to enjoy them.

Inside a browser, click and drag with the mouse to peer around. If you’re using the official apps for Android or iOS, then move your handset around as the video plays. Any “360" search will turn up some content, but the official 360° video channel is a good start too. 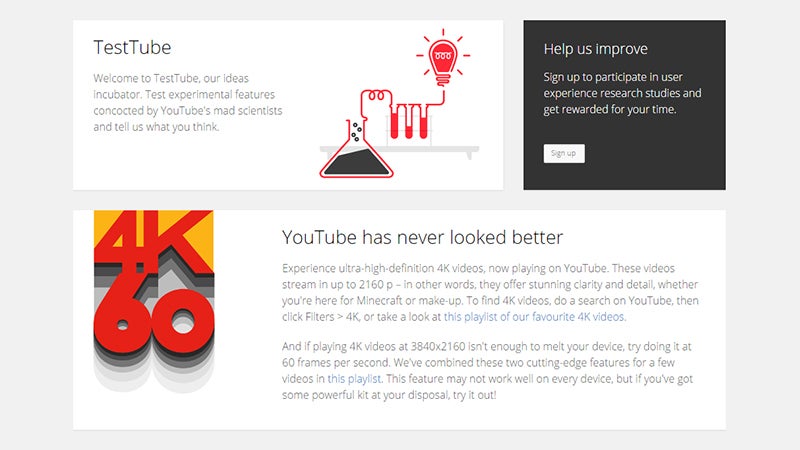 If you want to try out the latest experimental features on YouTube before anyone else, then give TestTube a try by visiting youtube.com/testtube. The various goodies available will vary over time but right now you can sign up to try out YouTube’s 4K streaming.

In the past, new designs for the YouTube player have been funnelled through TestTube first, and so it’s well worth signing up for if you want to see new features in advance. Please note that you may have to put up with a few bugs and inconsistencies along the way.