It looked like Riri Williams was going to be the next War Machine, taking the spot of the recently deceased James Rhodes. But it turns out that the subplot involving the teenage genius will be going somewhere else entirely. Marvel says that Riri will be wearing red-and-gold power armour soon and becoming an Iron Person. 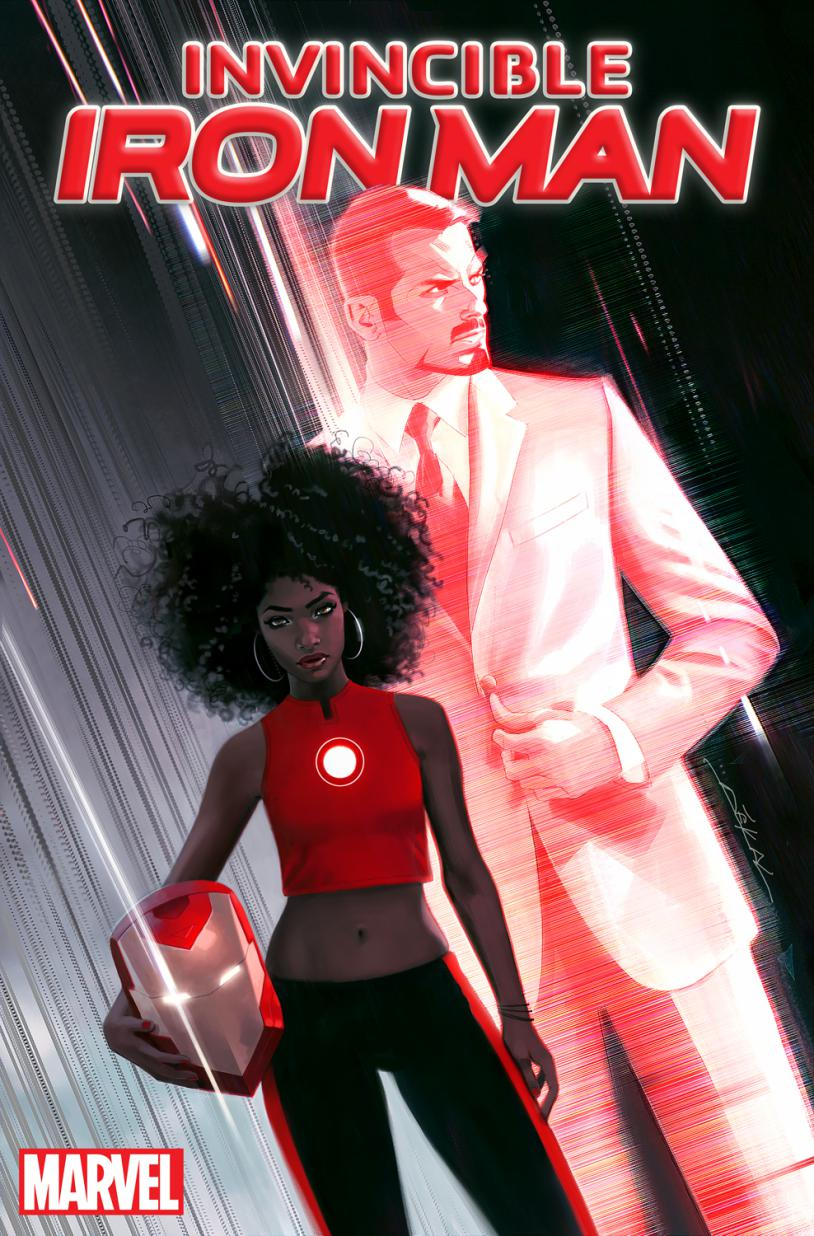 The news comes via Time’s interview with Brian Michael Bendis, who says that events in Civil War II will lead to Tony Stark moving away from full-time adventuring:

We’re in the middle of a very big Tony Stark storyline—actually three storylines converging. His best friend died, his company is collapsing and he’s finding out who his biological parents were all at the same time. That’s stressful for a character who is wired the way Tony is wired and has dependency issues the way Tony does.

Tony is also a master at not paying attention to the thing that’s most important and distracting himself with Avengers stuff. How that all shakes out such that Tony is no longer in the armor? You’ll have to wait to find out for the end of Civil War II. But it does create a path or Riri Williams, who Tony will know and will be interacting with very shortly in the comics.

Riri has already been seen in recent issues of the Invincible Iron Man series, cobbling together crude armour out of whatever she can find lying around the MIT campus. In my talk with Bendis last month, he said that her intelligence rivals that of Stark’s:

… So as a bit of a segue, it seems that you’re setting things up with Ri Ri in Invincible Iron Man.

Bendis: Yeah. Perfect example, by the way of what I’m talking about. There’s a lot more going on in the books than just that. I’m sorry. Go ask your question.

Should we not be surprised to see her stepping up in a bigger role in the Marvel Universe?

Bendis: Well, a lot is going to happen in Civil War 2. There’s a lot going on with that character, we just introduced her. We don’t even know her backstory or her family situation or anything like that. We do know that she’s probably smarter than Tony, which is a lot of fun to write in a book starring the man who is always smarter than everybody in the room. Or thinks he is.

I will tell you we’re enjoying her a great deal on our end. I’m curious to see what people think of her in a few months. But yeah, you’re going to see more Ri Ri coming up.