With millions of tourists visiting its theme parks around the world each year, it makes sense that Disney would want to track how visitors move about its attractions to help minimise queues and crowds and also to provide a unique experience for each guest. But does it have to sound so incredibly creepy?

The parks already offer a wearable wristband called the MagicBand that allows visitors to skip the queues on many rides and access photos automatically taken by many of the attractions. It also allows the company to collect information about its guests, which is useful for marketing and future park design. 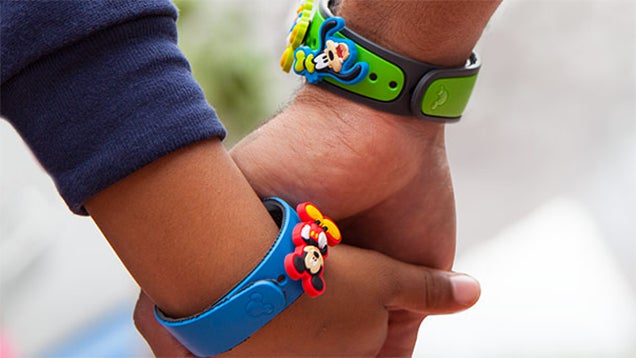 But that’s an opt-in service which means that many guests walking around Disneyland, Walt Disney World, or Disney’s other theme parks, aren’t being tracked. Mickey can’t have that. So, according to a patent filed last year, Disney wants to use covert cameras hidden around the park to photograph and track guest’s shoes and other footwear to keep tabs on where they go, or what attractions they’re visiting.

Upon entering the park, through the main gates, an image of a visitor’s shoe is automatically snapped and stored alongside with basic demographic information. The patent also describes a robot that would roam the park and secretly snap photos of random guest’s feet to help collect additional data about how visitors are moving about the park. There’s no word on if or when this system will ever be implemented, but before you plan your next family holiday, consider just going barefoot the entire time. [USPTO via Daily Mail via Laughing Place]