Divers Discover a Tub of Cheese in a 17th-Century Shipwreck

An on-going excavation of a Swedish warship sunk in the 17th century recently yielded quite the haul. The newly found treasure includes gold coins, a diamond ring, and a 340-year-old pot of cheese. Truly, the ocean is full of wonders.

The Kronan was a 105-gun battleship sunk in the Baltic Sea in 1676 during a naval battle. It was lost for over 300 years, until archaeologists finally located the wreck in 1980. Since then, it’s been the site of several digs and even now keeps turning out new artefacts from the sea floor. 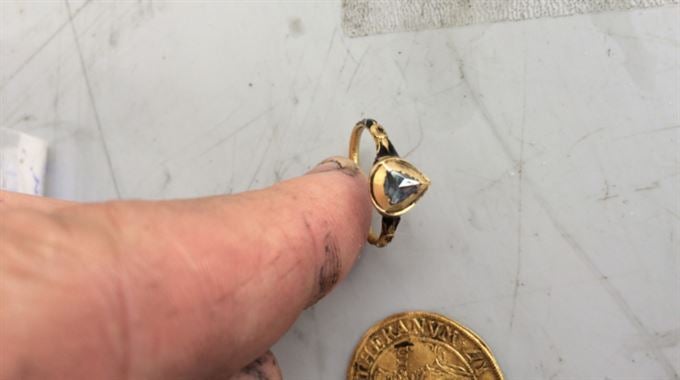 The latest find is particularly interesting — but not because of the precious jewels. Although it may not sound like a treasure to rival gold coins and diamond rings, the pot of cheese that’s been marinating in the sea for hundreds of years could end up being one of the more valuable finds archaeologically. 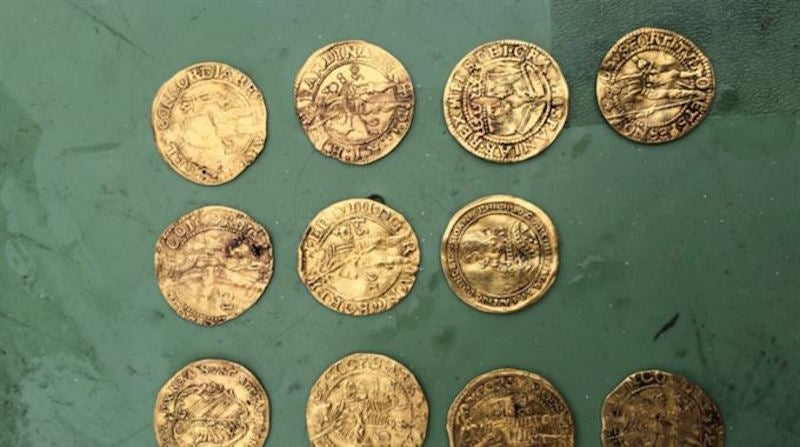 A bunch of beautiful gold coins!

Artefacts from the Kronan have revealed a lot about what life was like aboard these centuries-old warships. An earlier expedition uncovered the ship’s medical and pharmacy kit, for instance, which gave researchers a window into medical treatments of the day. This cheese could give researchers a similar glimpse into how people ate aboard the ships.

Lars Einarsson of Kalmar County Museum led the dig and told The Local that the cheese appeared to be some sort of early roquefort. That identification was due mostly to its exceptionally strong smell, which Einarsson described (very kindly) as “quite nice, because I like exotic food”.

Alas, it seems unlikely that we’ll get a report on the taste of 300-year-old roquefort anytime soon. Einarsson also said that they have no current plans to sample the cheese. Instead, they’re going to analyse the composition of the sample to get a better idea of what life and the kitchens were really like aboard a 17th-century warship. [The Local]