Wow. So that happened.

After we specifically asked you not to click on this article, you went ahead and did it.

In doing so, you just fell for one of the oldest tricks in the book. To get your much-valued click, we employed a means of persuasion known as “strategic self-anticonformity”, or what’s commonly known as reverse psychology.

Reverse psychology is when we try to get a person to buy into a belief or behaviour by suggesting the exact opposite of what they actually want. It works because we don’t like to be told what to do — so much so that we’ll do something we don’t want to do or don’t believe in just to assert our autonomy, even if that means doing something completely irrational or against our best interest. And we’re so stubborn we aren’t even aware it’s happening.

Most people think of this trick as something that can only be used on children, or prefer to relegate the concept to the dubious ranks of pop psychology. But the effect is quite real, and it’s something we can use in our daily lives to surprisingly good effect. It doesn’t work on everyone, and certainly not all the time — sometimes it even backfires — but when used properly and responsibly, it can help us navigate difficult people, while also getting folks to do things for their own good.

“The freedom to choose very often provides control...which allows people to do what serves them best.”

Why does it work at all? By going against the grain in these situations, we’re trying to reestablish freedom and autonomy. This behaviour can be quite adaptive (to a degree), and may have roots in our evolutionary past.

According to Paul Nail, a psychologist with the University of Central Arkansas, being a pain in the arse serves a purpose when it comes to increasing one’s social standing. A disagreeable person who’s low on the social totem pole can disrupt the harmony of a group in hopes of attracting followers. Eventually, this could help the person rise up the pecking order, or even replace the current leader.

Where would we be without the power of “reactance?” (Image: Fibonacci Blue)

Psychologically speaking, this urge is driven by a phenomenon known as “reactance”, a term coined by psychologist Jack Brehm back in the 1960s. Reactance is that unpleasant feeling we get when our freedom to choose is under threat. This often causes us to be contrarian, and we do the opposite of what we’ve been told to do. Not surprisingly, reverse psychology works best on people who are resistant to change and generally disagreeable.

As psychologist Jeff Greenberg from the University of Arizona Tucson told Gizmodo, “[t]he freedom to choose very often provides control...which allows people to do what serves them best”. Relinquishing control and not standing up for one’s rights can sometimes be harmful, so our proclivity towards reactance may be the product of evolution.

Children can’t help but be sucked in by this line of persuasion. Reactance is important from a developmental perspective. As Austrian psychologist Otto Rank observed over a century ago, a child’s will initially emerges as a counterwill, and kids learn the word “no” before they learn “yes”. Opposition to parental control is how children develop their sense of individuality, and how their sense of agency first emerges.

Reverse psychology can still be used well into adulthood. In a 2011 study co-authored by Paul Nail, 200 university students were surveyed about their use of reverse psychology and other influence strategies. Some two-thirds of respondents said they used the persuasion technique in their daily lives, and on a fairly regular basis.

But that same study demonstrated that not all forms of reverse psychology are the same. In some cases, the students used it to elicit a reassuring response. “Some students seemed to put themselves down in front of friends in hopes of gaining social support or reassurance,” Nail told Gizmodo. It’s a strange, and even backhanded, way of being reassured — but hey, it works. 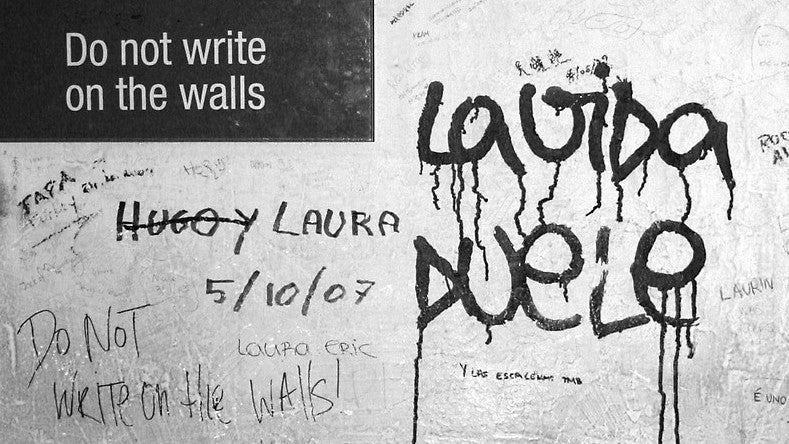 When trying one’s hand at reverse psychology, avoid directives that aren’t completely necessary or overbearing. In 1976, James W. Pennebaker and Deborah Yates Sanders conducted an experiment similar to the title of this article. The researchers placed one of two signs on the bathroom walls at their college, one reading “Do not write on these walls under any circumstances”, while the other simply read, “Please don’t write on these walls”. Two weeks later, the walls that included “under any circumstances”, exhibited far more graffiti than the walls with the less injunctive sign.

A similar strategy could be applied to a political campaign. Sometimes, opinions can be swayed when something is taken away. Psychologists once examined the attitudes of university students before and after a speech favouring co-ed dorms was banned. Support for these co-ed dorms increased after the speech was banned. 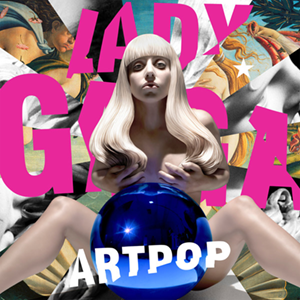 Lady Gaga doesn’t want you to buy this album.

Another way to get what you want is to tell people not to give you want you want. Back in 2013, Lady Gaga literally told her fans not to buy her latest album, ARTPOP, stating that she was “no longer relevant as an artist”. The band Queen did a similar thing when promoting “Bohemian Rhapsody”, telling DJs that they shouldn’t play the song on account of its length.

On the flip side, you can also tell a person what you want knowing full well they’ll say no, and then present an alternative that you actually want. Apply this strategy the next time you and your partner bicker over which film to watch, and see if see if they end up choosing your preferred movie just to spite you. It’s a win-win situation; you get to watch your movie, and your partner feels they had power over the decision.

“According to country singer Mel Tillis, his father was ‘endlessly contrary’ towards his wife (Tillis’s mother), constantly disagreeing with what she wanted,” Nail said. “If she said she wanted to go out to eat barbecue, he would take her to eat Mexican, and vice versa. Eventually, his mother learned to request the opposite of her true choice and wound up getting what she wanted all along.”

Nail insists that he doesn’t necessarily endorse these tactics as influence strategies.

“[It] involves deception and is Machiavellian in its very nature,” he said. And it usually only succeeds when there is “a considerable gulf” between would-be manipulators and their targets in terms of social awareness, social skills, age, or experience.

According to Nail’s colleague, Greenberg, it can also backfire: “If the freedom isn’t important, if the threat seems too severe to resist, the person may comply with the command and thus do the opposite of the intended effect.”

For those looking to use reverse psychology in their daily lives, Nail says it’s important to be subtle and careful, given the potential to backfire. For those on the unwelcome receiving end of reverse psychology, it’s probably best to tell the manipulator exactly what they’re doing and call them on it.

“In my experience, once a manipulator is exposed, all the social power shifts from the manipulator to the intended victim,” Nail said.