Flash is an lingering remnant of an older internet that’s basically been on life support for years now. It’s buggy, insecure, sucks the soul out of your battery, and honestly you should’ve disabled Flash by now anyway. But Firefox will soon be pulling the plug for you.

In a new post detailing the future of Flash on Firefox, Mozilla engineer Benjamin Smedberg says that by next month Firefox 48 will disable all non-essential Flash web components by default. To show that Mozilla means business, Firefox will also revert Flash to click-to-activate status sometime in 2017. If you own a website or game that currently runs on Flash, Mozilla only has one bit of advice: Update to HTML tech as soon as possible. 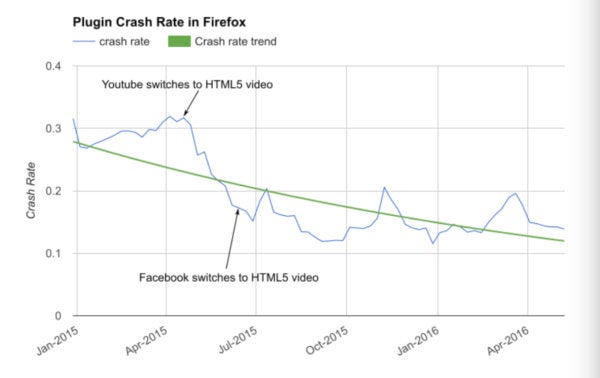 Google Chrome applied a similar restriction to Flash last year. In 2014, Firefox completely blocked a version of Flash due to a serious security vulnerability until Adobe could make a patch.

Flash, it was fun while it lasted, but it’s time to say goodbye. [Mozilla]