There’s been a lot of finger-wagging of late about the health risks associated with sitting at a desk all day, or binge-watching our favourite TV shows. Now couch potatoes can rejoice because a new study has found that just an hour of moderate activity a day wipes out all the negative impacts of sedentary behaviour — contrary to some prior studies claiming exercise didn’t help much at all.

“Our message is a positive one,” lead author Ulf Ekelund, of the Norwegian School of Sports Science and the University of Cambridge, said in a statement. “It is possible to reduce, or even eliminate, these risks if we are active enough, even without having to take up sports or go to the gym.”

The study is part of a new four-paper series published today in The Lancet, along with several commentaries, timed to appear just before the start of the Olympic games. That’s not a coincidence. It’s a follow-up to a 2012 series in The Lancet declaring physical inactivity a “global pandemic”, and estimating that 5.3 million people die each year due to inactivity. The 2016 series examines how much progress has been made over the last four years to counter this. [You can listen to a full Lancet podcast about the whole series here.]

Sitting for long periods — as many of us do for work — and binge-watching TV is the new smoking when it comes to human health risks. Over the last few years, there have been countless studies claiming links between our sedentary lifestyles and heart attacks, kidney diseases, chronic diseases, and colorectal cancer. Others warned that this behaviour shortens our life expectancy and gives us mental health issues. And even for those who exercise regularly, a 2014 Mayo Clinic study found that every hour you sit reduces the gains of your daily workout by eight per cent. 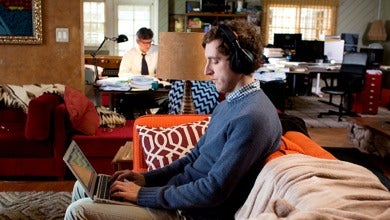 Now for the good news: that last bit might not be true after all. Earlier this year, yet another study, this time by researchers from the University of Leicester, found that people who exercise regularly really do offset the unhealthy side effects of sitting all day. And the latest meta-analysis published today in The Lancet supports that conclusion.

Granted, an hour a day of moderate exercise is twice the amount of exercise recommended by the current World Health Organization (WHO) guidelines. Even 30 minutes a day can be beneficial, but if you really want to offset all that sitting and binge-watching, the researchers agreed that you’ll need to double that. This doesn’t mean intense gym workouts or hardcore training for marathons. Anything that boosts your heart rate qualifies, including a nice brisk walk to work or leisurely bike ride.

Bear in mind that this is a meta-analysis of prior research. According to Ekelund, he and his colleagues first combed through the existing scientific literature and picked out 13 studies relating to how much time people spend sitting and mortality (defined as premature death). Then they contacted the original authors and asked them all to reanalyse their data using the same parameters. This gave them a huge sample size, comprising over 1 million subjects in all.

Ekelund and his colleagues divided the subjects into four equal groups, based on their level of physical activity — anywhere from less than 5 minutes a day, to an hour or more per day (60-70 minutes, on average). They found that those who were sedentary for eight hours a day, yet countered this with an hour of physical activity, had a much lower risk than those who maybe didn’t sit for as long a period, but were not as physically active. That suggests it’s not the sitting, it’s the exercise that is the most relevant factor. (Needless to say, people who sat the most and exercised the least had the highest risk.)

So what about binge-watching our favourite TV shows, which can be an even more passive activity than sitting at a computer typing? There have been a lot of hysterical headlines in recent years about how watching too much TV is totally going to kill you.

There’s some grounds for the concerns. A 2014 Spanish study found that if you’re watching three or more hours per day, you’re twice as likely to die in the next few years. Sitting in front of the TV has also been linked to higher risk of colon and lung cancers. Just this week, yet another study appeared warning about the dangers of excessive binge-watching, this time showing an increased risk of dying from a blood clot in the lungs among the Japanese subjects.

More good news: an hour of exercise a day also helps reduce this risk, according to Ekelund, although the beneficial impact is not quite as strong. He attributes the difference to what he calls “residual confounding” — that is, other factors are likely influencing the outcome of the analysis. Some people might have a more unhealthy lifestyle overall, or perhaps we snack or drink more while watching TV, all of which could adversely impact our health.

As for those who might protest that an hour a day of moderate exercise just isn’t reasonable for very busy people, Ekelund pointed out in a London press conference earlier today that the average amount of time adults in the United Kingdom spend watching TV is 3 hours and 6 minutes. “I don’t know if it’s too much to ask that maybe a little of those three hours be devoted to physical activity”, he said. The general rule of thumb, as Ekelund succinctly advised: “Sit less and move more, and the more the better.” [The Lancet]