Juno Had a Glorious View During its Final Approach to Jupiter

Before it powered down in preparation for the big engine burn last night, NASA’s Juno spacecraft captured some absolutely stunning footage of the four Galilean satellites in orbit around Jupiter.

The time-lapse video above shows us the four largest moons of Jupiter — Io, Europa, Ganymede, and Callisto, from innermost to outermost — spinning around the gas giant like tiny hands on a clock from June 12th to June 29th. Since these are the same moons spotted by Galileo Galilei in 1610, I thought a little comparison might illustrate what four centuries of technology can do: 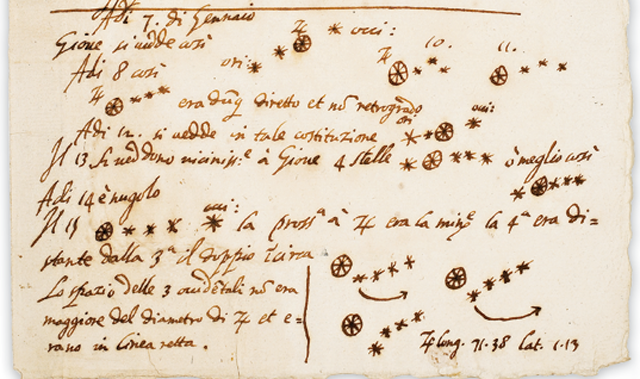 Although the main focus of the Juno mission will be Jupiter itself, the citizen science camera JunoCam might get a few good shots of Jupiter’s moons, as well. But it’s the close-ups of the vast aurora at Jupiter’s north pole that I’m most excited for.