Stranger Things — an eight-part Netflix series that debuts July 15 — is set in the 1980s and is heavily influenced by Stephen King and Steven Spielberg works of the era, including E.T., Firestarter, It, Stand By Me, and Poltergeist. Heavily, heavilyinfluenced. Is that a bad thing? Certainly not when it’s this much fun to watch.

The story begins on November 6, 1983, in the small town of Hawkins, Indiana. The only interesting thing about Hawkins is that its outskirts are home to a mysterious laboratory operated by the Department of Energy, a place that’s dripping with Cold War paranoia and some very weird science. In Stranger Things’ first moments, we witness something break free from the facility and cross paths with young Will Beyers as he’s bicycling home from a heated Dungeons & Dungeons campaign.

The disappearance of Will Beyers — which is also the title of Stranger Things’s first episode — is the crisis that sets everything in motion. The kid-goes-missing scenario is one that we’ve seen countless times before, on TV and in movies; the kid-with-creepy-powers trope, which takes the form of a girl who turns up in Hawkins after Will vanishes, is also a well-travelled path. But being so reminiscent of the works listed above (especially E.T.), as well as The Goonies,Carrie, and others, is one of Stranger Things’ greatest strengths.

This familiarity is a deliberate choice. The Duffer Brothers (whose previous credits include writing episodes of Wayward Pines) wrote and directed nearly every episode with the goal of crafting “a love letter to the cult classics of the ’80s”, according to Netflix’s official description. The nostalgia factor is huge: the retro theme music and soundtrack choices, carefully chosen props and decor, nerdy pop-culture references — even the casting of 1980s and 1990s icon Winona Ryder as Will’s frantic mother has throwback appeal. 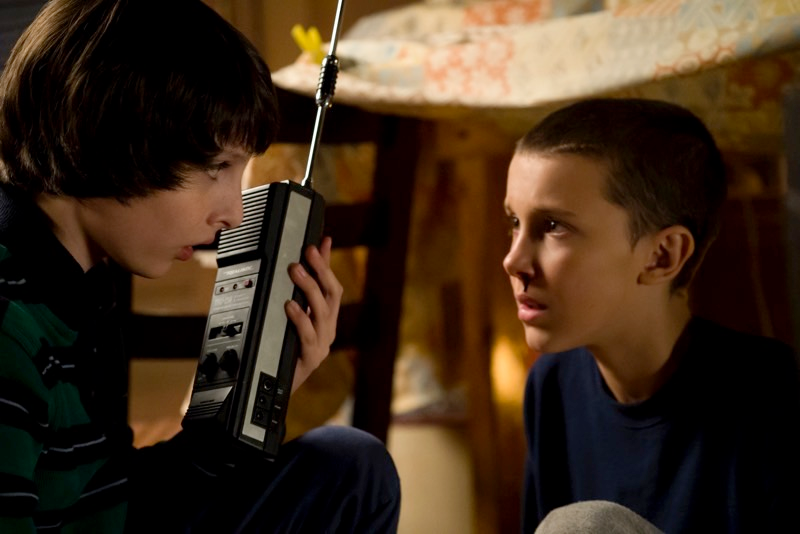 All of this feels authentic rather than gimmicky, for the most part, and it complements the story rather than overshadowing it. Stranger Things — the title evoking not just new realms of weirdness, but all the kiddie fears wrapped up in “stranger danger” — gets the details right. And it has some killer influences. But why should you bother committing to an eight-hour series when you can just go watch E.T. or Close Encounters of the Third Kind again?

The biggest reason is that Stranger Things is so entertaining that it’s totally worth the time commitment, because believe me you will be mainlining the whole thing once it hooks you in. The characters are especially well-drawn, no small feat when most of them are around 12 years old. Will’s buddies, especially Finn Wolfhard (who’ll next be seen in the new It adaptation) as sensitive Mike, feel like real kids. They talk shit, they worry about when to go to the police or their parents, and they make plenty of stupid mistakes and naively dangerous decisions.

The same goes for the older crew of kids, especially Mike’s sister and Will’s brother, who are high-school classmates but don’t run in the same circles. And aside from Matthew Modine’s mad scientist, whose character is fairly one-note, the grown-ups are also realistically, refreshingly flawed. Ryder is great, as is David Harbour, who plays the unexpectedly badass Hawkins chief of police.

Even more importantly, Stranger Things may revolve around a pack of preteens, but it doesn’t pull back from the horror that’s a big part of its story. And it’s horror that treads on many levels. Obviously the thing that escapes from the lab provides plenty of physical terror; the fact that it can manipulate electricity only adds to the something-wicked-this-way-comes vibe that precedes its every appearance. But there are also schoolyard bullies who are nearly as scary, at least to Mike and his friends, as the sinister government conspiracies that lurk below Hawkins’ Anytown USA facade. Discovering evil as a coming-of-age concept is nothing new — “You read any Stephen King?” asks one character, who might as well be addressing the audience — but when it’s done this well, it’s still completely satisfying.

Stranger Things will be available on Netflix starting July 15.