A secret satellite was launched into space yesterday. We don’t know just what it’s doing in space. But! We can see in these pictures exactly how it got there: aboard an incredibly fast rocket.

The Atlas V isn’t quite as big as ULA’s other big launch rocket, the Delta IV, which is the largest in the world. It is, however, very fast. In 2006, an earlier incarnation of the same model rocket broke the world record for launch speeds at 47,000 miles per hour during the New Horizons launch.

Details on the rocket’s payload from the US National Reconnaissance Office are, naturally, shadowy. There is, however, a hint about the package in the mission’s (perplexing) logo, which appears to show either a very large monitor lizard or a very small dragon hitching a ride. 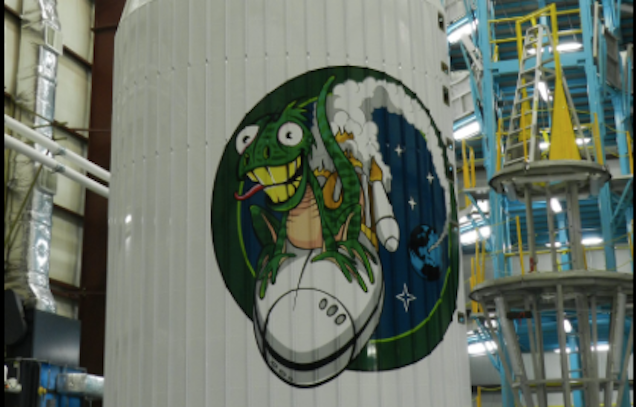 Whatever it was, this set of photos appears to show a successful launch, taking its tiny amphibian chimera into space.