Those Unlicensed Christian Nintendo Games Are Back... On Kickstarter

Inside the NES was a specially-designed chip, and games licensed through Nintendo contained the appropriate key to keep hack publishers from making low-quality games for the console. Wisdom Tree were one of the first companies to circumvent this security measure, and they used their unprecedented edge for one purpose: to create janky Bible-themed games. Now it’s decades later and Wisdom Tree still exists, and they’re raising money for a new console.

Wisdom Tree still produce some legitimate cartridges. The devout retro gamers among us can buy Super Noah’s Ark 3D ($40/£30) or whatever Mr. Bloppy Saves the World ($35/£27) is for SNES through their webstore. But what about those classic—and I used the world classic very loosely here—NES games? Well the company began a Kickstarter campaign yesterday to fund the Arkade, a plug-and-play mini-console containing all seven of their 8-bit games. It’s made to resemble the NES controller to a degree that cannot possibly be legally advisable. 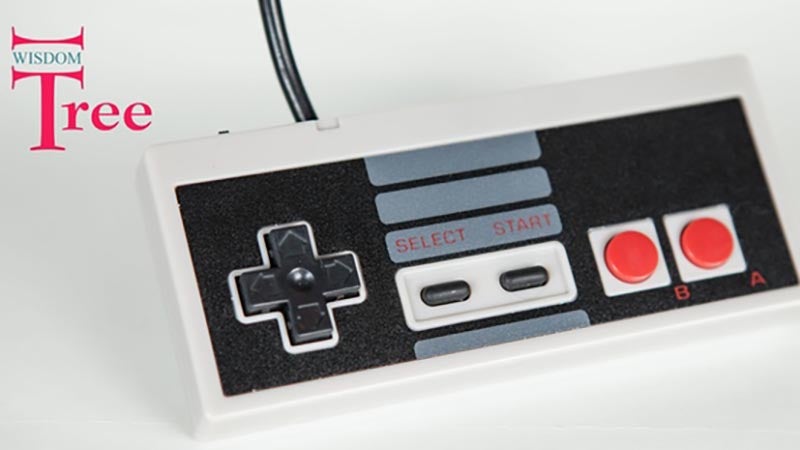 The Arkade will come packaged with games like Bible Adventures, Bible Buffet, Joshua — the Battle of Jericho, and King of Kings. (I’ve had the displeasure of playing King of Kings. It’s buggy as hell and the platforming segments are interspersed with slow-scrolling bible trivia questions whose function to gameplay was non-obvious.) At the time of publication, the Arkade Kickstarter has reached $3,774 (£2,851) out of its $16,500 (£12,467) goal.

At the uppermost stretch goal of the fund ($350,000/£264,481), Wisdom Tree will bestow unto us “a fully animated motion picture for Super Noah’s Ark 3D,” which might not be that bad, considering it’s just a heavily reskinned Wolfenstein 3D. [Tiny Cartridge]