We'll Always Be Able to Catch Pokémon at Fukushima

Pokémon Go is everywhere, and for some, that’s a problem.

Tokyo Electric Power Company Holdings Co. (Tepco) is urging players in Japan not to venture into the radiation zone around its damaged Fukushima reactor — which melted down in 2011 — for fairly obvious reasons. Tepco joins the Holocaust Museum in Washington D.C., Nagasaki Peace Park, and the Auschwitz Memorial, in petitioning Niantic to exclude pokémon, PokéStops, or gyms from appearing on their premises. Sadly it’s not likely to happen soon.

Location-based apps know when you’re near a point of interest, and setting up blackout spots would be relatively simple for a company with Niantic’s skills and connections. But PoGo has already been plagued with server issues, irritating bugs, and a thoroughly broken combat system. At San Diego Comic-Con, Niantic also claimed the game is only about 10 per cent complete. But besides having bigger virtual fish to fry, creating blackout zones puts the company in a precarious position.

As the game exists currently, monsters appear algorithmically based on a number of location and weather data points (or so the current thinking goes.) Pokéstop/gym locations are imported from a previous game, Ingress, where they were generated by users. In tandem, that means little to no culpability on Niantic’s part when friction exists between the real world and the virtual one it built. Sites of human genocide and irradiated quarantine zones seem like fairly obvious candidates for exclusion, but they open a can of worms for which Niantic would be responsible. What about a local business that’s sick of loiterers? Or a virtual monster Do-Not-Catch list for private citizens? It’s not hard to imagine a selectively functional app becoming a terrific headache, and one that Niantic would be forced to adjudicate.

There’s little reason for players to venture towards Tepco’s ruined reactor — it’s believed that the number of pokémon sightings in an area is directly related to population density, meaning the catchable monsters in the Red Zone should be nearly zero. Even so, the area still affected by the meltdown is enormous, and many pokéstops appear on the Ingress game map within those boundaries. While there are checkpoints to stop people from entering the exclusion zone, many have been able to slip through in the past. 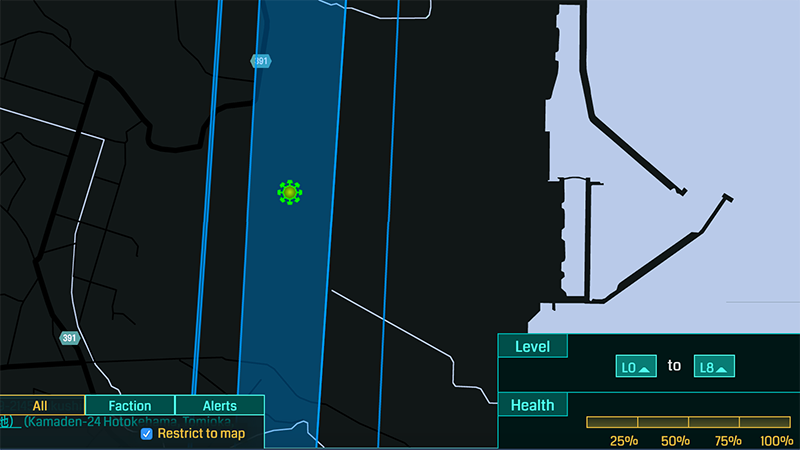 Most troublingly, an Ingress location appears just outside the reactor. To the day Fukushima is leaking dangerous isotopes into the ocean. Some, like Caesium-137 and have decades-long half-lives.

A spokesman from the Pokémon Company told the Japan Times that some gyms and PokéStops were being kept open around Fukushima for when evacuees are allowed to return, though it’s unclear why the Pokémon Company was speaking on behalf of Niantic. A spokesman from Niantic told the Guardian that the game would be modified if problems were discovered — a vague and cagey sentiment from a company that is encouraging its player base to wander onto the site of a nuclear disaster. In all likeliness, Niantic will wait as long as possible before publicly involving itself, because once it does there will be no turning back. In the meantime it appears to be making changes quietly, like removing two of the 9/11 Memorial PokéStops, Fortune reported.

Niantic — as has been the case with every single Pokémon Go story appearing on Gizmodo — was unavailable for comment.