F-22 Raptor Gets Owned By a Bunch of Honey Bees

The F-22 Raptor is one of the military’s most powerful weapons, but everything—man, woman, sentient rotted orange—has a weakness. For the fighter jet, that weakness is BEEEEEEEEEES!

In June, one of the fleet was found with a massive swarm of honey bees—as many as 20,000, according to the Air Force, which described the incident this week—attached to its exhaust nozzle. Though some wanted to “get rid” of the bees, Tech. Sgt. Jeffrey Baskin decided to do the humane thing and call in the experts.

After Langley-Eustis’ resident entomologist realised he couldn’t do shit about the swarm, the base brought in Andy Westrich, a retired Navy member and a local bee keeper, who was able to remove the bees using vacuum hoses. 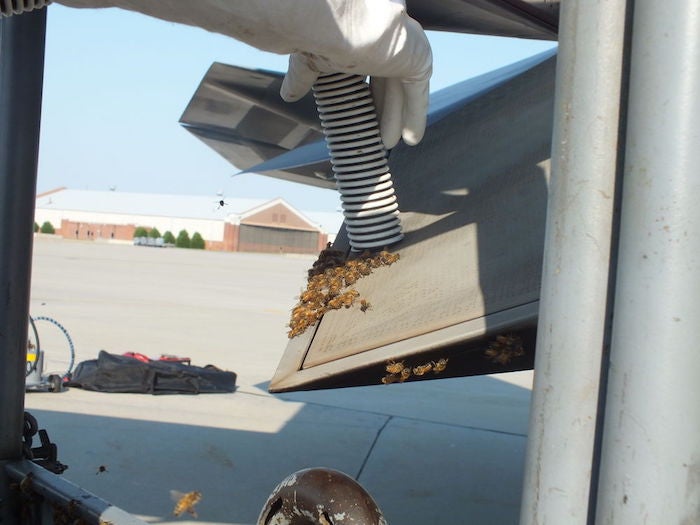 Westrich brought them to a brewery, where they’ll “maintain the honey bee colony and use the honey for their production facility.” He thinks the swarm may have landed on the F-22 because the queen got tired while flying to a new hive location.

The F-22-hating bees are in good company: In May, a swarm attacked a car in Wales after it apparently drove off with their queen. And in July, a swarm in Canada parked itself on a silver pickup truck.

Perhaps they’re trying to tell us something? 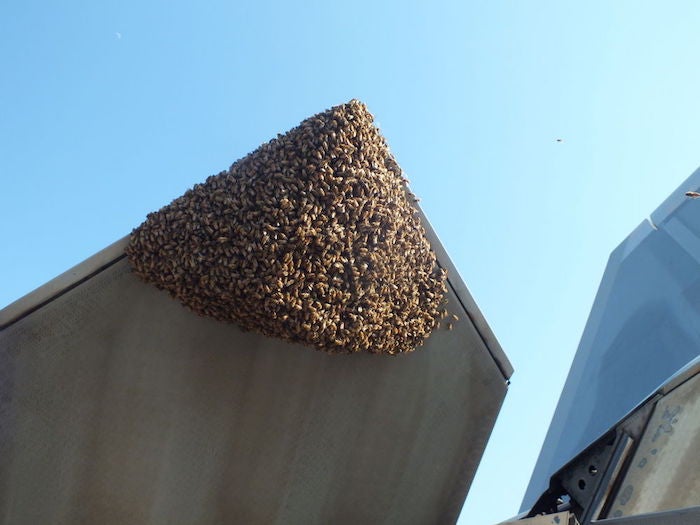 Look at all those bees! (Image: Carlos Claudio/US Air Force)