How to Watch the Exceptional Perseid Meteor Shower Tonight

Every year, the Perseids are a spectacular show. But this year, they’re something even more special than usual, and you shouldn’t miss it. Here’s how, when, and where to watch the Perseid meteor shower—and what you should be looking for when you do.

The Perseids are an annual meteor shower that shows up right at the height of summer in August. Usually, the shower comes to an impressive peak of almost 100 meteors per hour. That number is already enough to tie it with the Geminids for the most prolific shower of the year, but this year we should see rates of almost double the normal amount, with 160-200 meteors each hour.

It’s called an outburst—and this is the first one we’ve seen in the Perseids since 2009. The already considerably thick blanket of meteors we see during the Perseids is due to the trail of dust and debris from Comet Swift-Tuttle. This year, however, the comet’s trail is pulled a little closer to us by Jupiter’s gravity—and that means that instead of skirting the trail’s edges, our planet passes straight through the thick of it, doubling the amount of debris we see burn up beautifully in our atmosphere as meteors. 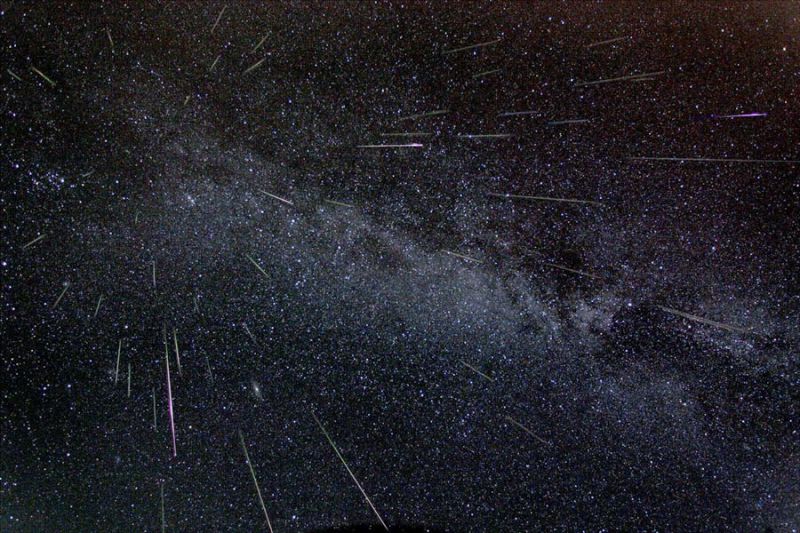 But it’s not just the number of meteors to be on the look out for this year. There’s also something exceptional about those meteors themselves. Each year, the Perseids mix in a high number of fireballs into the shower, which burn brighter and bigger than any plain old meteoroids. Even on a regular year, it’s the best shower of the year for fireballs. But, like I said, this is no ordinary year.

“The last Perseid outburst, which happened in 2009, was pretty spectacular, with a fair number of fireballs mixed in with the regular meteors,” Bill Cooke of NASA’s Meteoroid Environments Office told Gizmodo. “I would think that this year’s display, on the night of the 11th/morning of the 12th, would be similar.”

With an average speed of 132,000 mph, the meteor trails that we’ll see were already going to be plenty bright and long. But fireball explosions mean not only extra bright meteors, it means that you could also see meteor smoke—not actually smoke, but trails of ionised light that linger and wave in the sky even after the meteor is gone.

The best viewing of the Perseids is going to be tonight, although tomorrow night and perhaps even through the weekend will also be excellent viewing. Although anytime after dark should net you plenty of meteors, the peak will be between midnight and dawn. 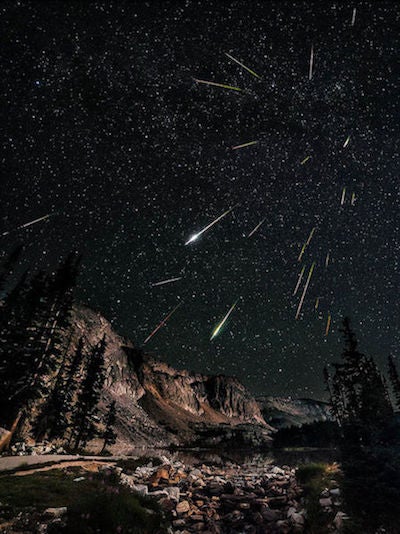 The greatest threat to seeing this year’s shower is every stargazer’s classic enemy: the moon. This year, we’ll have a half moon to contend with and that should wash out some of the meteors we see but, with so many, not even the moon can obscure the view too much. In fact, this year’s show is going to be so exceptionally strong and bright that, even in a city, you might still be able to spot some—although if you can’t, there’s a reliably good livestream over at Slooh.

Your very best bet, though, is to pack a bag and head out to the darkest place within driving distance. Make sure to pack a star map (or app), a blanket to lay out on, a flask, snacks, and mosquito repellent. Leave the telescopes and binoculars at home—they’ll only make it harder to scan the full sky.

A good place to start looking is the radiant, right above the constellation Perseus. But, if you want to see meteor trails (which, believe me, you do), you should lean back and take a look at the full sky’s view of this genuinely spectacular meteor shower.