SpaceX Is Finally Sending a Used Rocket Back Into Space

Having ended up pretty good at landing their rockets, SpaceX will now towards the other half of its plan to build fully reusable rockets: sending one of its used rocket back into space.

The cargo for the mission will be a communications satellite from SES, the SES-10. Thanks to the success of the landing missions, however, SpaceX has its choice of several rockets that will become the first to go back into space, however. The company previously noted that the very first of the company’s rockets to successfully land would be held on to for display, instead of blasting back into space. As you can see in this picture of SpaceX’s storage hangar for its launched rockets, that still leaves quite a few to pick from. 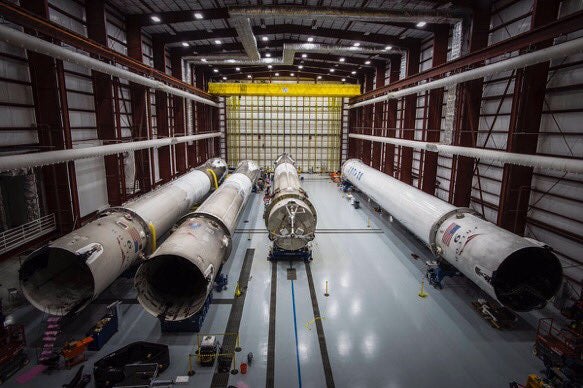 A SpaceX spokesperson told Gizmodo that it’ll be the CRS-8's Falcon 9—which launched a cargo shipment to the ISS back in April (including a space bouncy castle). This rocket was also the first to make a successful drone ship landing.

The company has no plans for a prior test mission and instead will make the mission holding the SES-10 its very first rocket re-launch. Although the precise date hasn’t yet been set, the launch is scheduled to happen before the end of the year.