For every genuinely clever device that manages to succeed on Kickstarter, there are 1,000 other ridiculous crowdfunding campaigns that thankfully don’t succeed. There’s a chance you might roll your eyes at the Nail Capsule, unless you’re not a monster and hate the thought of fingernail clippings flying all over the place. 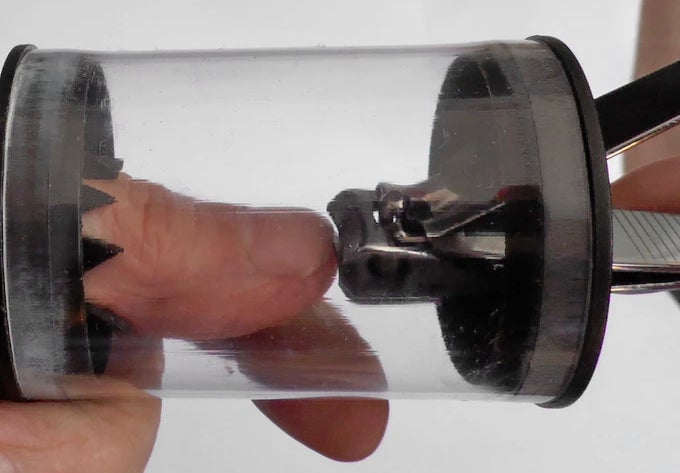 It doesn’t take a rocket scientist to figure out how the Nail Capsule works, but if you’re having a hard time wrapping your head around it, you stick a finger in one end of the tube, nail clippers in the other, and go to work.

Flexible rubber membranes on either end allow access to appendages and clippers, but trap fingernail shrapnel so you can easily dispose of them later.

The creator of the Fingernail Capsule, Gerard O’Leary, is trying to raise just north of $3,700 to help put his invention into production, and with a pledge of just shy of £6 you can help make it a reality, and get one for yourself in a couple of months. As far as crowdfunding risks go, the Finger Capsule doesn’t exactly require the skillsets you’d find in a factory like Foxconn to manufacture it, so putting it into production shouldn’t be that much of a problem. And risking £6 sure seems worth never having to step on a disgusting piece of fingernail ever again. [Kickstarter - Fingernail Capsule via OddityMall]