The Science of How and Why We Swear

When President Obama signed the legislation for health care reform in 2010, his salty vice president, Joe Biden, was caught on tape telling his commander-in-chief, “This is a big fucking deal.” It made headlines, even though it should shock nobody that hey—sometimes politicians swear, just like the rest of us.

Benjamin Bergen, a cognitive scientist at the University of California, San Diego, explores the many facets of how and why we curse in his new book, What the F: What Swearing Reveals About Our Language, Our Brains, and Ourselves. He examines their structure, cultural differences around the world about what is and is not considered offensive, and whether curse words should even be censored at all, arguing that suppressing profanity just makes it all the more powerful. “Profanity is a monster of our own perpetual creation,” he writes. Gizmodo sat down with Bergen to learn more about how and why we swear.

Gizmodo: How did you end up writing a book about profanity?

Benjamin Bergen: Most of my work focuses on how people understand words, and how they manage to communicate ideas through time and space using this limited bandwidth. We use language to convey facts, but we also use it to convey emotional information. That drew me to the words that have the most emotional content and drive the strongest emotional reactions: profanity.

In your introduction, you talk about how this is something that is difficult to study because people either have a hard time taking it seriously, or won’t allow you to use those words in an academic setting.

Bergen: That is right. There are publications that have refused to review this book, simply because they believe profanity is evidence of poor breeding and illiteracy. I see this as something like what the Kinsey report was trying to do with sexuality and sexual behavior. At the time, you didn’t have a systematic understanding of what that human behavior was. I think we are in a similar place scientifically with profanity. We don’t really understand much about the nature of the behavior. The more science that gets done, and the more that science gets described to the public in a way that is digestible and acceptable in review, I think the more we will see attitudes toward the study of profanity changing.

What’s most intriguing to me about profanity is how universal it is: it cuts across all cultures over millennia. You’ve boiled it all down to four basic categories, best summed up as Holy Fucking Shit Nigger. Explain. 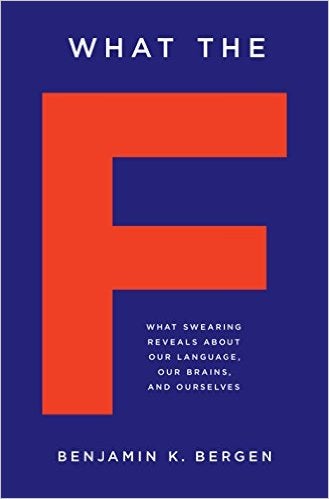 Bergen: Across the board, those are the primary four categories for swear words: religious concept, sexual activities, bodily functions and organs, and derogatory language for other social groups. Profanity is most likely to derive from things that tend to be taboo across societies. We tend to posture particular domains of human activity into particular places and social contexts. Bathroom activities happen in bathrooms, for example. So it’s not surprising that such words become the pinnacle of taboo-ness.

The landscape is very complicated, and context appears to be the biggest factor. That is true of all types of profanity, even slurs. This particular word in this particular context used for this particular purpose is acceptable, but change one of those variables, and suddenly it won’t be. If you are watching a football game with your mother and grandmother, and they come from a generation where profanity is not acceptable, maybe you won’t swear when your team’s quarterback throws an interception. But you would if you were watching the game in a bar with your buddies. And the word “wanker” is extremely offensive in great Britain, whereas most Americans wouldn’t find it so.

I have to say, of those four categories, the word “nigger” is the one that is still very shocking to me.

Bergen: I think that is representative of a more general shift that we are seeing in American English, and to some extent in British and New Zealand English: the most profane words, the ones that have the greatest emotional impact and feel most troubling, are slurs. It is not just “nigger” and other terms based on ethnic identity, but also terms based on sexual identity. That appears to be new. What we know most about profanity throughout history is that it has been predominantly worlds relating to religious concepts, copulation, or bodily functions that were considered the strongest words. So we are entering a new era of what the strongest profane words in English are.

There’s something about the most common curse words that just sound dirty, at least in English. Have you noticed any particular patterns as to why this might be the case?

Bergen: English profane words tend to be words that use closed syllables, that is, syllables that have consonants at the end. That is not true across the world of languages. It’s part of being a fluent English speaker. Your favourite four-letter words are for the most part examples of this: consonants at the beginning—like fu, bu, or cu—and consonants at the end, like ck, ch, or nt. It’s why “piss” sounds more profane than “pee.” It also shows up when we’re trying to get around saying a profane word. If you don’t want to say fuck, you might say frick. If you don’t want to say damn, you might say darn. It’s all the same consonant-heavy pattern.

And when English speakers make up new languages, like [Game of Thrones’] Dothraki, for instance, there tend to be a lot more consonants in those made-up swear words (“graddakh”), too. “Frak” in Battlestar Galactica, or “frell” in Farscape—they have so many consonants. It’s not conclusive evidence, but it is consistent with the idea that these many-consonant patterns are something English speakers have come to associate with profanity in general, so it shows up when they are creating invented languages. 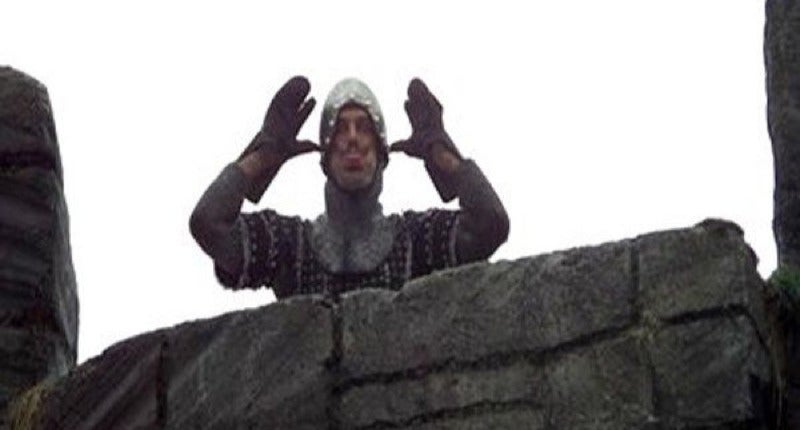 “Your mother was a hamster and your father smelt of elderberries!” Monty Python and the Holy Grail (1975)

Was there anything you learned that surprised you while writing the book?

Bergen: There is this pervasive belief that profanity is going to cause harm to children. It will stunt their vocabulary, or make them more aggressive. There is really no evidence for that. If anything, 18-year-olds who swear more have bigger vocabularies on average. That has caused me to think seriously about why we censor ourselves around children. We do it spontaneously, perhaps because when we were children, people were censoring themselves around us. We were taught that these are words you don’t say in certain circumstances. It’s really the social consequences that are the only rational argument for watching your language around children. They may end up incurring social costs for using these words in the wrong way.

To my mind, a little social coaching with respect to language might be useful for children—to teach by example [rather than through outright censorship]. Abstinence-only sex education has failed in all the US states where it has been tried. The same its true for alcohol prohibition. But children learn that there is a place to use the toilet, and it is not their classroom. They learn that there is a place to tackle people and it is on the football field, not in ballet class. They can learn those things at age 2, so it’s not crazy to think that could learn those things about language as well.

Kids pick up not just profane words, but also the correct usage, almost by osmosis. A friend’s young son, for instance, didn’t seem to be paying attention to a movie that turned out to have a lot of f-bombs. But a few hours later, his toy broke, and the father heard him say “Fuck me!”

Bergen: That’s right. Kids are sponges for language. That is how we are able to use complex grammar without having any idea what it is. We don’t always explicitly know the rules, but we understand them implicitly. Probably 99 per cent of grammar is implicit. Profanity offers a little window into that process, because the rules are slightly different. “Fuck me” is a funny construction, so it highlights how flexibly and unconsciously kids are able to pick up those pretty complicated rules.

“If anything, 18-year-olds who swear more have bigger vocabularies on average.”

Can swearing ever be cathartic and serve a useful purpose?

Bergen: That’s the big mystery I’m actually pursuing in the lab right now. We think it can be. There are lots of physiological indicators that it should be. And by cathartic, I mean relieve strong, typically negative emotions. If you are angry, you can relieve the anger and reduce subsequent aggression by swearing. Say you’re driving and someone cuts you off. Can a well-timed “fucking arsehole” make you less likely to then drive dangerously around that person? Swearing and exposure to profanity do appear to activate physiological responses consistent with a cathartic reaction. But we don’t actually know how or if that changes how aggressively people subsequently act, or how upset or sad they may feel.

Bergen: It absolutely could. Clinical psychologists used to tell you to punch a pillow or a couch when angry. There have been a dozen studies that show this just doesn’t work. Engaging in active physical aggression, even directed away from the original target, increases aggression towards that person. But maybe profanity works differently and is actually useful for decreasing aggression. Or maybe verbal aggression works just like physical aggression. We just don’t know.

One thing we know from pain experiments—where subjects put their hands into nearly-freezing water to see how long they can hold it there—is that people do better when they are told to swear. However, people who report swearing more in their normal lives show less pain alleviation when they swear with their hand in cold water. So swearing does less for people who swear more.

Given the amount of profanity we hear on premium cable these days, are cultural attitudes toward profanity starting to shift at all, where maybe it’s just not that shocking anymore?

Bergen: The particular words that are prohibited in particular contexts have always shifted over time, and will continue to shift. The words you couldn’t say on broadcast television even 30 years ago are no longer necessarily the same set that are prohibited now. With the democratisation of media, changes are happening faster now than over the last century.

But it doesn’t necessarily affect the attitudes of people who grew up during the previous regimes. People over 50 in North America grew up thinking of “this sucks” as extremely vulgar, but millennials find it no more profane than saying “this is awful.” And the people watching the first episode of the new season of Mr Robot were treated to three f-bombs, and that is probably not shocking for the demographic that watches the show. For older adults, including me—even though I don’t find the words themselves shocking, hearing those words in that context is surprising and unexpected.