This Smartphone Sensor Lets You Peer Right Through Walls

You may never again have use for that stud sensor buried in your kitchen’s utility drawer with a new sensor for Android smartphones called the Walabot that promises to let your device peer right through walls revealing everything from pipes, to wiring, to even unwanted pests hiding between rooms.

The device is the first to make Vayyar Imaging’s 3D sensor technology available in a consumer-friendly product that doesn’t require any training to use. You just need to download the Walabot app from the Google Play Store, connect the accessory to your smartphone’s USB port, and hold it against a wall.

For ease of use, the Walabot can also magnetically attach to the back of your smartphone so you can use the two devices single-handedly, leaving your other hand free to operate its app’s interface.

Unlike a stud sensor, which lights up a series of vague LEDs to indicate when it’s detected an object or wiring behind a wall, the Walabot app gives you a more visual representation of what’s been detected, its orientation, what it’s made from, and how far away it is, to a depth of about four inches. 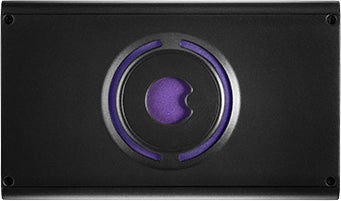 If you’re doing home renovations, and don’t want to make even more work for yourself when you cut into a wall and accidentally sever a pipe, the Walabot’s $200/£153 price tag actually sounds quite reasonable. It’s not as cheap as a basic stud sensor, but think of it as added insurance that a DIY project will be completed on time because you know what you’re dealing with before demolition gets under way. [Walabot]