Four Fake Currencies That Changed the Course of Real Wars

At the tail end of his time as Commander of US Forces Afghanistan, General David Petraeus commented that "money is my most important ammunition in this war." It was far from an original thought. In fact, you could argue that currency is the most important and least acknowledged wartime weapon.

Read more – The New Fiver: The Latest Weapon in the Bank of England's War on Counterfeiters

Banknotes, in a way, make the perfect ammunition: they hold universal value across many cultures. They're small, light, and pack easily. Most countries already possess the infrastructure to print them. And maybe most importantly, they represent stability—or the lack of it.

So for centuries, armies have waged shadow wars with the stuff, using tactics as straightforward as the British sparking hyperinflation in Revolutionary War-era America and as murky as waging a psychological war against Iraqi troops via propaganda banknotes in Gulf War. Take a look at a few examples below.

The history of counterfeiting goes a long way back in America. During the Revolutionary War, Congress created a American currency to fund its war against Britain which, in turn, launched a plan to destabilise its unruly little brother's booming colonial economy by introducing fake Continental cash into the supply, sparking hyperinflation.

According to Military History Now, two British loyalists were enlisted to travel across the 13 colonies distributing the fake cash—this was called "shoving." By the time they were apprehended, the duo had $10,000 in counterfeit Continental money between them—and George Washington had both hanged.

During the second world war, the Nazis developed a similar plan—an operation designed to destabilise the British pound by causing massive inflation. Often exploiting slave labour in concentration camps, they forged millions of fake £5, £10, £20, and £50 notes—producing counterfeit notes so perfect, it took years for the Bank of England to distinguish some from legitimate bills. 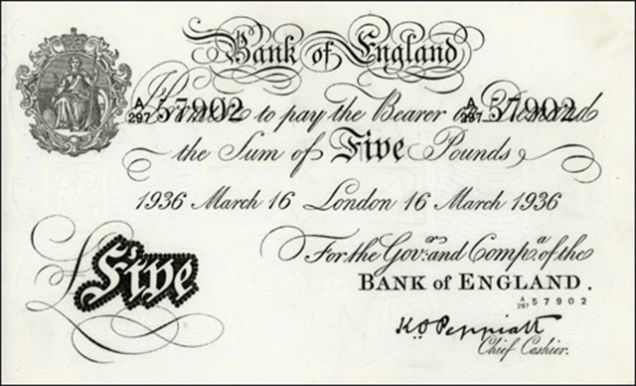 There's an incredible amount of scholarship (and plenty of fictional accounts) of this so-called Operation Bernhard—check out a memoir from one of the counterfeiters here.

Read more – Here's the Reason Why You Can't Photocopy Money

The US had experimented with propaganda bills at the end of the second world war, and by the time the Vietnam War was underway in 1965, it had launched a full-fledged campaign. The approach was simple: print counterfeit notes, but use one side of those notes to convey a message about the war.

There were dozens of designs and variations used. For example, US forces would print high-quality copies of the North Vietnamese dong notes that looked just like the real thing, except for a blank spot that could be filled in to fit specific aims, like "Return to reunite with your son and family, live in peace and happiness."

According to a 1966 issue of International Banknote Society Journal, the US dropped as many as 400 million of these leaflets over Vietnam between 1965 and 66. Here's how one pilot remembered the massive operations:

The contents of the boxes weren't generally known by the crews, other than that they were leaflets. The boxes were sealed and designed so they didn't break apart until the box reached the end of the static line and the leaflets thus deployed behind and below the airplane.

But the other side was in on the action too: as the Currency Collector's John Sandrock points out (PDF), Viet Cong banknotes were soon being printed with ornately-drawn scenes of fighters bringing down American helicopters:

The Gulf War didn't last long, but the US Army wasted no time staging a massive psychological warfare campaign during that time. Over the course of the brief war, the Army dropped some 29 million leaflets over Iraq, most of them printed with "money" on one side and propaganda on the other.

Some of the banknote designs were actually borrowed from the bills dropped over Vietnam—others contained detailed directions about how to surrender. The note above reads: "The bearer of this leaflet is allowed to cross the lines of the Allied Forces and receive good treatment until you reach the headquarters of the Coalition closest. You are also allowed, our brother, to join Iraqi Forces Combined Forces with a clear conscience and without doing you any harm. Will be treated according to the Geneva Convention."

Tens of thousands of Iraqi soldiers had surrendered within just a few weeks—according to Military History Now, you can see some soldiers holding the leaflets in this video. Check out 14 of the other designs here.

There are dozens of other documented cases where armies used money a weapon, though. If you've got a favourite anecdote, drop it below.

This post was originally published in May 2014, and has been republished in line with the arrival of the New Fiver in the UK.