Giant Mexican Drug Cannon, You Blasted Straight Into My Heart

I know we haven’t known each other very long (as you were only found near the US–Mexico border earlier this week) but I already feel a deep and abiding connection that can’t be denied.

The newspapers say you were made by criminals to launch packages of drugs over the border, but you’re obviously so much more than that. You stand as a symbol of initiative, ingenuity, and the simple dream of a big fuck-off cannon blasting contraband hundreds of metres into the United States. 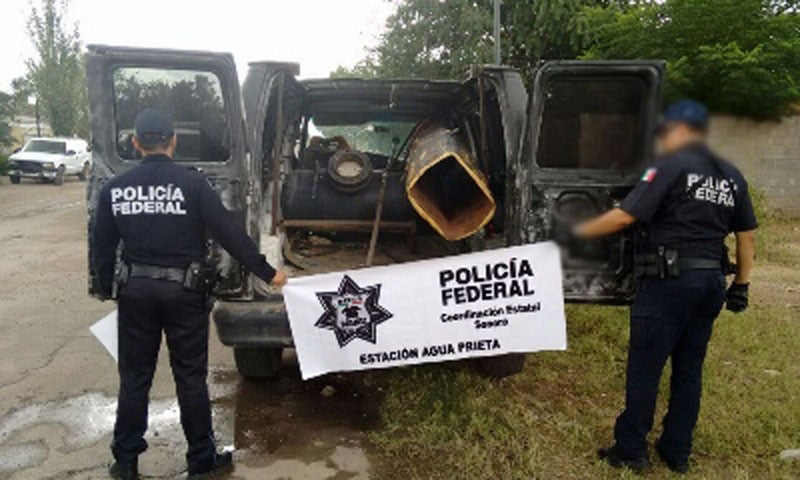 And physically, you’re perfect, all the way from your approximately three-metre-long metal barrel down to your air compressor, gasoline engine and “tank for storing air”. Even the stolen van that carried you has its ramshackle charm, found, as it was, without licence plates and its doors ajar.

In the end, it doesn’t matter who built you, because you were clearly put on this Earth to love and be loved by me.

According to The Washington Post, you’re not the first such device found near the border, appearing similar to a pickup-mounted cannon confiscated by Mexican authorities in 2013. In my heart, however, you’re the only giant Mexican drug cannon in the whole wide world. [Business Insider]