NASA Just Successfully Launched a Spacecraft to an Asteroid

NASA’s asteroid-skimming spacecraft just blasted off into space without a hitch, completing the first step in a seven-year journey that will eventually bring us back several spoonfuls worth of dirt from an asteroid.

With lift-off taking place in Cape Canaveral, not too far from the site of SpaceX’s exploded rocket, there was some concern that residual damage from the destroyed rocket could delay OSIRIS-REx’s trip up today. But after a review, NASA pronounced the capsule ready and capable of launching on-schedule.

The Atlas V carrying the craft blasted off seamlessly at the very top of its two hour launch window, which you can see watch again right here.

With a successful lift-off behind it, the journey is still far from over. We’ve got seven more years to wait before the return capsule brings back a few scoops of asteroid dirt—and, perhaps, some answers to our questions about how life started here on Earth. 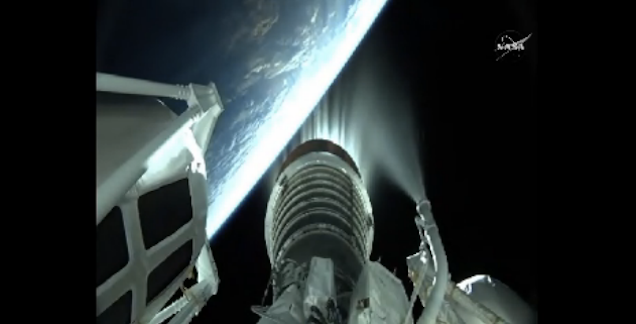 But, there will still be quite a bit to tide us over, including the results of a 2-year long mapping mission, which NASA scientists say will give us such a high-resolution map that we would be able to spot a penny on the asteroid. We’ll update you on its progress as the craft continues outward on its journey.