No, NASA Did Not Just Change Your Zodiac Sign

NASA did not just rewrite the zodiac chart. But here’s why so many people are convinced that the agency did—and the real story behind the rumour.

To anyone paying attention, though, the weirdest part of the story isn’t the moving zodiac, it’s that NASA is suddenly writing horoscopes. Remain calm, though, there hasn’t been some shift in the agency’s mission.

“NASA studies astronomy not astrology,” NASA spokesperson Dwayne Brown assured Gizmodo. So why are astrologers convinced that NASA is suddenly helping them re-calibrate horoscopes? Strangely, the source of the rumour appears to stem from a bizarre misinterpretation of an educational page the agency put out for kids.

Cosmo and the other sites all link to a real NASA page as the source for their news. A visit to that source link, however, doesn’t take you to some secret NASA astrologists’ cabal. Instead, you end up in “The Space Place,” an educational site where kids can hang out with a cartoon version of the Curiosity rover or look up NASA’s recipe for sun spot cookies. 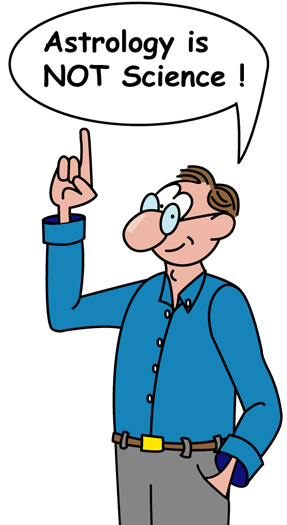 The Space Page page does not mince words on NASA’s opinion on astrology: “It’s not science,” it notes, underneath a banner headline saying “First Things First: Astrology Is Not Astronomy!” If the point is still a little subtle for you, a cartoon man (left) pops up to further drive home the point.

What absolutely does not appear on the linked page, though, is any recalculation of the zodiac. Instead, NASA offers an explanation to curious kids that the zodiac signs were made up 3,000 years ago by the Babylonians, who linked them to the constellations they saw above. In the thousands of years since then, though, the agency notes that the position of those constellations has shifted, due to a tiny wobble in the Earth’s axis. This means that those constellations are no longer in the same spots today as they were when the ancient Babylonians were looking up.

“We didn’t change any Zodiac signs, we just did the maths,” Brown told Gizmodo in an email. “The Space Place article was about how astrology is not astronomy, how it was a relic of ancient history, and pointed out the science and math that did come from observations of the night sky.”

Just how this information was twisted into NASA attempting to retool the zodiac is still honestly pretty baffling. For now, just know that despite what you may have read out on the internet this week, NASA still has absolutely no interest in your zodiac sign.