The most immersive virtual reality experience is still going to feel fake with your body plopped motionless in a chair. Adding motion into the mix through the use of a simulator greatly increases the realism of the experience — particularly if it can fly around a room like this amazing cable-controlled contraption. Imagine playing No Man's Sky with this! 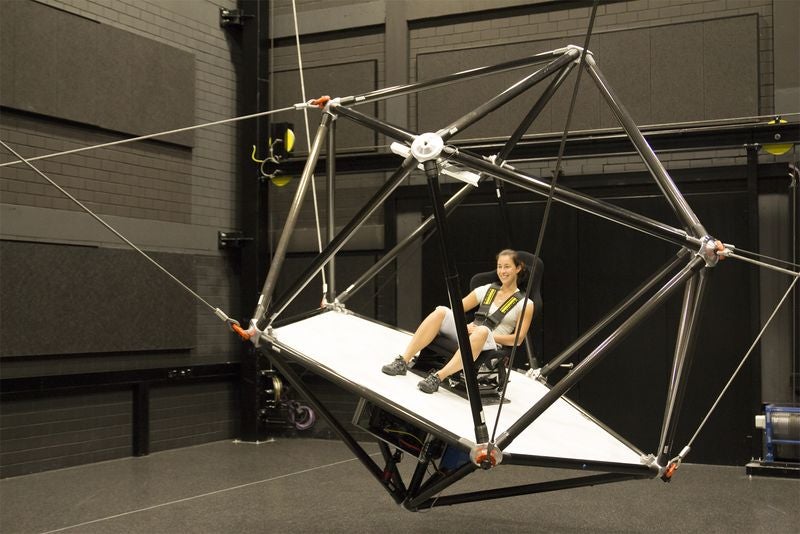 The CableRobot Simulator is jointly developed by researchers at Fraunhofer IPA and the Max Planck Institute for Biological Cybernetics, and features a 80-kilo carbon fibre cabin, with enough room for a single passenger.

Most simulators use a cabin like this — usually filled with giant wraparound displays — that’s strapped to a moving gimbal firmly attached to the floor so it can spin around and lean back and forth in any direction. The gimbal’s movements are matched to what’s happening in the simulation, which adds to the realism, but the CableRobot takes things much further with a greater range of motion.

Instead of being permanently mounted to the floor, the carbon fibre cabin and its passenger are suspended within a series of moving cables powered by strong winches all working in unison. Together they can tilt, spin and move the simulator around at impressive speeds, to almost every last corner of a room. Its movements are essentially limited to the size of the room and the strength of the motors powering the winches. 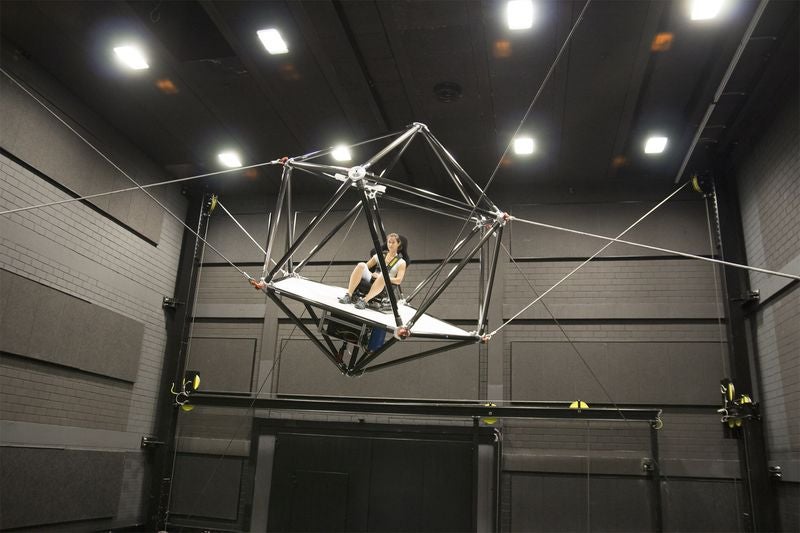 When combined with a virtual reality set-up like an Oculus Rift, which completely blocks what the rider sees around them, the effect is undoubtedly incredibly immersive (and probably a little bit terrifying!) as it recreates the motions and movements seen in the VR experience. The researchers who created it believe it could be an even better tool for teaching pilots or drivers to operate their vehicles in complete safety. However, the rest of us see this as being the closest thing we have to Star Trek’s holodecks right now. [Fraunhofer IPA via Gizmag]