Ötzi the Iceman, the world’s favourite prehistoric mummy, has been subjected to every scientific test imaginable, since his remains were discovered poking out of a glacier high in the Italian Alps in 1991. Now, a team of Italian researchers has reconstructed Ötzi’s vocal cords and used it to reproduce what his voice may have sounded like.

The team announced the project back in February and used a series of CT scans to map the structure of the vocal cords and vocal tract, based on their length. Then they ran that data through mathematical models and special software to simulate how the vocal tract works. The result — presented yesterday at a conference in Italy celebrating the 25th anniversary of the discovery — is a rough digital approximation of a prehistoric voice.

So what does our man Ötzi sound like? It’s a rough, gravelly kind of male voice, reminiscent to some of a chain smoker. Given this sample of Italian vowels, he mostly sounds like he’s burping:

The Italian scientists still need to incorporate the effects of soft tissues in the mouth and throat, as well as the tension and density of the vocal cords, to get a more accurate reconstruction. “We can’t say we have reconstructed Ötzi’s original voice, because we miss some crucial information from the mummy,” team leader Rolando Fustos of the Bolzano General Hospital in Italy told Discovery News. “This is a starting point for further research.” 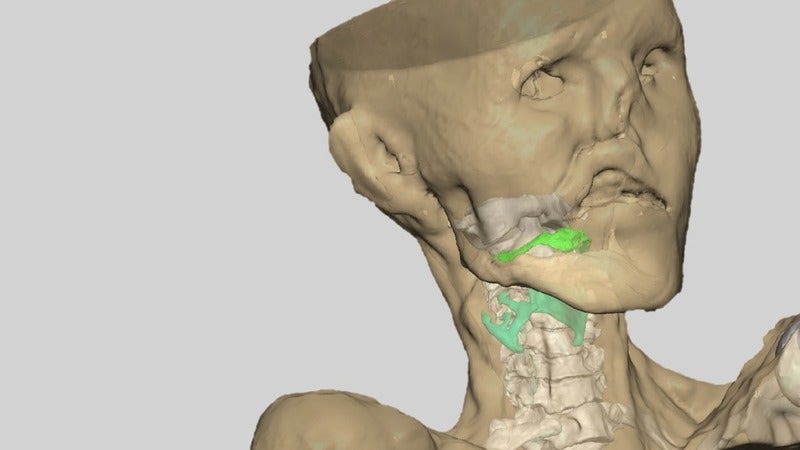