Which Supporting Character on The Simpsons Has Spoken the Most Words?

If you include the main cast, it’s fairly obvious who has the most lines: It’s Homer, by hundreds of thousand of words, followed by Marge, Bart, and Lisa all bunched up pretty close together. But what if you just count the words spoken by the supporting cast from season one to twenty six? Which supporting character do you think has spoken the most lines on the show then? Is it Flanders? Moe? Krusty?

It’s Mr. Burns. With Moe, Principal Skinner, Flanders, and Krusty rounding out the top 5 of supporting characters. That sounds, right-ish?

Todd W. Schneider created a script to analyse all the, um, scripts from each episode of every season of The Simpsons to determine which character has been the biggest part of the show and came up with this ranking: 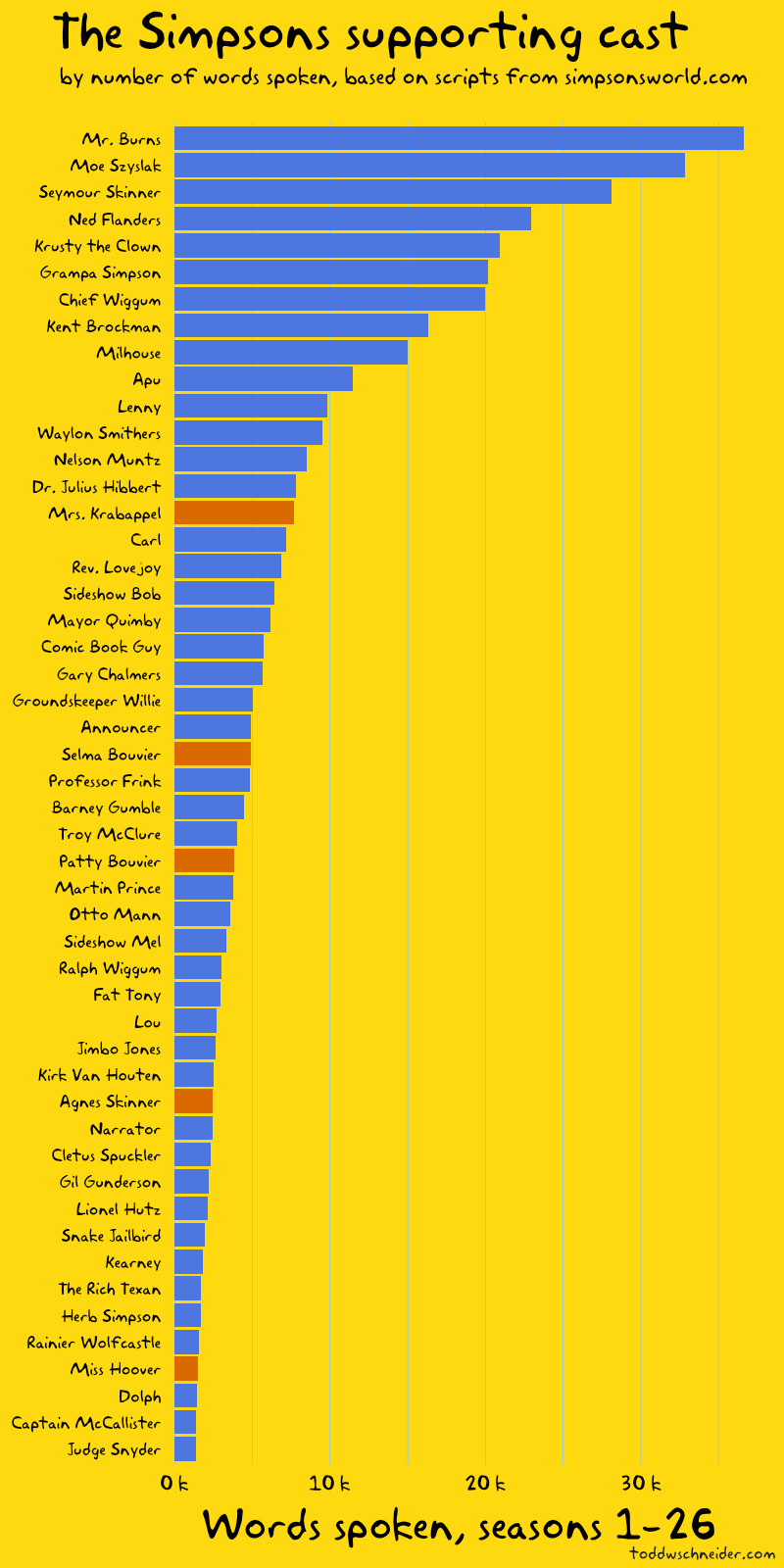 In his data analysis, Schneider also figured out what was the most popular setting for a scene in the show (the home, the school, Moe’s tavern, the power plant and the Kwik-E-Mart make up the top 5) and plotted the show’s viewership decline in relation to ratings decline in all of television. It’s a pretty neat look at the data of one of the most important shows in pop culture. [Todd W. Schneider]