It’s been a longstanding complaint since the first Superman comics debuted in the 1930s: why doesn’t anyone see through Clark Kent’s lame disguise and realize that he’s really Superman? New research suggests that Kent’s trademark glasses actually might work as a disguise—at least around people who don’t know him well.

The official DC Comics explanation—described in Superman #330— for how Superman pulls this off involves focusing a hypnotising beam through special glasses with kryptonite lenses. A few years ago, Kyle Hill, writing at Slate, suggested an alternate explanation: widespread face blindness, or prosopagnosia:

The test for face blindness is more straightforward than you might suspect. Mimicking real-world situations, physicians line up a number of people of similar sex, age, and clothing (wearing hats to cover their hair), slipping in a family member or friend of the patient among them. If that familiar person is utterly unidentifiable until he or she speaks, a diagnosis is made. Because many of Clark’s co-workers have seen both him and Superman on the same day without so much as a, “Hey, you remind me of ...” they get the same diagnosis.

There’s just one problem: it’s highly unlikely that every single person at the Daily Planet, plus all of Clark Kent’s many acquaintances, all suffer from prosopagnosia. It’s just not that common. Hill jokingly posited that perhaps Superman has performed selective brain surgery on all his cohorts to induce face blindness, thereby protecting his secret identity.

But such an extreme step might not even be necessary. According to Robin Kramer and Kay Ritchie, both psychologists at the University of York, even small alterations to someone’s appearance—like donning glasses or adopting different body language—could be sufficient to elude detection. Prior studies with passport photos showed that people struggle with matching photos of the same person, especially if the subject has a different pose or facial expression in one of the photos. 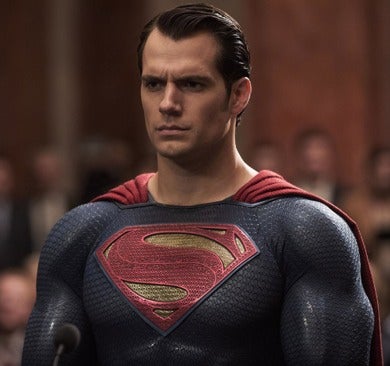 For the new study, Kramer and Ritchie used pairs of photographs like those typically found on social media sites, asking participants to decide whether the unfamiliar person pictured in each was the same. They included pairs of images where both faces were wearing glasses, images where neither person wore glasses, and images where only one image showed the person wearing glasses.

According to their new paper in Applied Cognitive Psychology, when both faces pictured either wore glasses or didn’t wear glasses, participants made the right call about 80 per cent of the time. But when only one of the pictured faces wore glasses, that accuracy dipped by about 6 per cent. It’s not a huge discrepancy, but still statistically significant.

One big caveat, however, is that this really only applies to recognising strangers. “In real terms, glasses would not prevent Lois recognising Clark is in fact Superman as she is familiar with him,” Ritchie said in a statement. “For those who do not know him, however, this task is much more difficult, and our results show that glasses do disrupt our ability to recognise the same unfamiliar person from photo to photo.”

So Lois Lane still has no excuse. Maybe she really does have prosopagnosia. [Applied Cognitive Psychology]