Wicked Lasers is known for its handheld lasers and torches that redefine what it means to be bright. A few years ago it released a flashlight that was intense enough to start a fire, and now the company has managed to dramatically shrink its design so you can easily bring it the next time you go camping and leave the matches at home. 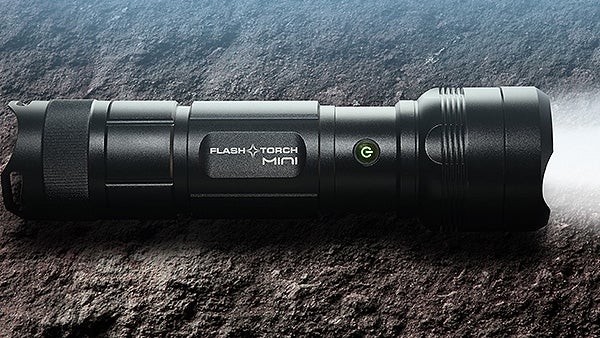 At over eight-and-a-half inches long the FlashTorch Mini still isn’t something you can clip to your keychain and keep in your pocket. But its about 40 per cent smaller than the original FlashTorch, while maintaining the ability to start fires, or cook dinner, thanks to its impressive 2,300 lumen output. For comparison, that’s roughly the same brightness as a video projector used in a large lecture hall.

At max brightness the FlashTorch Mini’s rechargeable batteries will only last for about 30 minutes. But you can dial back the lumens to a setting that’s still bright, just not completely blinding, to max out battery life to up to 100 minutes. The most important feature, however, is an automatic lockout mode which prevents the $200/£165 FlashTorch Mini from accidentally powering on in your bag, turning your camping gear into an instant, but presumably unwanted, bonfire. [Wicked Lasers]