The crown jewel of Apple’s live event today is the brand new Macbook Pro — their first big update to the product line since 2012. It’s thin, light, and sports a massive trackpad, but the flashiest change by far is the new Touch Bar.

Replacing the function keys, Touch Bar is a retina touchscreen strip which changes dynamically based on what apps are in use. Besides the standard actions we’re accustomed to performing with that piece of keyboard real estate (volume, brightness, etc.) here’s everything we know it can do so far. 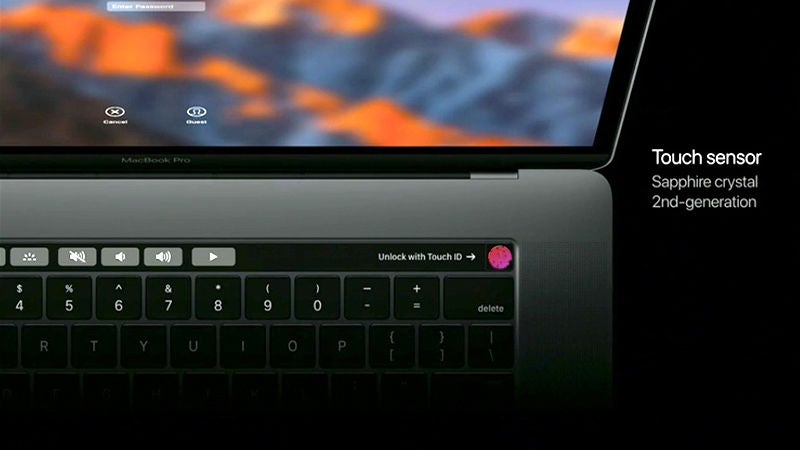 The rightmost portion is a Touch ID sensor which unlocks the Macbook, swaps between users, and can be used for Apple Pay. 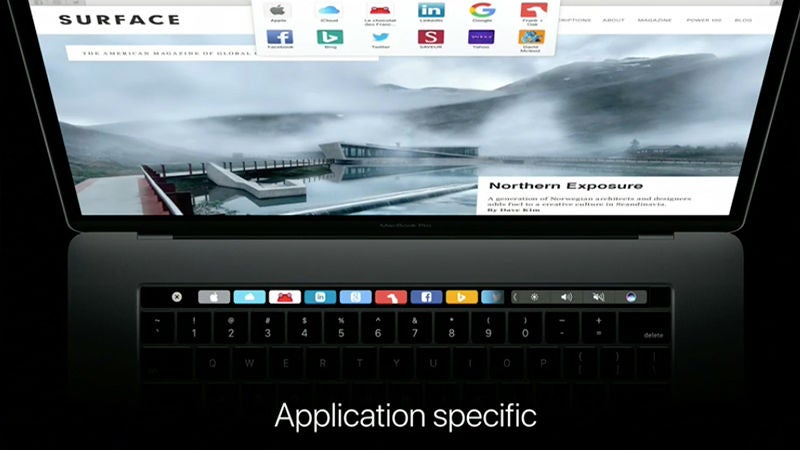 Touch Bar also can be used to cycle between apps. 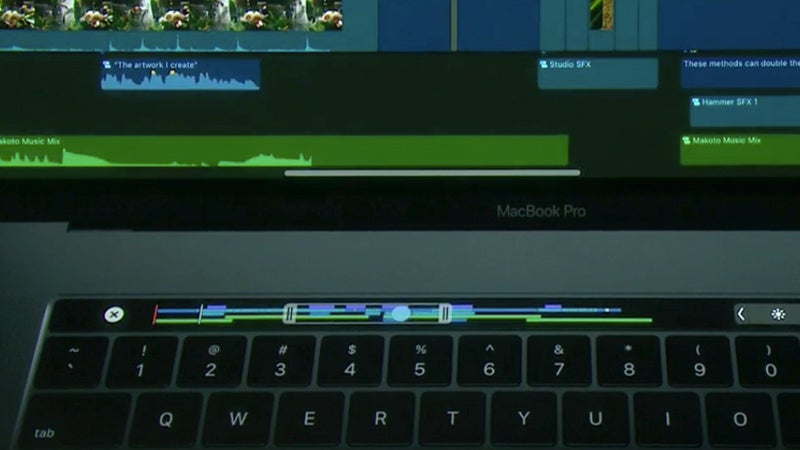 Each app has specific functionality. In Final Cut Pro, for example, Touch Bar can be used to add effects, make edits, or show an overview of the timeline. 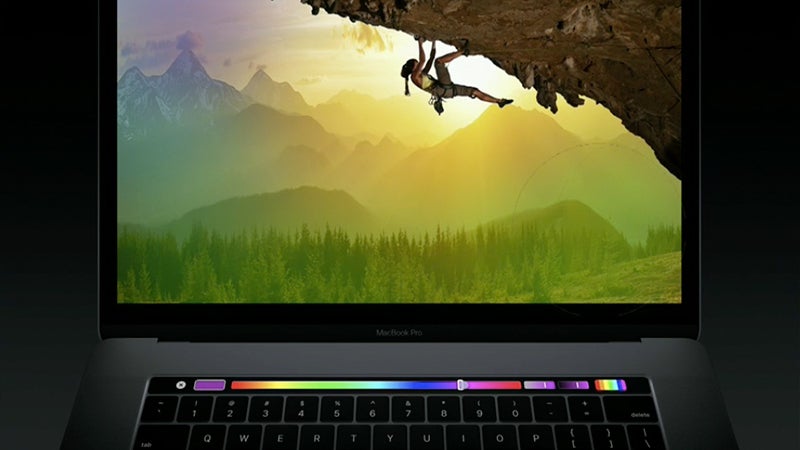 Photoshop gets sliders for brushes and other tools. More importantly, Touch Bar tools allow for photo editing in full-screen mode without having to clutter up the image with a variety of modules. 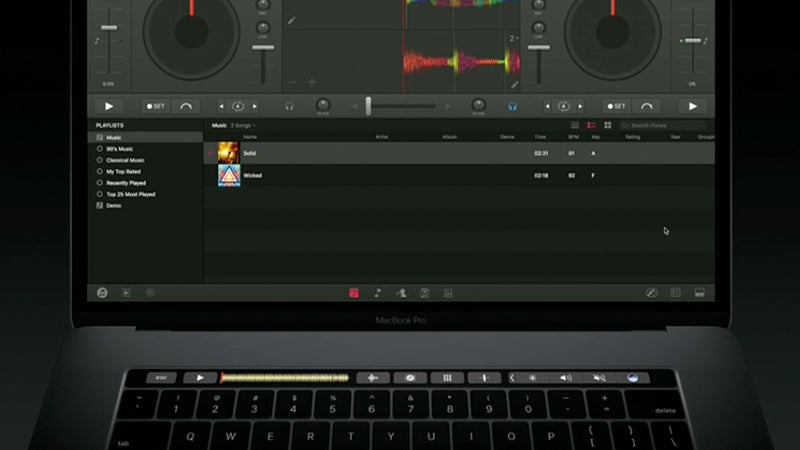 Similar to Final Cut, Touch Bar also has rich functionality within DJ Pro to add effects and preview waveforms on the fly. One assumes similar tools exist for Apple’s own Garageband and Logic. 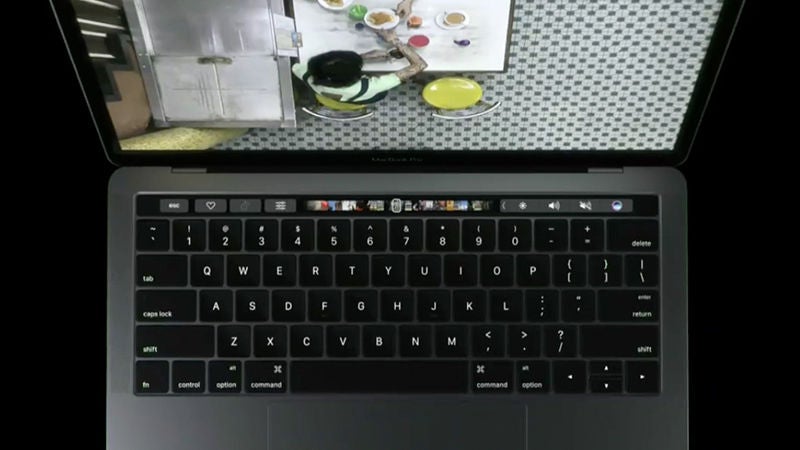 In Preview, photos can be swiped through quickly. Small edits like crops and rotations, as well as filters, can be done from the Touch Bar. Video can quickly be played, paused, and scrubbed. 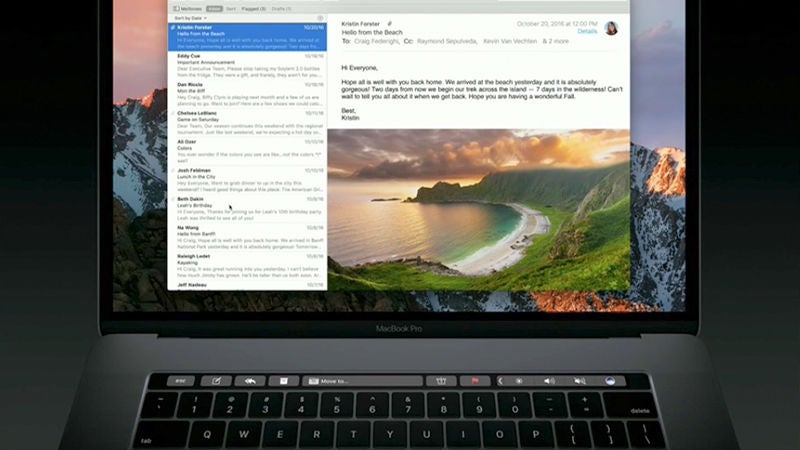 Touch Bar in Mail adds quick keys for the most used actions, like flag, send to trash, and reply. 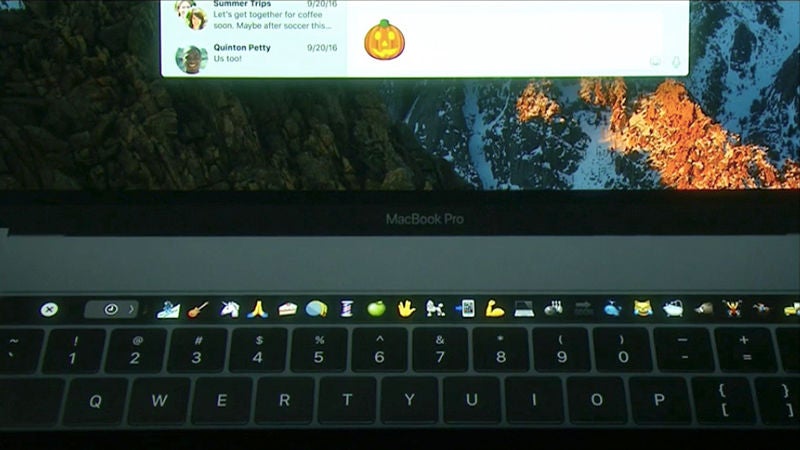 iMessage pulls the emoji you use the most. 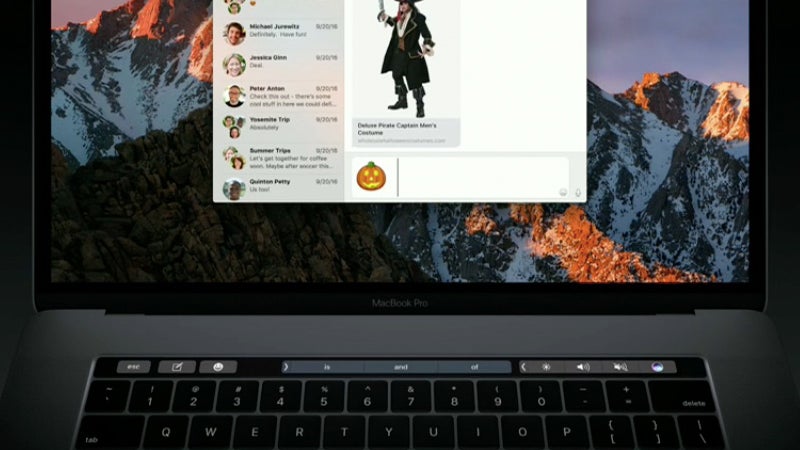 Predictive text will be included, much like it is on the iPhone keyboard, and will supposedly be able to learn which words and phrases you’re likely to type next. The presence of keylogging software on yet another device is either extremely convenient or worrisome, depending on how you see it. 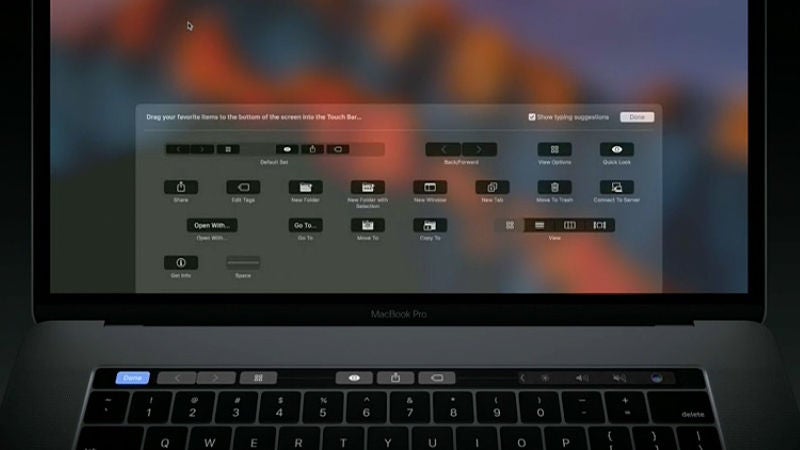 While the Touch Bar by default pulls up app-specific functions, it’s also fully customisable for those who want to change their workflow at the system level. It’s not known if the same tweaks will be available within apps.