Is This a Picture of Tom Hanks or Bill Murray?

According to IMDB, Tom Hanks has acted in 81 movies in a career that started way back in 1980. Bill Murray has 83 acting credits dating back to 1973. That’s over 35 years in “the industry” together, and yet they’ve never appeared on screen together in the same movie.

Seems suspicious, right? Could it be because they’re the same person? This photo, which somehow looks like funny everyman Tom Hanks and funny funnyman Bill Murray, makes it seem like that’s the most logical answer. 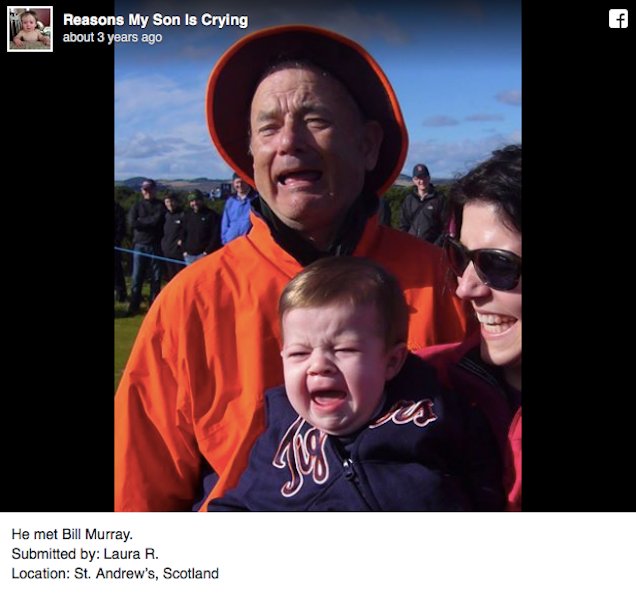 The photo was taken by Laura DiMichele-Ross in Scotland back in 2013. It’s been a crippling unsolved mystery since then. [Reasons My Son is Crying via AV Club]