The 2016 Nobel Prize for Chemistry has been awarded to a trio of scientists for their pioneering work in developing molecular machines. These gadgets measure just a thousandth of a human hair in width, and they’re poised to revolutionise everything from manufacturing and materials to medicine and the functioning of the human body. 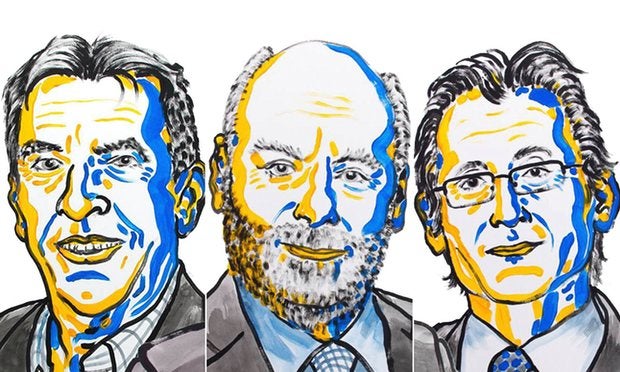 As a science, molecular nanotechnology is still in its infancy, but by awarding the Nobel Prize to these three scientists, the Royal Swedish Academy of Sciences is acknowledging the technology’s huge potential.

In his historic 1959 lecture, “There’s Plenty of Room at the Bottom,” physicist Richard Feynman introduced the world to the concept of nanotechnology. He envisioned a world where we could directly manipulate individual atoms, arranging and rearranging them into useful shapes and configurations. The concept was given an added boost in 1986 with the publication of K. Eric Drexler’s seminal book, Engines of Creation: The Coming Era of Nanotechnology. Drexler’s ideas sent shockwaves through the chemistry world, with his super-futuristic ideas of smart materials that change shape, microscopic machines that produce and deliver medicines right inside the body, and rockets built from a single seed.

But theory is one thing. Actually demonstrating feasibility is entirely another. And it’s at this critical nexus point where the work of Sauvage, Stoddart, and Feringa is being acknowledged. All three are being honoured for developing molecules with controllable movements, and for creating tiny devices that can perform a task when energy is added.

Jean-Pierre Sauvage took the first major step in 1983, when he linked two ring-shaped molecules to form a chain, called a “catenane”. Typically, molecules are connected by strong covalent bonds in which atoms share electrons, but Sauvage’s chain was linked by a flexible mechanical bond. This interlocked ring sets the stage for molecular machines that are constructed from freely moving parts that can move relative to one another.

Eight year later, Fraser Stoddart developed the “rotaxane”, which he did by threading a molecular ring onto a thin molecular axle, which was able to move along the axle. His pint-sized contraption inspired further breakthroughs in nanotechnology, including a molecular elevator, a molecular muscle, and a molecule-based computer chip. 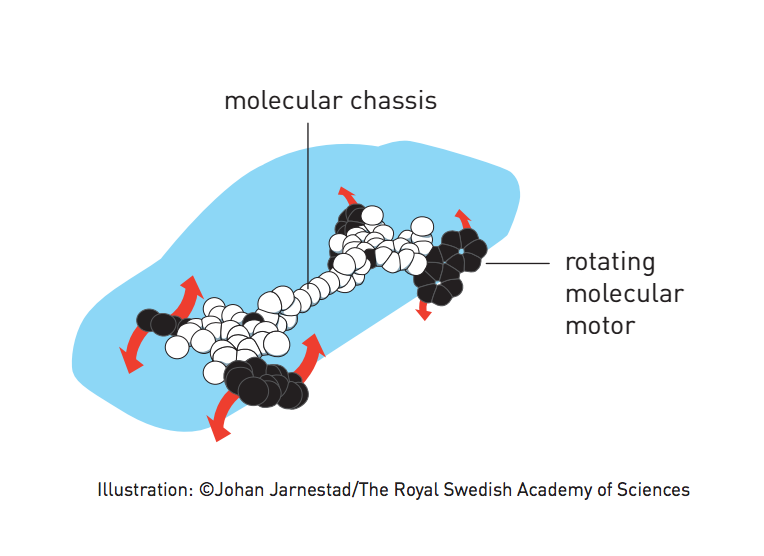 In 1999, Bernard Feringa developed a molecular rotor blade that spun continuously in the same direction, making it the world’s first molecular motor. In one experiment, he rotated a glass cylinder that was 10,000 times larger than the motor itself. Feringa is also the inventor of the nanocar — a vehicle made from a single molecule.

These breakthroughs have inspired the development of increasingly sophisticated molecular machines, including “nanofish” that swim through bloodstreams, atom-sized data storage, and cyborg sperm, to name a few. Some experts think that nanotechnology will unleash a second Industrial Revolution, which will run alongside advances in robotics, mass automation, and artificial intelligence.

On the downside, nanotechnology holds tremendous destructive potential, possibly on the same scale as artificial superintelligence. It could be weaponised, or run amok in an accidental grey goo scenario. Regardless, with the 2016 Nobel Awards, it’s clear that nanotechnology has finally arrived. [RSAS]