Pagolins, Earth’s Most Beautiful and Trafficked Creatures, Finally Get Protection

The pangolin is the only known mammal with scales. Pangolins are beautiful, precious little creatures, often likened to an artichoke with legs. According to NPR, they’re also the world’s most trafficked mammals. Luckily for these little cuties, the Convention on International Trade in Endangered Species, or CITES, has officially banned commercial trading of pangolins.

NPR reported last year that “the animal has long been prized for its scales, which are used in traditional Chinese medicine.” Pangolin meat is also considered a luxury in China and Vietnam.

In CITES’ ban, the organisation writes that “there were at least 153,434 seizures and trade records” of pangolins between July 2000 and July 2015.

Let’s celebrate these babies getting the protection they deserve, by looking at these very cute pictures and videos. Aw.

.@CITES #CoP17 agrees in Committee to move all 8 species of #pangolins, the most trafficked mammal, in Appendix I for stronger protection pic.twitter.com/pQ2jRaMnAE 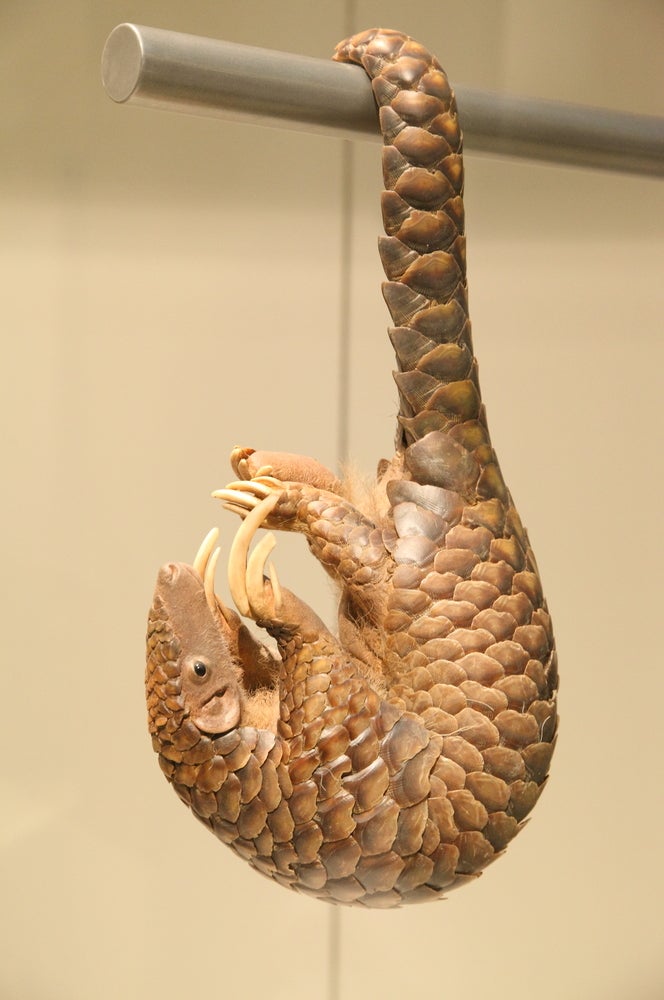