We Were Wrong About HIV’s ‘Patient Zero’

The origin of the AIDS pandemic has been reconstructed in unprecedented detail, showing the disease jumped from the Caribbean to New York City around 1970. The study subsequently clears the name of Gaétan Dugas, a French-Canadian flight attendant long-thought to be “Patient Zero.”

By combining genetic and historical evidence, researchers from the University of Arizona have confirmed that the human immunodeficiency virus (HIV-1) spread to New York City in the early 1970s, triggering the subsequent North American pandemic. It wouldn’t be until the early 1980s that scientists finally isolated and recognized the disease, which has gone on to kill an estimated 35 million people worldwide.

Geneticist Michael Worobey and colleagues reached this conclusion after sequencing eight genomes from serum samples originally collected in the US back in the 1970s. Analysis shows that AIDS was already genetically diverse during this decade, and that it likely sprung from a pre-existing Caribbean epidemic. 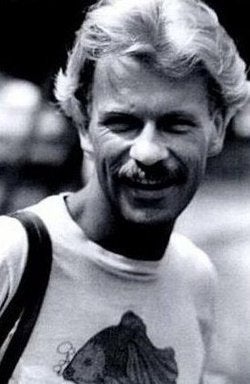 Importantly, this research shows that Gaétan Dugas, the French-Canadian flight attendant known as “Patient Zero,” is not the person responsible for introducing the disease to North America. Worobey and his colleagues were able to obtain and analyse a sample of the HIV that infected Dugas, showing that it was typical of US strains at the time, and not the root source of the disease from which HIV began to spread. Dugas, who died in 1984 from complications related to AIDS, is now believed to be part of a cluster of gay men who travelled frequently, and who were sexually active during this critical stage in the disease’s history.

A new technique developed by the researchers called RNA jackhammering allowed the researchers to take more than 2,000 serum samples collected from American men between 1978 and 1979 and recover near full-length viral RNA genome sequences, even though the samples had degraded over time. The resulting genetic “snapshot” tells the story of how HIV went from an obscure pathogen to a global scourge.

Originating in Africa, the disease spread to the Caribbean, and from there to the United States. It went unnoticed until it percolated in New York City—a critical hub for the AIDS epidemic. The disease eventually made its way to San Francisco, where AIDS patients were first recognised in 1981.

“In New York City, the virus encountered a population that was like dry tinder, causing the epidemic to burn hotter and faster and infecting enough people that it grabs the world’s attention for the first time,” explained Worobey in a statement. “That information is stamped into the RNA of the virus from 1970.”

The new analysis shows that the outbreaks in California that first alerted people to the disease were actually offshoots of the earlier outbreak that first appeared in New York City. [Nature]