The Touch controllers could be the best controls available in VR, we really liked them when we went hands on with them last year. However they’re launched more than six months after the headset, and their $200 price tag makes the Oculus Rift and Touch controllers the exact same price as the HTC Vive headset and controllers—which still has superior head-tracking

If Oculus wants to wow us these controllers will need to be pretty damn great.

Also announced were new earbuds that you can use instead of the junky over-ear headphones built into the Oculus Rift. With sound purported to be as good as unnamed £900 earbuds, the Oculus Rift earphones retail for just $49 (£39 directly converted) and ship December 6. As with the Touch controllers, pre-orders start October 10. 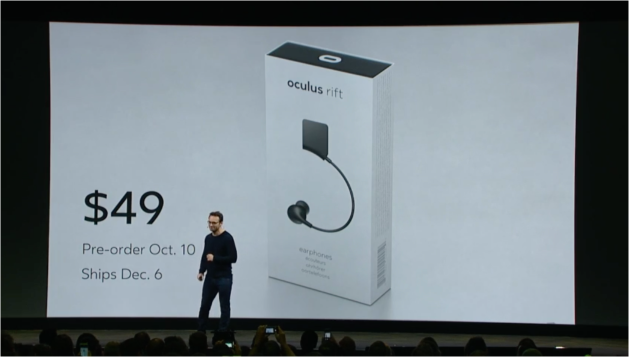