There are rumours Daft Punk will go on tour again, but will we ever see a new album from the duo? It’s uncertain. The passing of Adam Yauch in 2012 also marked the end of the Beastie Boys, but thanks to an artist named Coins, a new album featuring Daft Punk and Beastie Boy mashups has lots for fans of either group to love. 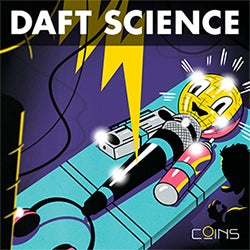 Coins has been releasing Daft Punk/Beastie Boys mashup tracks since 2014, but two years after starting, he’s now assembled eight fantastic tracks into a new album called Daft Science that will help you end this week on a high note — or at least a higher note than the end of last week.

The album is free to stream via Bandcamp, but if you’re willing to share your email address, you can also get a link to download various formats and permanently add Daft Science to your collection. [Coins - Daft Science via Hypebeast]