Prepare for flight delays at New York's airports. The Federal Aviation Administration has issued a new no-fly zone over Trump Tower in midtown Manhattan until 21 January 2017, the day President-elect Trump moves into the White House.

The restriction went into place yesterday, extending a previous restriction of the same area from Tuesday. 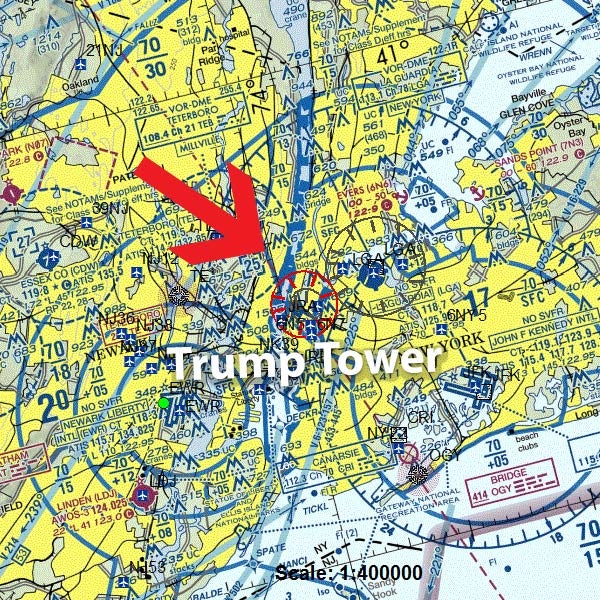 Classified as a temporary flight restriction (TFR) for VIP movement, the no-fly zone bans air traffic activity within a radius of two nautical miles of the southeastern corner of Central Park, which is just a few blocks from Trump Tower.

As Mashable notes, typical presidential TFRs have a 30 mile radius, This one is smaller because of the nearby commercial airports. But that doesn’t mean it won’t be annoying. This flight path is frequently used for media copters (most of the major television networks are based in midtown) and even helicopter tours.

Regular airplanes use this airspace too. Planes arriving from west of the Hudson River may have to adjust their flight plans. As if we needed more LaGuardia delays. Thanks, Trump! [FAA via Mashable]