If you’re paying for premium software, chances are there’s a free alternative out there you could use instead, with features just as good as the ones you’ve become accustomed to. Whether you fancy a change from your usual application-of-choice, or you’re just on a tight budget, these are the free software apps you need to know about.

Use GIMP instead of Adobe Photoshop

GIMP (Gnu Image Manipulation Program) is widely accepted as the best free alternative to Photoshop and it’s available for Windows, Mac, and Linux machines. It lacks some of the professional workflow features of Adobe’s package but is otherwise packed with similar tools and options (from brushes to layers) to take your image editing to the next level. 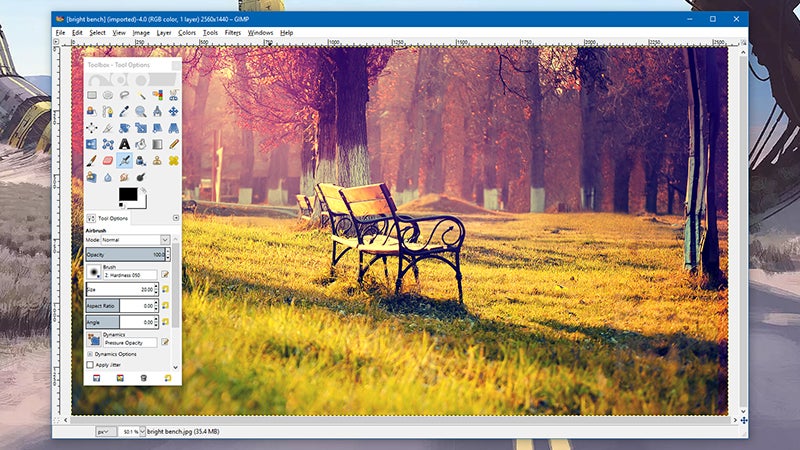 Admittedly the application’s slightly unusual layout takes some getting used to, and you can’t really jump from Photoshop to GIMP in a snap, but invest some time and effort in the software and you can get end results that are pretty much as impressive thanks to the filters, tools, image enhancements, picture controls and export options available. 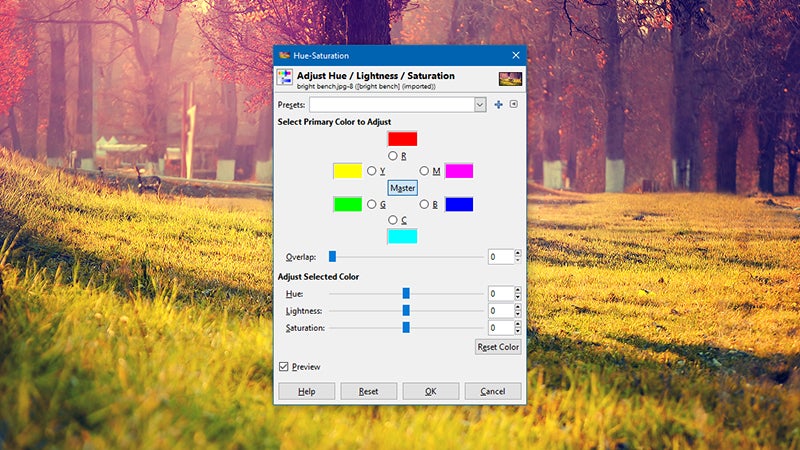 Other things GIMP has in its favour are the regular update schedule and the wealth of third-party plug-ins and customisation tools you can get hold of (if there’s something you need that isn’t out there, you could try writing your own). GIMP’s been around for more than 20 years now, and it shows in the maturity of its toolset and editing features.

Also consider: Pixlr Editor is essentially a stripped-down version of Photoshop in a browser, while Paint.NET is a much-loved Windows image editor for more casual users.

Use LibreOffice instead of Microsoft Office

With more development hours now apparently being poured into LibreOffice, it makes sense to opt for this open source office suite than the OpenOffice package it sprang from, but there’s not a whole lot to choose between the two. Both match Microsoft Office’s word processor, spreadsheet, and presentation bundle of tools, but are completely free to use. 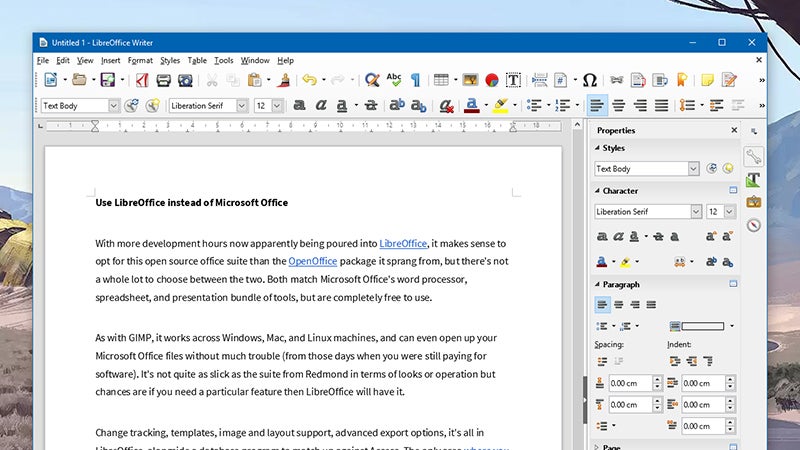 As with GIMP, it works across Windows, Mac, and Linux machines, and can even open up your Microsoft Office files without much trouble (from those days when you were still paying for software). It’s not quite as slick as the suite from Redmond in terms of looks or operation but chances are if you need a particular feature then LibreOffice will have it. 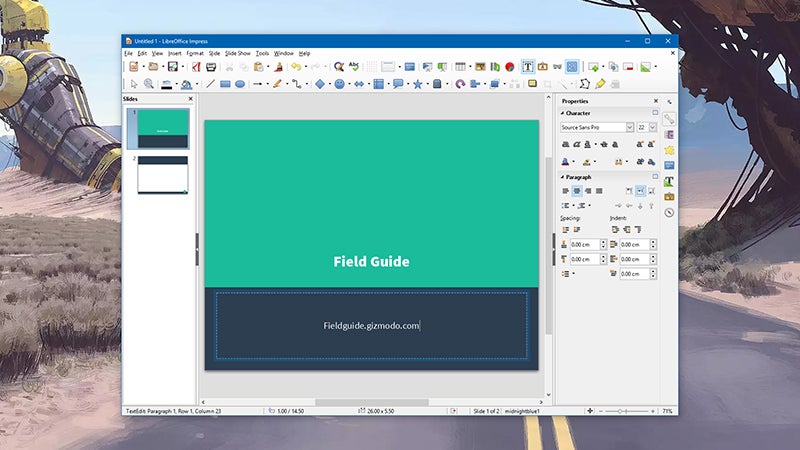 Change tracking, templates, image and layout support, advanced export options, it’s all in LibreOffice, alongside a database program to match up against Access. The only area where you might struggle switching is if you’re an advanced Excel user with a bunch of macros set up, but apart from that you’ll find LibreOffice meets your needs very nicely.

Also consider: Google Drive has lightweight office apps you can use for free and access from any machine over the web, and Zoho Docs is a similar suite free for personal use.

Use Lightworks or DaVinci Resolve instead of Adobe Premiere Pro

Lightworks is a genuinely professional-level package available in a limited free version. Its main drawback is a rather confusing interface, at least for casual users and beginners, but if you can devote the time to it, there’s no doubt it’s a powerful piece of software that is great for editing video clips together. Lightworks is currently available for Windows, Mac, and Linux. 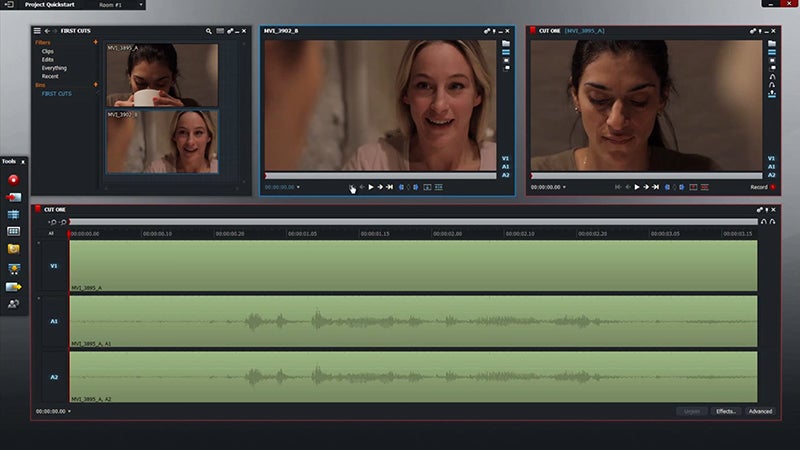 DaVinci Resolve is a program that started out as a colour grading tool but is now morphing into a very capable editor too, available for Windows and Mac. As with Lightworks, the interface is going to come across as a little daunting, but because of the history of the software it’s arguably less well-suited to the basics of video editing. 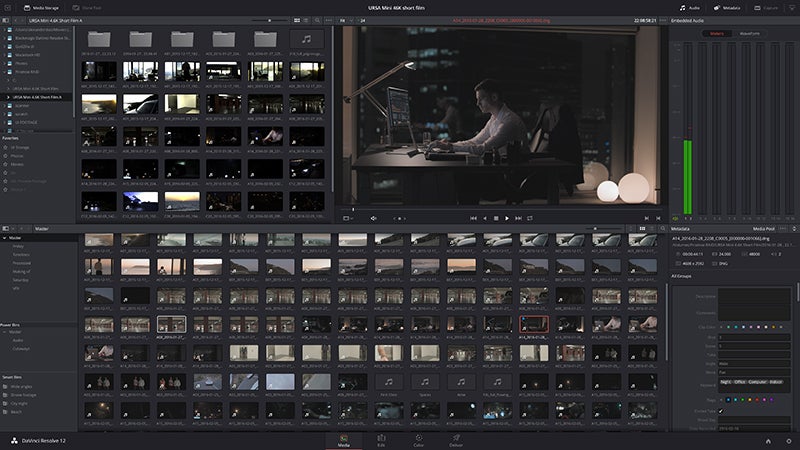 Both Lightworks and DaVinci Resolve are undoubtedly more powerful than your average free software package, but neither have an easy drag-and-drop approach. If that’s more your style then VideoPad Video Editor (for Windows) is basic but easy to use and WeVideo (web) is fine for smaller projects. There’s even a simple video editor built into YouTube.

Also consider: Windows Movie Maker sadly hasn’t been updated in a few years but you can still download it, while iMovie is free to install and use if you buy a new Mac computer.

Use LMMS instead of premium music-editing software

LMMS (originally Linux MultiMedia Studio) is a fantastic, open source, cross-platform, GarageBand-esque music production application you can download for free for Windows, Mac, and Linux. Compose tunes, mix tracks, add effects, and much more besides: it’s one of the best pieces of production software full stop, irrespective of it being free to use. 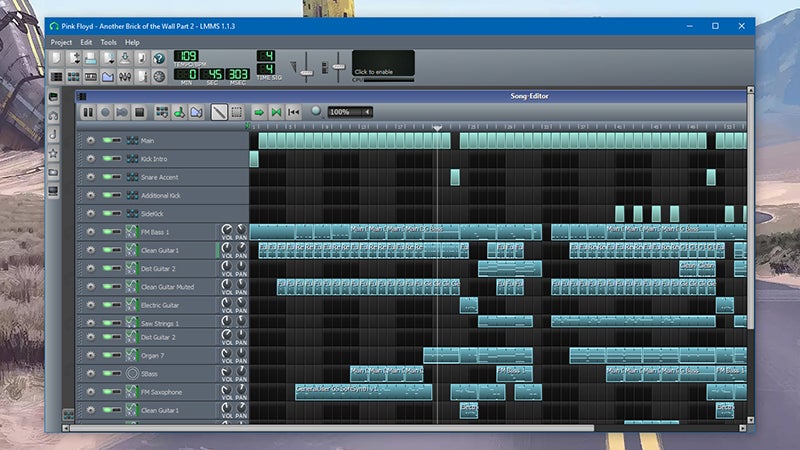 As with some of the other applications listed in this post, the interface isn’t always the easiest to get along with unless you already know the ropes, but all the key features you’re going to need are here, including support for VST plug-ins, full MIDI compatibility, a beat and bassline editor, track-based automation options and native SoundFont support. 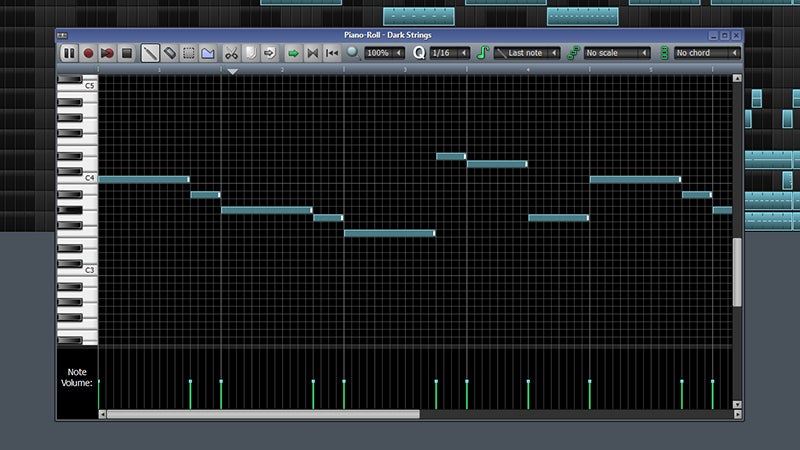 Spend a few minutes messing around with LMMS, even if you’re a complete beginner, and you’ll soon realise the scale and potential of the application. Unlike some free software packages, it can work seamlessly with industry standard apps and devices on both the input and output side, so there’s really no limit to where your music making can take you.

Also consider: GarageBand is free, as long as you’ve bought a new Mac recently, while for track-by-track audio editing Audacity is one of the stand-out tools in the freeware world.

The best of the rest

With Microsoft and Apple (and Google) now doling out so much free bundled software, the need for high-quality, zero-cost alternatives isn’t as great as it once was, but there are still some iconic freeware apps out there that we’d like to direct your attention towards. 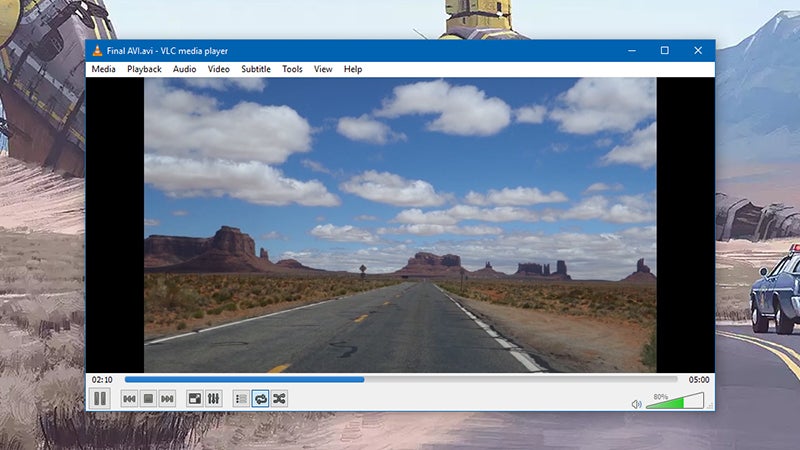 VLC Media Player (Windows, Mac, Linux) continues to be a solid, speedy, flexible media player that can take just about every format you want to throw at it. It’s helped us out time and time again when native apps refuse to load up a video. It’s packed with more features than you might realise and its now got mobile versions for iOS and Android too.

TeamViewer (Windows, Mac, Linux) is primarily a commercial product but it’s free for personal use and so it gets a mention here. It’s a simple, intuitive way of getting at someone else’s PC (with their approval) or accessing your own machine remotely from the home or office. Chrome Remote Desktop is a more basic option but works in the browser.

Handbrake (Windows, Mac, Linux) is a freeware gem for anyone who needs to do anything to do with video conversions. It can convert from pretty much any known format to pretty much any other known format, get your videos into shape for mobile devices, run conversions as a batch, enable tweaks to video and audio channels, and more besides.