What the World's Most Badass Weather Satellite Can Do

GOES-R is on its way to a geostationary orbit 22,300 miles above the Earth. In two weeks, it’ll reach its destination, becoming the first of a new generation of Earth-observing spacecraft that will extend NOAA’s ability to monitor weather in the western hemisphere out to the year 2036.

To say meteorologists are excited about GOES-R would be a severe understatement: they are thrilled, and for good reason. Capable of scanning the planet five times faster, at four times the spatial resolution, and in three times more spectral bands than current geostationary weather satellites, GOES-R is going to be a game changer for forecasting.

Here are four things to know about one of the most sophisticated Earth-observing spacecraft ever launched. 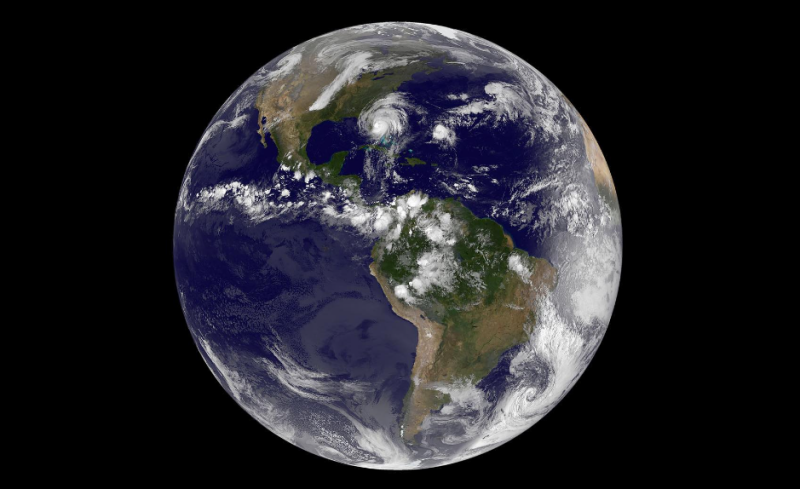 NOAA’s current GOES satellites were built with 1990s hardware, and if you want an analogy for the technological leap GOES-R represents, just think about your first computer 20 years ago compared with what’s sitting on your desk today. The Advanced Baseline Imager (ABI), GOES-R’s primary weather-monitoring instrument suite, is speedier, higher resolution, and overall far more capable than its predecessors.

“Our current [geostationary satellite] cameras do the entire western hemisphere, from the north pole to the south pole, every 30 minutes,” Eric Webster of Harris Corporation, which built the ABI, tells Gizmodo. “The Advanced Baseline imager can do the full disc in 15 minutes, the US in five, and a hurricane every 30 seconds.” It does so at a resolution of 0.3 to 1.2 miles across the entire western hemisphere. From 22,300 miles up, that’s like seeing the ridges on the side of a quarter located a mile away.

GOES-R will be scanning our planet across 16 visible, near IR and infrared spectral bands, allowing meteorologists to reconstruct the interior structures of hurricanes, differentiate between volcanic ash, wildfire smoke, and clouds, monitor wind shear via slight changes in atmospheric water vapor, and measure sea surface temperatures down to a tenth of a degree. Overall, this amounts to a substantial upgrade in our ability to visualise weather and natural disasters like wildfires, which NOAA hopes will lead to faster and more accurate forecasts. Also, expect a lot more glorious, high resolution images of our planet’s more fearsome storms.

Some people get their fix watching live streams of cute animals, but weather forecasters long for the ability to stream lightning. That’s about to become possible. Included alongside GOES-R’s weather-observing instrumentation is the first-ever geostationary lightning mapper, an optical detector that measures fleeting changes in a scene to indicate the presence of lightning. Critically, this instrument can not only detect cloud-to-ground lightning, but the much more frequent lightning taking place inside clouds, which is difficult to spot with current technology.

This image of global lightning activity was pieced together from years of data collected by Earth observing satellites. GOES-R will monitor lightning activity real time, with no gaps in coverage for the western hemisphere. Image: NASA Earth Observatory

With a spatial resolution of six miles the lightning mapper will provide round-the-clock information on lightning activity over the Americas and adjacent regions of the ocean that are not regularly monitored. Because lightning is a precursor for tornadoes and other types of severe weather, the hope is that GOES-R can turn Earth’s electrical zaps into a new type of early warning system.

Eyes on Our Terrifying Sun 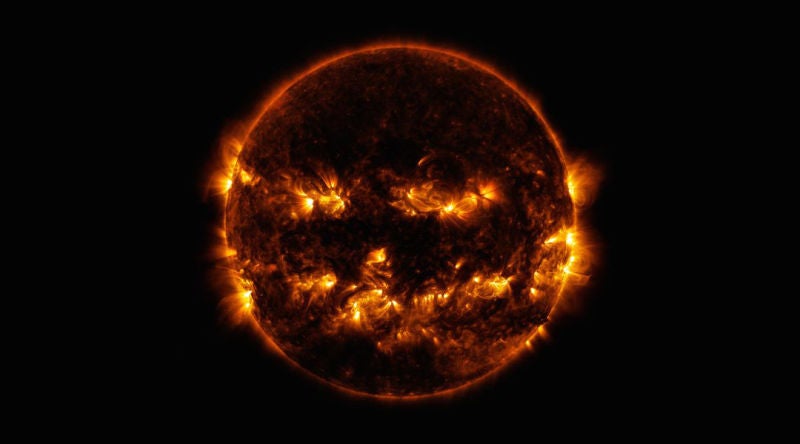 As GOES-R’s weather tools stare unblinkingly at the Earth, a boatload of other instruments will be keeping an eye on our fearsome Sun. Space weather — the final frontier of weather — is going to be a major focus of NOAA’s latest satellite, which packs sensors capable of detecting x-ray and UV radiation pulses from solar flares, charged particles comprising the solar wind, and fluctuations in Earth’s magnetosphere, the protective bubble that shields us from all the deadly radiation the Sun hurls our direction.

By closely monitoring the different components of space weather, scientists hope to get a better handle on how we should be preparing for and responding to large solar storms, which, while rare, threaten our satellites, GPS systems, and electrical grids in a way that few people appreciate. If a monster solar storm struck an unwitting Earth, it could cause continent-scale blackouts lasting for weeks to months, and I think we can all agree that’s a scenario we’d like to avoid.

A side bonus of having a new, high-res set of eyes on the Earth is that it can help spot people who are in trouble. GOES-R will be joining Search and Rescue Satellite Aided Tracking (SARSAT), an international system of satellites that saves hundreds of aviators, mariners, and land-based users a year by mobilising search and rescue teams. The satellite is equipped with a special transponder that can receive distress signals from individual users with emergency beacons and relay the signal coordinates to NOAA, which in turn alerts local rescue authorities. Whether you’re ice climbing in Alaska or sailing on the Caribbean, if you bring a SARSAT beacon along, a spacecraft 22,300 miles overhead may just save your life.