Neo-Nazis around the world have made it clear that they’re optimistic about what a Trump presidency will do for their cause. And while countless people have already pointed out just how dangerous Donald Trump’s rise to power has been, the historical parallels to other authoritarian regimes is still shocking. Take, for instance, this article from 1934. The author explains that Hitler was promising to make Germany “great” again.

The article was part of a series on “Modern Leaders of Men” and was syndicated in newspapers across the United States in 1934. It showed up in places like Utah, Arizona, South Carolina, and Missouri. The screenshot above is from the Green Bay Press-Gazette in Wisconsin.

The article tells the story of the rise of Hitler, first explaining that people thought he was merely a joke and “laughed at him.” But that he soon took advantage of Germany’s dissatisfaction with their lot in life.

From the 4th January 1934 issue of the Green Bay Press-Gazette (emphasis mine):

In 1923 Hitler gathered a few men together to “march on Berlin”. The attempt was a failure. Hitler was sentenced to prison for five years, but he was allowed to go free long before his term was up. People laughed at him, and thought he was of little importance.

Those who laughed were wrong. The “little corporal” may have been of small measure as a person; but there was power in the forces which it was possible for him to muster.

Adolf Hitler, out of prison, took advantage of the groans. He told people that he would make Germany “great” again. He blamed Jews, Socialists, Communists, and others for the troubles of the land. His blazing speeches gained followers for his “cause.”

The phrase pops up again in the 24th February 1940 edition of the St. Louis Star and Times in Missouri. The newspaper quotes a Hitler speech that was broadcast throughout Germany and even played on radio in the United States:

Nationalism and Socialism had to be redefined and they had to be blended into one strong new idea to carry new strength which would make Germany great again. 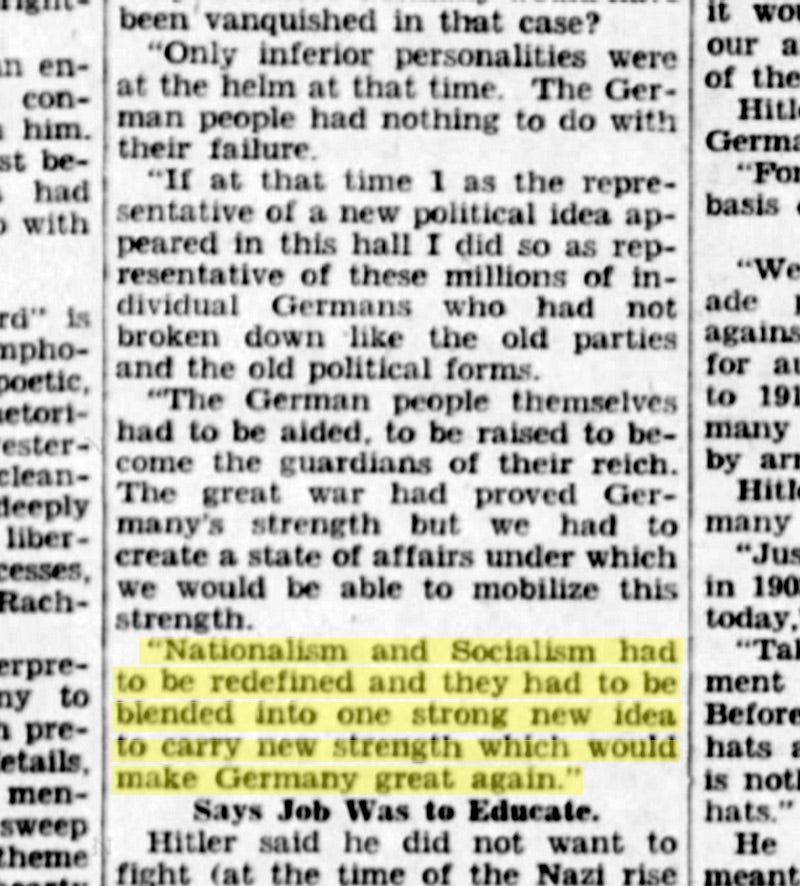 Excerpt of a speech by Adolf Hitler in the 24th February 1940 edition of the St. Louis Star and Times in Missouri (Newspapers.com)

Randall Munroe, creator of the webcomic XKCD sent me a tip about the 1934 syndicated article over the weekend, and I looked into whether anyone had already covered it or the 1940 speech that I found. As it turns out, Snopes has an entire page about whether Hitler promised to make Germany great again. The debunker website, which is usually pretty accurate, says that the claim is “mostly false.”

And while Hitler never plastered “Make Germany Great Again” on baseball caps, he did insist that he was going to fulfill his promises. So I’m honestly not sure why Snopes is rating this claim as “mostly false.” Even if we allow for some kind of rough translation error from German into English for that 1940 speech, the idea is still the same.

But the fact that the newspaper quotes Hitler as saying that he was going to “make Germany great again” verbatim certainly is terrifying. 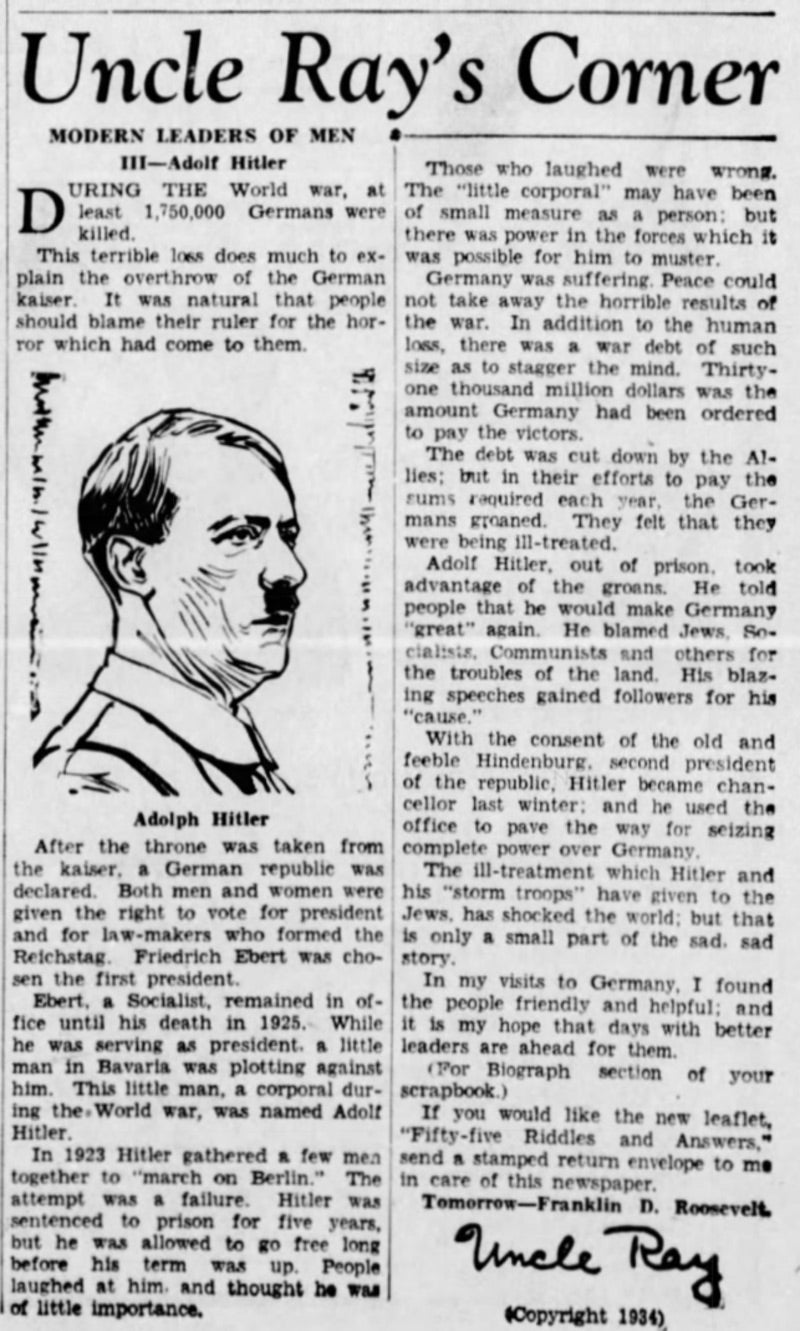 A syndicated column in the 4th January 1934 Green Bay Press-Gazette in Wisconsin (Newspapers.com)

As a reminder, the only book we know for certain that Donald Trump has ever read (outside of his own) is the book of Hitler speeches he kept next to his bed in the 1990s, according to his ex-wife.

What a time to be alive.