Last week, a construction project for the Los Angeles subway turned into a scientific excavation after workers uncovered fossilised skull, tooth and tusk fragments from ancient elephant relatives that have been extinct for 10,000 years.

According to LA transit officials, remains belonging to an adult mastodon were discovered shortly before the Thanksgiving holiday (last Thursday), promoting officials to bring in a palaeontologist monitor to survey the site near the La Brea Tar Pits. On Monday, the monitor found a second set of fossils, a partial skull with tusks possibly belonging to a young mammoth or mastodon. 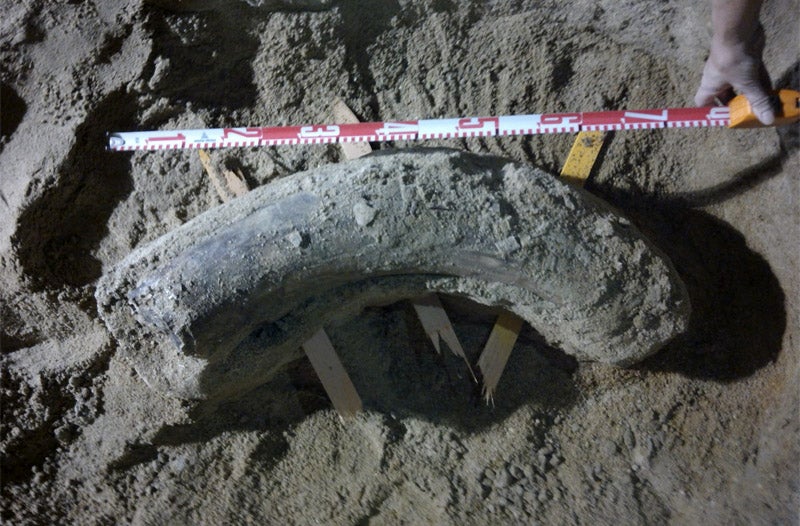 Since such finds are not unusual in the area, officials hired an outside palaeontology firm to identify and preserve any fossils found during construction before the project began.

“Both the tusk section and skull have been encased in plaster—similar to that used in making casts for humans—in order to be removed from the site intact and taken to a lab for further analysis,” wrote the LA transport authority on their blog. “An analysis of the teeth and other features of the skull will tell whether the animal was a mammoth or mastodon. The skull will ultimately be handed over to the Natural History Museum of Los Angeles County.” 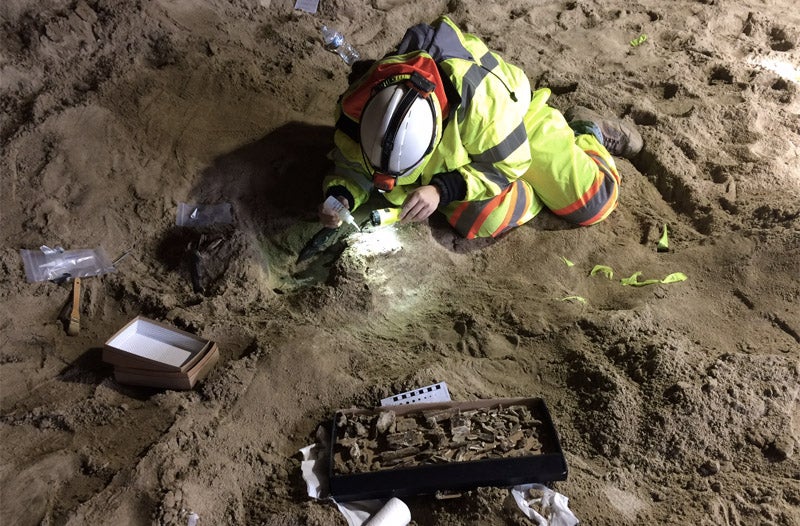 While impressive, however, the specimens are not the only scientific discovery made during a construction project near the tar pits. In 2007, a mammoth’s nearly intact skeleton was found by workers while building a parking garage. Nicknamed “Zed,” the deposit is the most complete mammoth skeleton ever found in the area.

“The Zed deposit was actually found by a bulldozer, by a piece of heavy equipment that took off the top six inches of his skull,” a La Brea Tar Pits museum representative said in 2011. “But at least they stopped before they went any further. It was better to hit a somewhat simpler area of the head than say take out the teeth or the tusks.” [Metafilter]