A few weeks ago, the US National Weather Service’s Pacific Tsunami Warning Center (PTWC) released this soothing and terrifying animation of every earthquake it recorded from 1st January 2001 to 31st December 2015. Here’s my suggested backing track, and here’s how the video’s description says to read the map:

The earthquake hypocentres first appear as flashes then remain as colored circles before shrinking with time so as not to obscure subsequent earthquakes. The size of the circle represents the earthquake magnitude while the color represents its depth within the earth.

The first thing you’ll notice is that most of the quakes occur around the Pacific Ring of Fire, a place where earthquakes and volcanic action are common thanks to the boundaries of the pacific tectonic plate.

There are a few events that really stick out:

That enormous flash over Indonesia is the 26th December 2004 Sumatra earthquake, the third largest earthquake ever recorded, which lead to a chain of tsunamis killing over 230,000 people.

The quake in Japan is the 2011 Tōhoku earthquake and tsunami, the fourth largest earthquake ever recorded, which killed 15,000 and caused the nuclear meltdown at the Fukushima Daiichi nuclear power plant.

But quakes don’t need to be the biggest to be terrible. This last gif shows one of the deadliest earthquakes in history, and it’s not the enormous flash of 27th February 2010 Chilean earthquake which killed several hundred. 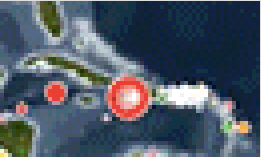 There’s another important thing that this video makes painfully clear. Check out the central United States, around Texas and Oklahoma: 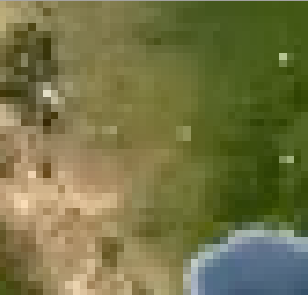 There are almost no quakes for the first half of the video. But starting around 2007 and speeding up until now, you can see the the region light up with tiny blips. 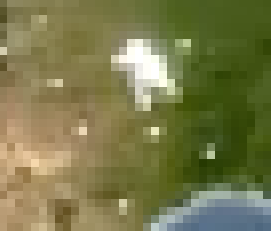 Those quakes are mostly the result of oil and natural gas operations injecting wastewater deep beneath Oklahoma soil, like the two large quakes that struck the region early this year.

So anyway, thanks for 15 years of death and disaster, planet Earth! Can’t wait to see how we screw you up next.