The Best Apps for the iPhone 7 Plus Dual Camera

If you’ve dropped the extra cash on the iPhone 7 Plus and its fancy dual-camera, then you’ll want to be sure of getting your money’s worth. That means finding all of the right camera apps that can actually take advantage of the new hardware. With that in mind, here are the best apps we’ve seen that have been upgraded to make the most of the bigger iPhone’s killer feature. 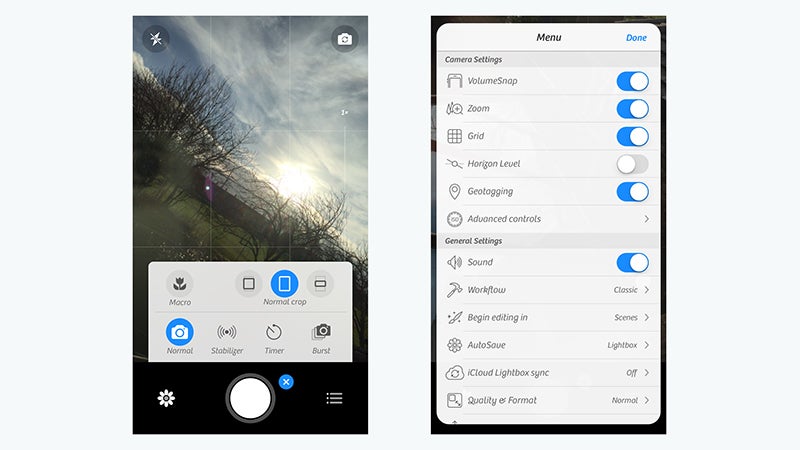 We’ve already written about the update to Camera+, which brings dual-camera support to one of the best iPhone camera apps out there—as well as advanced image processing, focus and exposure control, a choice of scene modes, and a built-in stabiliser option.

There’s now a toggle switch so you can jump between the wide-angle lens, the telephoto lens (with extra zoom), or a “duo” mode that combines the two. If you want to manually choose your lens mode each time, then the option’s there, otherwise stick to automatic. 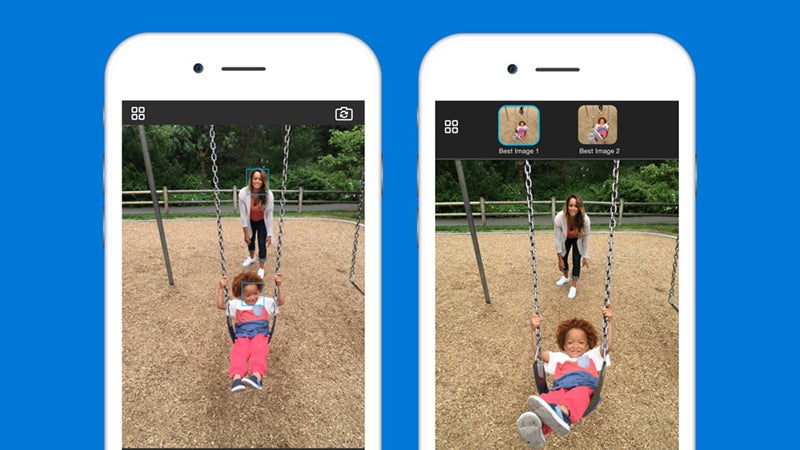 Pix is one of a slew of Microsoft apps now available for iOS and Android, and it’s packed with smart technology to help get your pictures looking their best. It can automatically detect faces in the shot and adjust the exposure and colour settings on the fly, for example.

Of course it also now has support for the iPhone 7 Plus dual-lens camera, which warrants its inclusion in this list. Other recent improvements to the app include the addition of a decorative frames option and better white balance handling to get skin tones looking right. 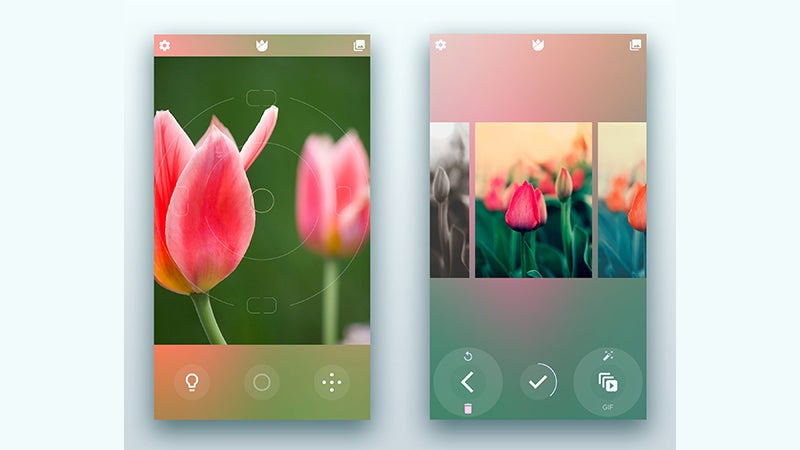 Live Focus is built around the idea of “shoot first, focus later,” giving you the flexibility to change the focus point after you’ve snapped the image. The app also comes with 30 real-time filters to play around with and 4K resolution support for your saved pictures.

The most recent update pushed out by the Live Focus team promises “basic” support for the dual-lens camera sported by the iPhone 7 Plus (which itself has a few focus tricks of its own). According to the app’s release notes, more advanced features are on the way. 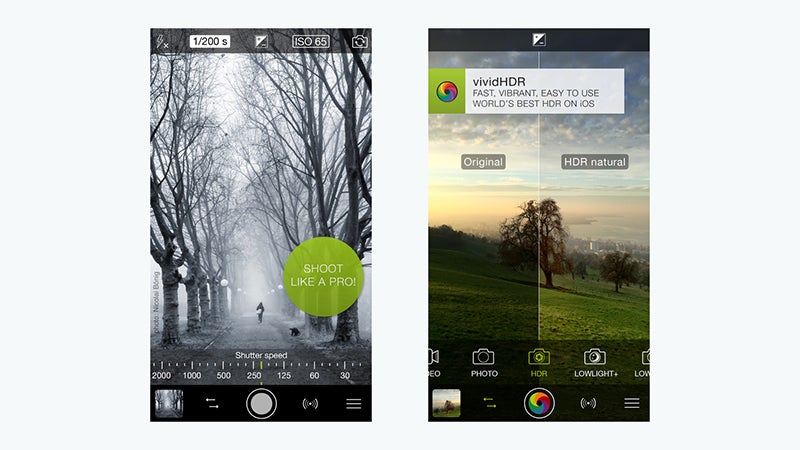 The price of admission is high but ProCamera comes stacked with features, manual settings, and filters to help you do more with the camera on your iPhone—including taking advantage of the dual-lens setup that comes with this year’s 5.5-inch model.

A simple toggle switch lets you jump between wide, dual, and tele lens, and the team behind ProCamera has gone into some detail about what each mode does on its blog. Impressively enough, the feature arrived on the same day as the iPhone 7 Plus did. 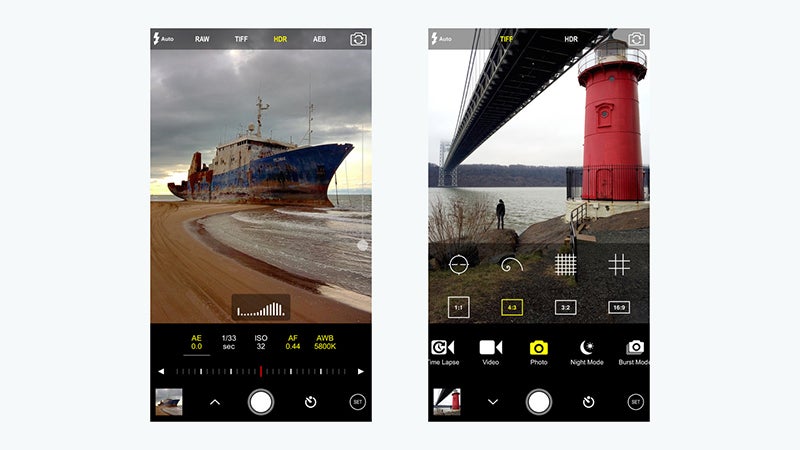 With a similar name, a similar price, and a similar feature set to ProCamera, ProCam 4 also gives dual-lens support to mobile photographers keen on taking manual control over their shots. Among the features are a choice of shooting modes and shutter release options.

An icon at the top of the capture screen lets you switch between cameras, and as an added bonus, you also get the opportunity to create “wigglegrams,” these animated pictures take snaps with both camera lenses at the same time, giving them a sort of pseudo-3D effect. 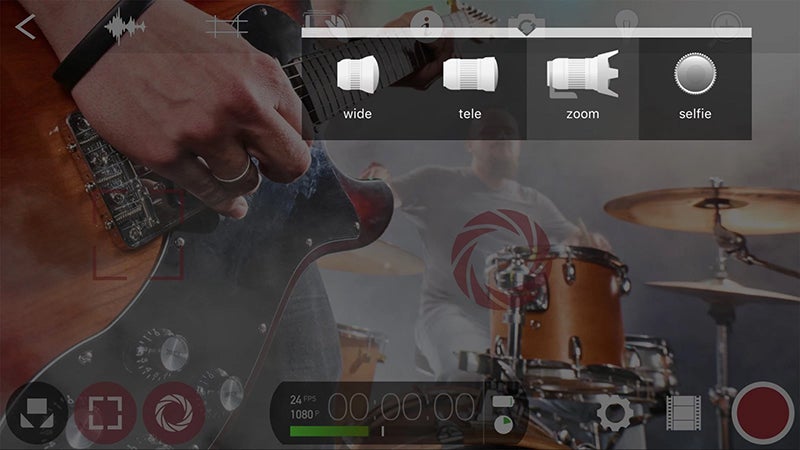 Keen mobile movie-makers might want to cast their eyes towards Filmic Pro, the advanced video editing studio for iPhones and iPads that now has support for the iPhone 7 Plus’ dual camera setup, letting you make the most of both lenses and the optical zoom feature.

Tapping the camera icon brings up four lenses—wide, tele, zoom and selfie—so you can switch to close-ups (tele) that will also give you a shallow depth of field. The wide and tele lenses also offer full access to the app’s usual manual controls and digital zoom options. 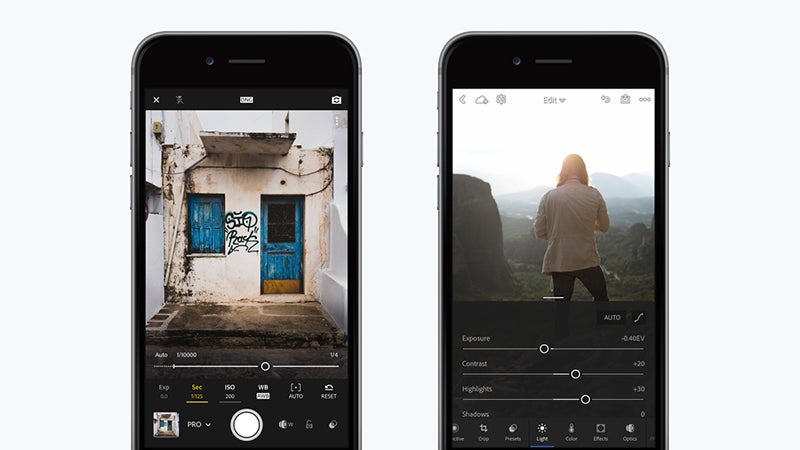 Finally we have Adobe’s image processor and organiser app for iOS, which lets you both snap photos with the dual-lens camera (you’ll see a toggle switch down by the shutter button) as well as manage them on your various devices and export them to other places.

Of course the beauty of Lightroom is all the other hardware it supports as well. While it’s traditionally an app for the serious photographer, it’s well worth a look for casual users wanting pro-level tools, and you don’t need a CC subscription to get at most of its features.