How to Turn YouTube Into the Ultimate Music Player

YouTube’s not just for toy dissections and mannequin challenges, it’s the world’s biggest jukebox too, though it may lack some of the refinements of your favourite desktop music player. Here’s how to queue up an endless list of songs you’ll love, old and new, without having to constantly search for and select each track at a time. 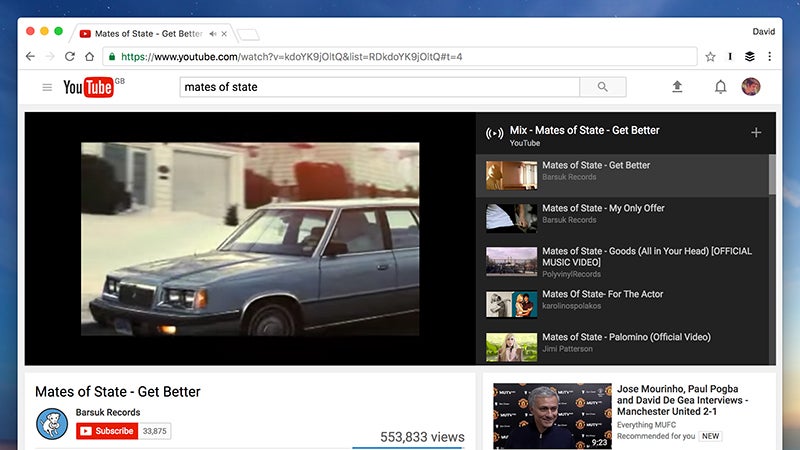 First of all there’s the YouTube Mix feature, which appears as an option to the right of most music videos on the platform, usually organised by artist. Click on a mix to start playing it, an endless, auto-generated playlist of tunes generated from the song you were listening to to begin with.

The mixes generated by a lot of songs will play a few tracks from the same artist before becoming more diverse and including related acts. Obviously for bands and singers with more music on YouTube, there’s a bigger well to draw on before the mix has to search for something else, so these mixes end up being less varied. 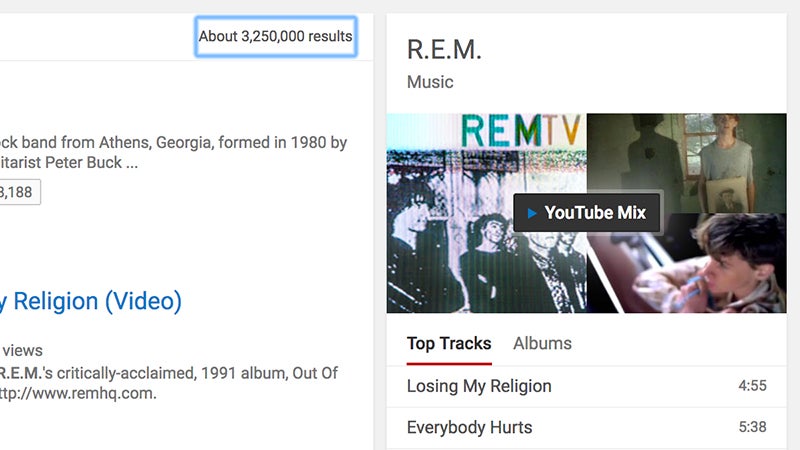 Another way to find mixes is to search for artists using the main search box. On the right of the results page, for well-known artists at least, you should see a YouTube Mix link you can click to play.

You can save mixes for coming back to in the future, as well: click on the plus button in the top-right corner on the web. In fact, mixes can be started just by ticking the little Autoplay button on the right of the web interface, but this doesn’t give you the playlist interface showing upcoming tracks, or the option to save the mix. Unlike regular playlists, you can’t shuffle songs, just skip ahead. 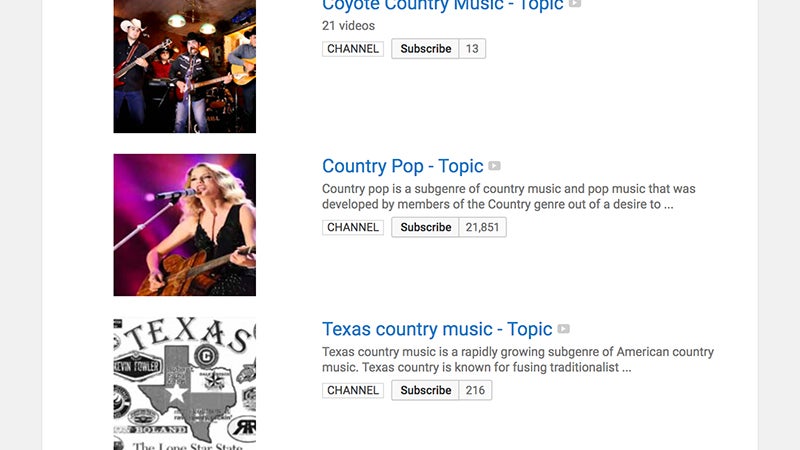 A less-well-known YouTube feature also of interest to music lovers is topics: auto-generated channels put together by YouTube’s algorithms focussing on any kind of popular topic, including music genres and major artists. The names of these channels have “topic” after them and you can find them with a simple search, together with the type of music you’re after.

Here are the auto-generated topic channels for hip-hop, pop, and rock, for example. You can also find them based around specific artists, from Metallica to Drake. 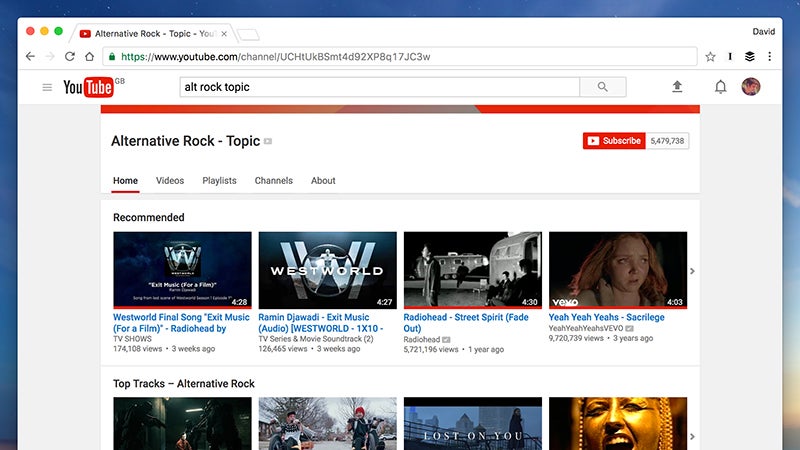 Once you’re in a topic—which you can subscribe to like a regular channel—there’s the option to launch a mix from anywhere, as above. You can also jump into playlists grouped around songs or albums, and the bigger the channel the more choice there is in terms of ways to dig into the music and find new stuff.

Remember that YouTube’s smart algorithms are always watching, and any topic you subscribe to, or any song you listen to, are likely to affect some of the recommendations and auto-generated, queued-up tracks further down the line.

As you might expect, third-party developers have been keen to add to YouTube’s rather spartan music-playing options; unfortunately, YouTube seems just as keen to squash any of these up-and-coming add-on projects even though they make the site a much more viable option as a music jukebox.

Playtube is an older Chrome extension but it still works, enabling you to queue up songs while you browse YouTube and then play them from the extension button without actually having to watch the videos (it works by creating a pinned tab to load up tracks). It’s possible to save playlists and control playback very easily. 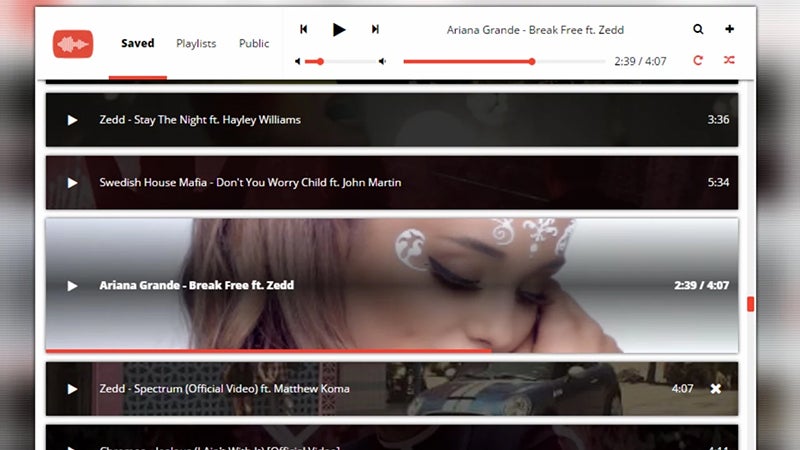 Then there’s The Parade, a web wrapper for YouTube, Soundcloud and Last.fm that gives you access to those services through a standard-looking music player interface. You can search for tracks and artists, browse by genre, set up queues and playlists, and more besides.

StreamSquid is another impressive looking web interface that sits on top of YouTube and actually keeps the videos in view, which presumably means the powers-that-be at YouTube are okay with it existing. You can browse through tracks that are popular with others or set up your own playlists. 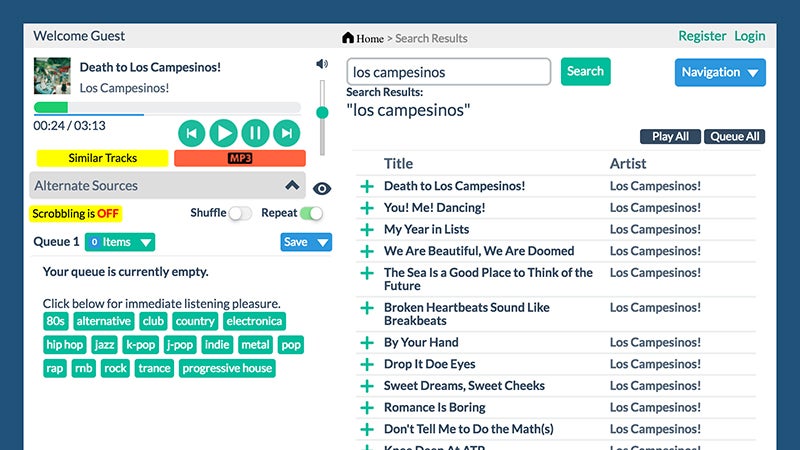 And finally the Spotify-esque Listen Video for Chrome does a similar job as StreamSquid but runs as a Chrome app. It’s not quite as polished in terms of its visuals as the other options here but it certainly packs in a ton of features and functionality and is well worth playing around with.

Of course the best part of using YouTube as a music jukebox is it’s all free to access, if you don’t mind putting up with a few adverts along the way. For the time being, YouTube Red—which removes the ads and lets you save videos for offline viewing—is only available to users in the US, Australia and New Zealand.