It’s that time of year again—time for the biggest technology companies in the world to gather in Las Vegas for the Consumer Electronics Show (CES). The week-long gadget extravaganza always proves to be a complete circus. It’s the one place can go to see the newest technology in basically every imaginable category: drones, TVs, speakers, headphones, virtual reality headsets, self-driving cars, robots and dozens of other crazy concepts. It’s where company’s show us their biggest ideas about the future of consumer tech.

As always, Gizmodo is sending a team of ravenous journos to scour the show floor and find the most insane shit. Once the show starts, we'll have plenty of ongoing coverage, but for now, here are some of the biggest trends and themes we expect to see at this year’s show.

TVs Will Get Brighter and Cheaper

Every single year, without exception, TVs seem to create a most of the buzz at CES. This year should be no different, with many of the same big players making big announcements. Companies like LG, Samsung, Sony, and Panasonic can all be expected to have big 4K-resolution TV reveals during their scheduled press events on Wednesday.

Lesser-known Chinese companies like TCL, Hisense, and LeEco may also have some major announcements of their own. These brands have typically been known in the west for their budget versions of what the big well-known brands produce.

Computers You Strap to Your Face

This year at CES, virtual reality (VR) and augmented reality (AR) will continue to be two of the biggest trends in futuristic technology, with more products in the market than ever before. Though Oculus for some strange reason will not exhibiting at this year’s show, its chief rival HTC will, and we expect some major announcements surrounding the HTC Vive headset—especially when it comes to VR experiences in categories like business and education.

There will also be a bunch of smaller, lesser-known companies like I Am Cardboard, KwikVR, and Pimax trying to wedge themselves into the market. One of the biggest changes we’ll see across companies big and small is an increased attention on VR experiences made for use outside of your living room. It’s finally time for these companies to show why VR matter to everyone, not just gamers.

There is also expected to be a burgeoning trend in AR, in which companies overlay digital images onto the real world to make working easier. In addition to products like the Microsoft HoloLens, we expect to see more from competitors like Intel’s Project Alloy and other lesser-known brands. Look out for some totally insane AR ideas, which use gesture controls that give us a glimpse into the way we’ll interact with computers in the future.

Personal Assistants Will Take Over Our Lives 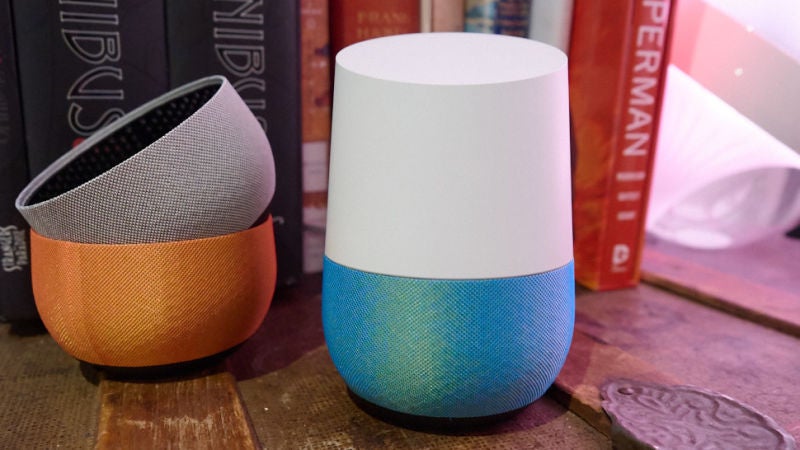 It was a breakout year for artificial intelligent personal assistants with the launch of products like Google Home and the Amazon Echo Dot—and we’re expecting this trend to continue heading into 2017. At CES, we’ll likely see a bunch of new Alexa-enabled devices thanks to the year-old Alexa Skills Kit (ASK) that lets developers build voice commands for new products.

In addition to new Alexa devices, we’ll probably see a few knockoffs. Companies that are building voice-enabled products that can be used as personal assistants, secretaries, or smart home hubs are basically a certainty. It’s hard to say whether any of these newer products will be able to legitimately compete against Google Home or Amazon Echo—but companies will certainly try.

There are also likely to be some robotic personal assistants, similar to last year’s Buddy the Robot or Jibo. Asus announced its own version of this concept, called Zenbo, earlier this year and we’re expecting to see more of these robotic AI assistants at CES. It’s safe to say these robots aren’t ready for prime time yet, but they’re certainly fun to mess around with.

Over the last decade, CES has become one of the biggest and most important car shows of the year. This year will continue on that trend with new self-driving car exhibits and concept cars that are sure to cause a buzz.

Faraday Future, the secretive automotive startup that has yet to produce an actual product, is going to be leading the big announcements with new teases about its first production vehicle. The company has already published a short video of its new car during road tests, and we’ll hopefully learn more about what exactly it is during the company’s CES press conference. Faraday’s press event will be especially interesting since an insider recently told the Financial Times, “If CES goes badly, it’s all over.”

There are likely to be plenty of other concepts shown off by more established car companies. Chrysler, for example, is expected to reveal its first fully electric vehicle, a variant of the the Pacifica. If rumours are true, the announcement would mark a significant shift for a company that has long been reluctant to develop electric vehicles.

Honda is also expected to show off a ridiculous concept car called the NeuV. The vehicle will supposedly show off Honda’s advancements in artificial intelligence, electric powertrains, and self-driving technologies. It’s made specifically for commuting in urban environments will supposedly use AI to change the way people interact with the car.

Toyota is also promising a new concept car at CES, but details are pretty slim. The company has gone so far as to say its announcement will be about user experience, but hasn’t said much more than that. Most industry experts believe this means Toyota will show off a new high-end cabin similar to the Lexus UX concept from the Paris Motor Show.

As for inside the vehicle, you can expect to see more smart technology making its way into the cockpit. BMW will be showing off its new technology called HoloActive Touch, which is basically just a fancy term for gesture controls. We’ll also see new crash avoidance systems from companies like Mobileye and Audi.

Apple killed the headphone jack last year, leaving many people frustrated. CES 2017 should take care of many worries because we’re expecting almost every major headphone maker to have some new wireless option.

The most exciting wireless headphones will be direct competitors to the Apple AirPods, and hopefully they look better and offer better controls. We will likely see a very wide assortment of wireless headphones—some that are marketed as fashion items and others that are made to be as discreet as possible. Expect a huge swath of options.

So Many Dongles and Adaptors

We’re in the middle of a major shift in computing. Many of the old universal connectors like DC adaptors, USB 3.0, micro-USB, and even the headphone jack are being removed from the newest gadgets. In their place are newer, fancier, usually better connectors like USB-C and the Lightning port.

Still, as we make that transition, using accessories will be extremely cumbersome and annoying. You basically need an adaptor for everything these days. If you have a new laptop, you’ll need a card reader adaptor or even something that lets you access old USB 3.0 flash drives. It gets even worse when you start thinking about connecting a monitor to that laptop.

At CES 2017, one of the biggest trends that might get overlooked is all of the new adaptors and dongles that are made to bridge the gap between your older technology and newer items. They aren’t pretty by any means, but they’re unfortunately a necessary component if you’re an early adopter. Expect to see dongles and adaptors for every port imaginable.

What are you most excited to see at CES 2017? Do you think we’re missing any big trends? Let us know in the comments.