Most people, with the exception of those who live beneath the subway grates and Ted Cruz, don’t like to be alone for too long. We need — nay, crave — the attention of others. When that attention comes from an intelligent piano-playing machine, however, shit gets weird.

A.I. Duet, a new experiment from Google, does just this. It’s pretty simple: Open up the web player, play a few notes on your keyboard, and wait for your strange new robot friend to respond with its own music. It’s like jamming, if jamming involved a machine instead of your long-haired friend who likes to noodle badly on the guitar.

When I first tried it, it didn’t work quite as planned. I played a few notes—terribly, because one semester of piano lessons in college taught me how to play the beginning of Coldplay’s “Clocks” and nothing else, which is horrific and sad in its own way — but my computer friend didn’t answer. It made me question a lot of things for a few minutes, but then it started working and I was saved from my brewing existential crisis.

Anyway, it’s hard to understate how weird it is to duet with a computer. It appears to observe the rhythm and key, though the guy in Google’s promotional video insists he didn’t program it to do that. Say it with me now: They’re learning. 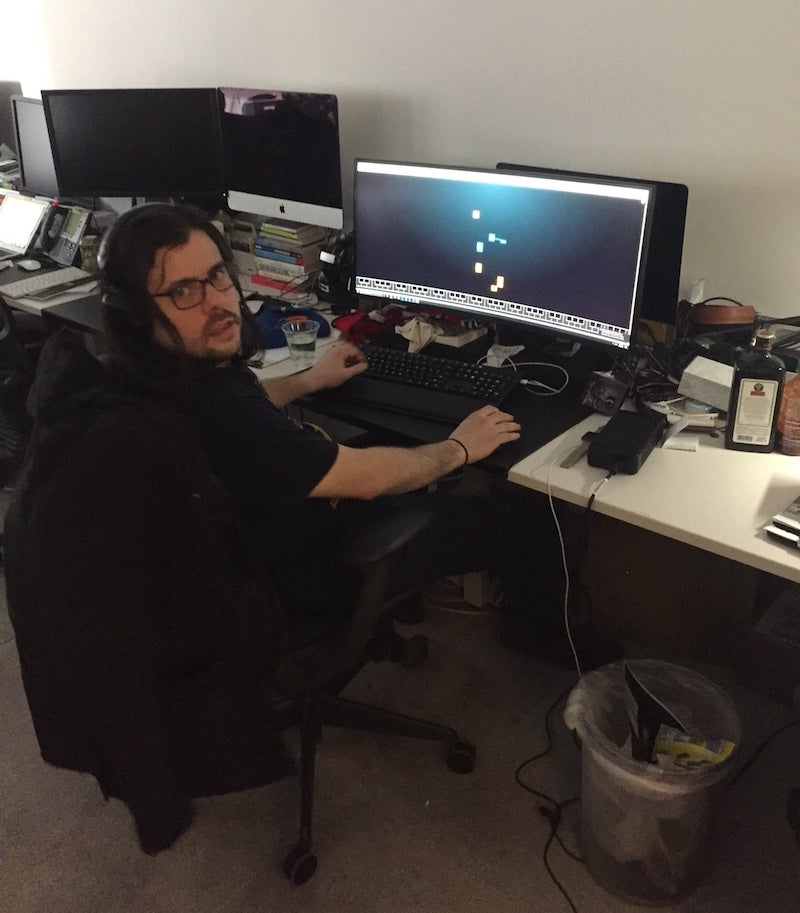 Sometimes the computer’s response, which is represented by a series of orange bars, takes an unexpected turn, and veers off course from what you’ve plugged in. Other times, however, it responds perfectly, even before you’re finished playing, so the two of you can make beautiful music at the same time. I felt a swell of something approximating pride when this happened, but I am not going to investigate that further.

At the very least, fiddling with this thing is an excellent distraction from today’s other, more heinous events. I feel less lonely now, but I also worry that one day this computer will take my job. I hope that it, too, learns how to play “Clocks” one day. [Google]

Tags:
music
robots
ai
artificial intelligence
hello is it me youre looking for
i cant play the piano
this might be a cry for help