We’ve been debunking fake photos at Gizmodo since 2013, but in the year 2017, the fakes seem to be spreading online faster than ever. Here are just a few of the images we’ve seen swirling around the internet lately. And none of them are what they appear to be at first glance.
Fake breaking news alert reading “Bannon accepts diminished role in W.H.” produced by the Daily Show (Twitter)

1) Is this a real CNN breaking news alert?

Did you see this perfectly timed news alert about presidential advisor Steve Bannon accepting a new role in the White House? It turns out it was a bit too perfect. Which is to say it was totally fake.

The CNN screenshot went viral after it was tweeted by a TV producer named Melissa Jo Peltier. The joke, of course, is that it looks like CNN is inadvertently announcing Bannon has accepted a new role at the White House as the Easter Bunny.

It turns out that the image was actually created by the social media team at The Daily Show with Trevor Noah and was tweeted out earlier in the day. The show made the same joke last night without the CNN breaking news bit. If you look in the upper lefthand corner you can even see a faint watermark for The Daily Show. It’s funny, but totally fake.

2) Is this Marilyn Monroe and Elizabeth Taylor?

The internet loves Marilyn Monroe. But the internet is filled with tons of fake Marilyn Monroe photos. So you can probably guess what we have to say about the photo purporting to show Marilyn and Elizabeth Taylor above. That’s right, it’s phony.

3) Is this the Gentleman’s Guide to Amputation?

Have you seen this 19th century guide to amputation? It’s pretty gruesome in a stoic, matter-of-fact way. Thankfully, it’s not real.

This fake has been swirling around for years. It was created as an infographic by an art student and then posted to Tumblr, where it quickly went viral. You’ll see it pop up again and again on those OMG HISTORY Twitter accounts. But it’s an art project, not a piece of history. 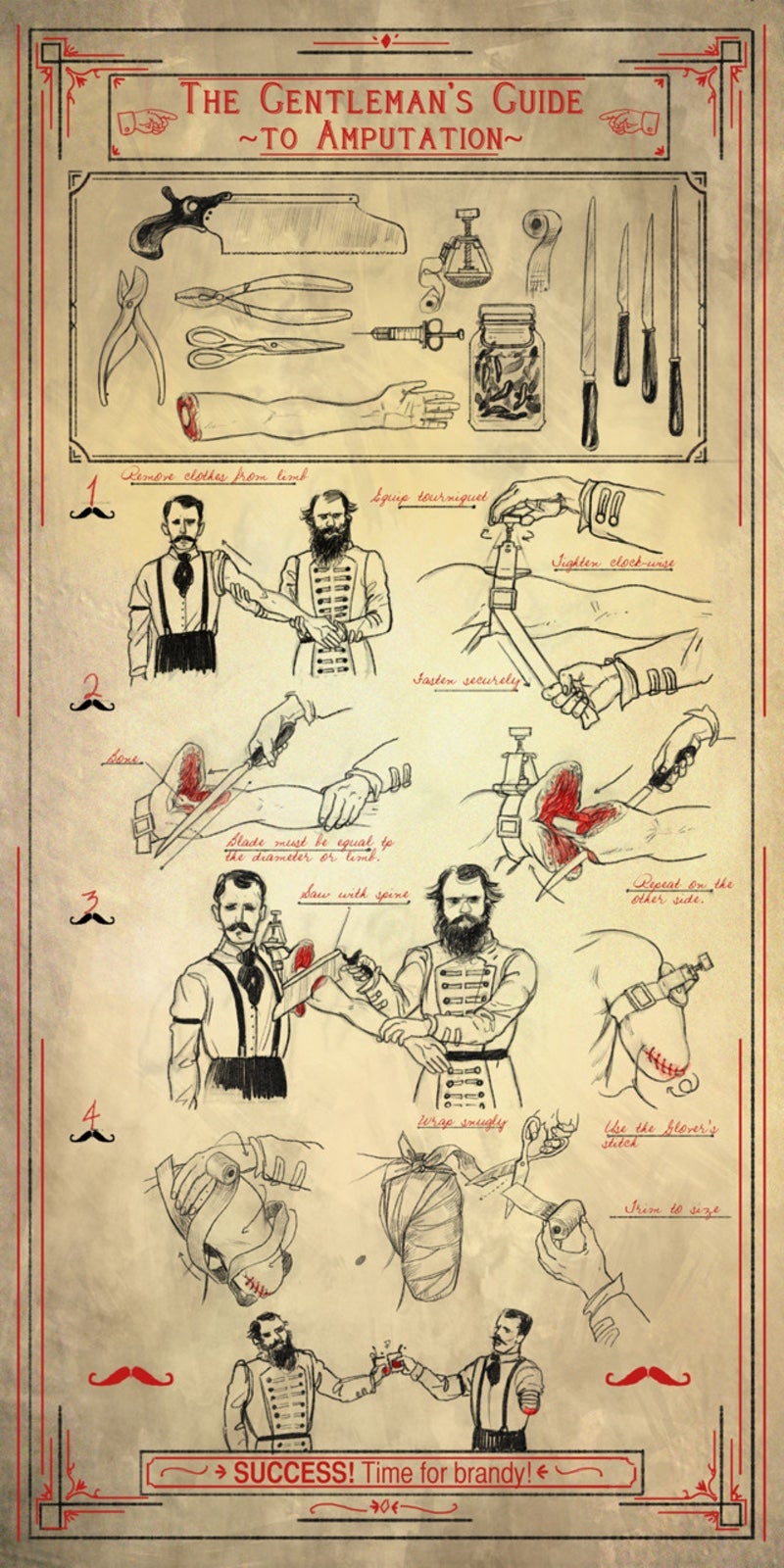 4) Is this a shot of hot air balloons in the night sky?

Pictures of the sky at night are incredibly popular online. But sometimes those photos are heavily manipulated, like the image above.

As veteran photo debunker PicPedant points out, this image is a composite of two photos. The big clue? To get the stars so bright you would need to have a long exposure time, but such a long exposure would cause moving objects like the balloons to blur.

5) Is this Bruce Lee playing ping pong with nunchucks?

Nope. This video is actually from a 2008 Nokia ad for the Nokia N96 Limited Edition Bruce Lee phone. The ad used a look-alike actor and special effects to make it look like Bruce Lee. The real Bruce Lee died in 1973.

6) Is this an anti-trans bus that was bombed in Spain?

These anti-trans busses have been popping up in the US, the UK, and Spain. And they’ve rightly become the target of protest by people who are angry at their hateful sentiment. Some of the busses have even been vandalised. But as Buzzfeed explains, images showing one such bus after a bomb explosion are a photoshop job.

The busses are run by the National Organization for Marriage, a Washington-based hate group. The group calls the effort a free speech campaign.

“Boys are boys and girls are girls—it’s very simple,” Brian Brown, head of the group, told USA Today about the busses. “We don’t want men in girl’s restrooms. We don’t want schools and our law attempting to say that people are bigoted simply because they understand that there’s a difference between male and female.”

It’s not clear who first created the photoshopped busses, but the images have been used by both trans activists and anti-trans activists alike. All we know is that there haven’t been any bomb attacks on anti-trans busses in Spain or anywhere else.

7) Is this a real quote from Thomas Jefferson?

People love to quote the US's founding fathers to give their arguments some gravitas, but idiots on the internet help spread fake quotes from those founding fathers far and wide online. One such idiot is Congressman Tom Garrett, who represents Virginia’s 5th District. Unfortunately for the people in Mr. Garrett’s district, their Congressman will tweet old quotes that are completely fake.

Last week, Congressman Garrett tweeted out this quote that’s supposed to be from Thomas Jefferson: “The two enemies of the people are criminals and government, so let us tie the second down with the chains of the constitution so the second will not become the legalized version of the first.”

As the Jefferson Foundation explains, there’s no evidence that Jefferson actually said this. The quote actually appears to come from libertarian hero Ayn Rand.

From Rand’s 1963 essay titled “Man’s Rights” in The Virtue of Selfishness:

There are two potential violators of man’s rights: the criminals and the government. The great achievement of the United States was to draw a distinction between these two—by forbidding to the second the legalized version of the activities of the first.

So, yeah, not exactly a founding father. 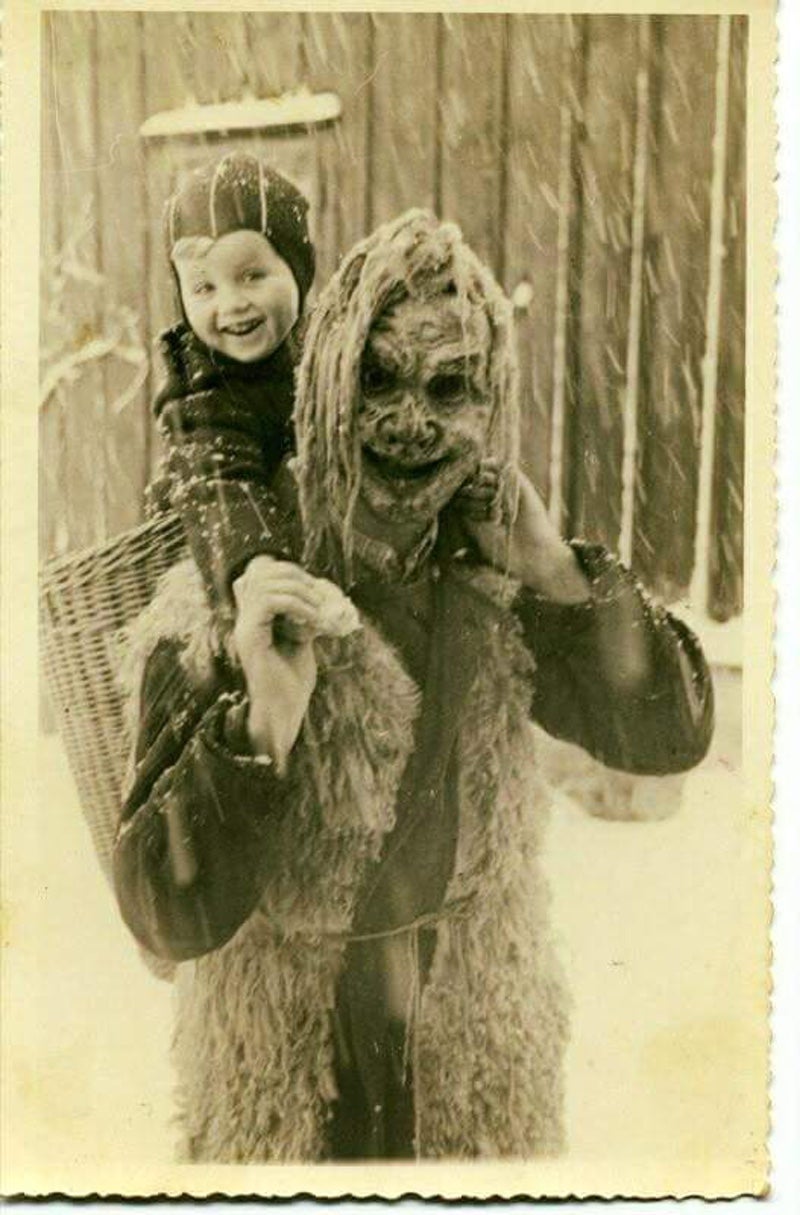 A 1949 photo from Austria of Krampus, the terrifying Christmas tradition of a half-goat, half-demon who goes after children (Flickr/Twitter)

8) Is this a creepy photo discovered in a thrift store?

Have you seen this “creepy photo that was recently discovered in a thrift store” with “only the year 1922 found written on the back”? Pretty spooky, right? Well, it’s not quite what it seems.

Yes, the photo is creepy as hell, but as photo debunker Hoaxeye explains, the picture is actually from 1949 and shows a man dressed as Krampus, a terrifying half-goat, half-demon folk legend recognised in Eastern Europe as a companion to Saint Nicholas. Unlike Santa Claus, Krampus terrorises little children who are bad.

The photo was originally posted to Flickr under the caption, “Little Brother riding on Krampus Shoulders.” Still spooky? Sure. But not quite as mysterious as so many viral Twitter accounts would have you believe. 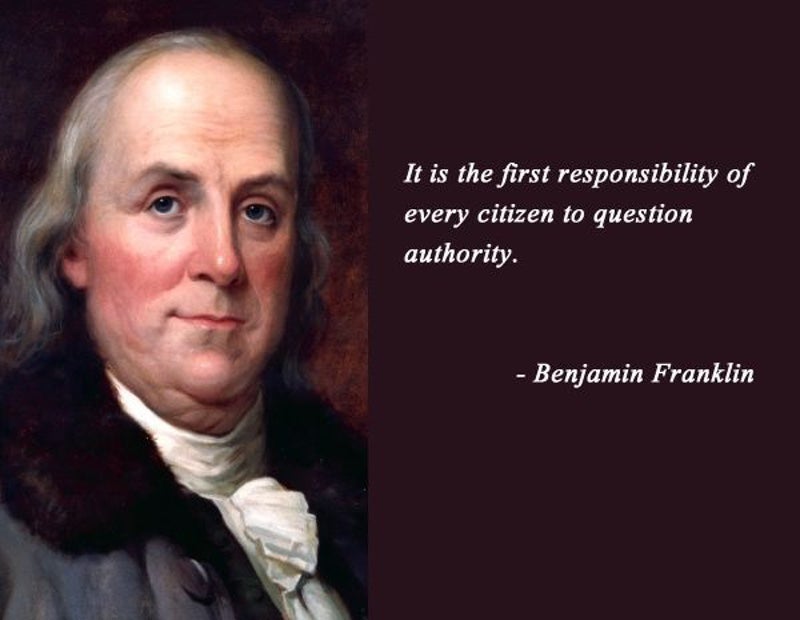 9) Is this a real quote from Benjamin Franklin?

Again, people love to quote the US's founding fathers. But did Benjamin Franklin really say, “It is the first responsibility of every citizen to question authority”? You can probably guess by now that he didn’t.

Snopes points out that the quote might be from counterculture icon Timothy Leary, but we don’t know for sure. All we know is that there’s no evidence Ben Franklin ever said it.

People love to put words in the mouths of dead people, circulating many of the things that Albert Einstein, Walt Disney, Winston Churchill never said. But if you see this Ben Franklin quote coming from one of those GEE WHIZ HISTORY accounts, you know it’s fake.

This Viral Giraffe is Dead, So Feel Free to Give Up Hope Now

The Story Behind That JFK Quote About Destroying the CIA