A New Approach to 3D Printing Removes the Limitations of Gravity

The potential for 3D printing to revolutionise manufacturing is astounding—if the technology can overcome a few limitations. Researchers at MIT’s Self-Assembly Lab have come up with a novel way to both speed up the 3D printing process, and free it from the restrictions imposed by gravity.

3D printing involves slowly building up an object using thousands of thin layers of extruded melted plastic that can take hours, even days, to complete, depending on what’s being printed. The soft nature of the material being used, which takes a few moments to cool and harden, also means that models have to be designed and reinforced with temporary structures to account for the pull of gravity. You can’t 3D print something that just hangs in mid-air, it will simply collapse before it becomes rigid.

So the scientists at MIT, working with furniture maker Steelcase and materials researcher Christophe Guberan, developed a new 3D printing process that takes place inside a vat filled with a thick gel suspension that essentially negates the effects of gravity. 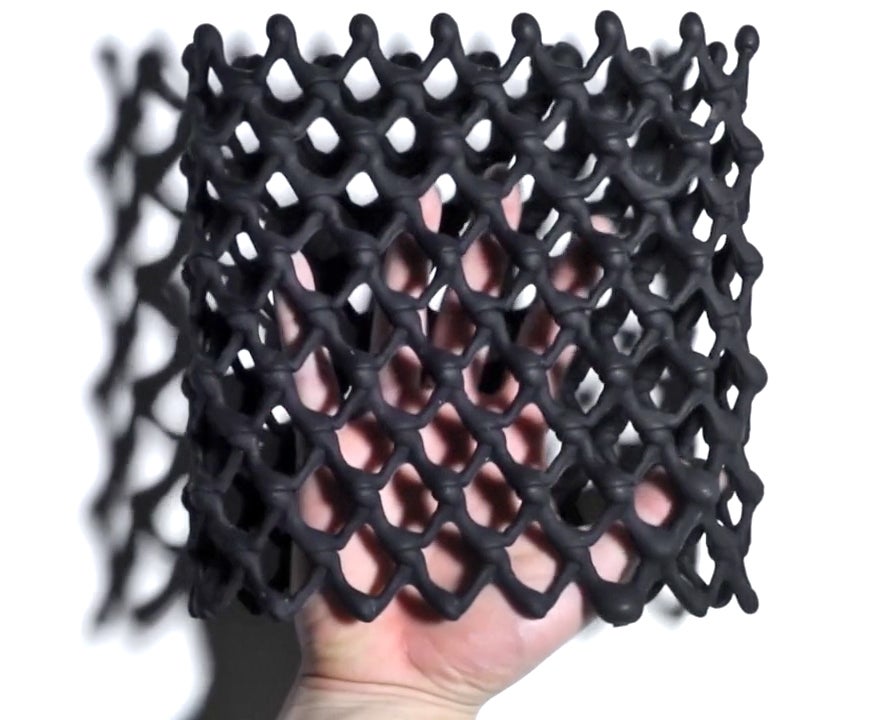 The gel suspension provides a constant support for the liquid material as it’s being extruded. So instead of a nozzle limited to moving in just two directions, it’s able to extrude materials in three dimensions. This allows more complex objects to be printed without the need for added supports, and at a considerably faster pace. Speaking with designboom, the lab’s founder Skylar Tibbits explained how the team had successfully reproduced a structure that would have taken 50 hours to print using a traditional 3D printer in just 10 minutes using their rapid liquid printing process. 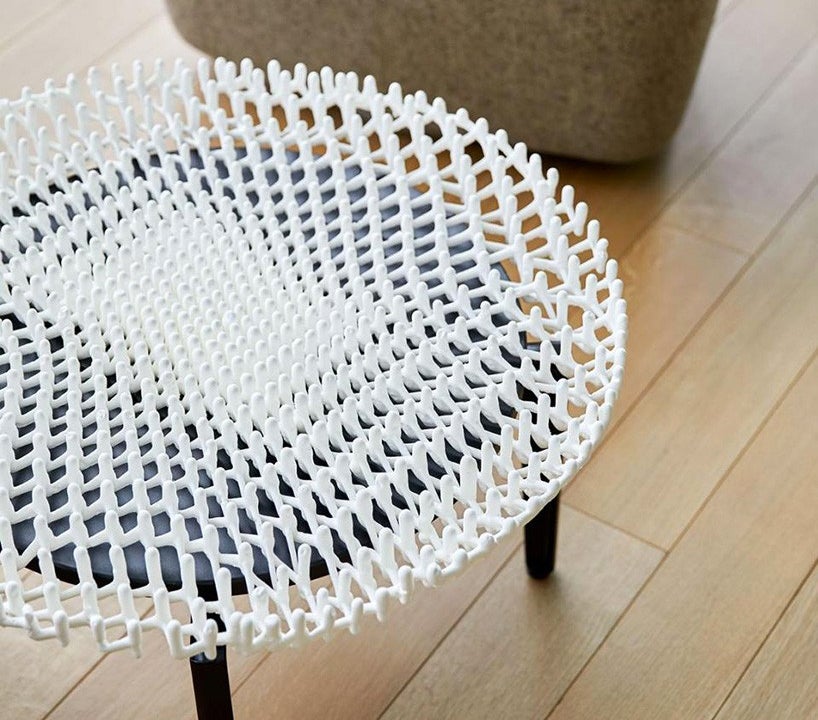 The new process allows more than just melted plastic to be used as the printing material. Rubber and foam in liquid states can also be extruded, with the gel itself serving as an instant chemical hardening agent so that objects can be removed as soon as the printing process is over.

For the time being, the MIT lab has been working with Steelcase to create some intricate but bizarre-looking furniture to demonstrate just how complex of a 3D-printed object can be produced. But without the limitations of gravity, one might imagine entire machines eventually being 3D-printed in a single pass, including gears, wiring, and other moving components, without requiring the assembly of hundreds of different parts afterwards.

There’s no timeline on when this new printing process will be available to manufacturers, or hobbyists, and it’s still not quite the replicators that Star Trek promised us, but it’s definitely a step towards that ultimate goal. [Vimeo via MIT Self-Assembly Lab via designboom]