Breaking: The Internet Has Pornography

You might want to sit down for this news. Australia’s Telegraph newspaper has uncovered startling images that are available on this newfangled “Internet” that seems to be all the rage. They’re images of (wait for it) pornography.

In what the Telegraph hails as an EXCLUSIVE, the newspaper reveals that its “special investigation” has “uncovered the dark side of social media.” Apparently it’s easy to find this kind of pornographic material under the hashtag #NSFW. Oh dear!

From The Telegraph, emphasis mine:

Cyber experts and childhood psychologists are hugely concerned about the impact it may be having on very young users of the service and say it could even be teaching kids how to rape, sexually abuse others or be putting them in direct contact with paedophiles.

A special investigation by News Corp Australia has uncovered the dark side of social media which should make every parent and user concerned.

The hashtag #NSFW — or Not Safe For Work — is one of the biggest harbourers of X-rated material, including explicit videos and images that are not censored or hidden.

News Corp Australia sighted hundreds of hardcore pornography videos and images on the seemingly innocent #NSFW hashtag during its investigation.

Figures from the e-safety commissioner show 34 per cent of kids aged 8-13 have circumvented age-restriction requirements to access social media and of that cohort 11 per cent list Twitter as their preferred service.

And you’ll never guess what kinds of photos the story is liberally sprinkled with... 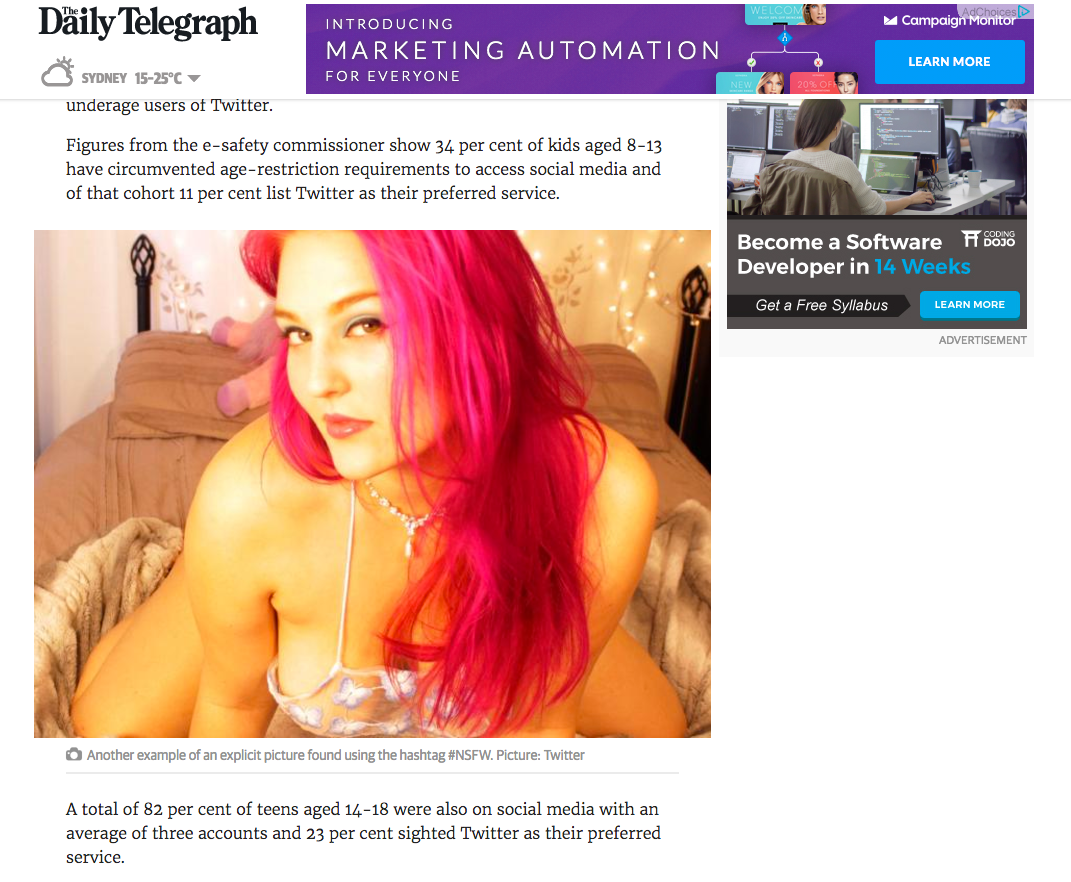 I mean, The Telegraph clearly didn’t want to expose anyone to these images that were found under the #NSFW hashtag. They’re just performing a public service... five times.

What a world! Pornography! On the Internet! Thank you for letting us know, Australia’s Telegraph. We had no idea.