First Photos From Game of Thrones Season Seven Tell Us Nothing, But Let's Speculate Anyway

The first official photos from season seven of Game of Thrones have been released, revealing little but making us dream of so much more. 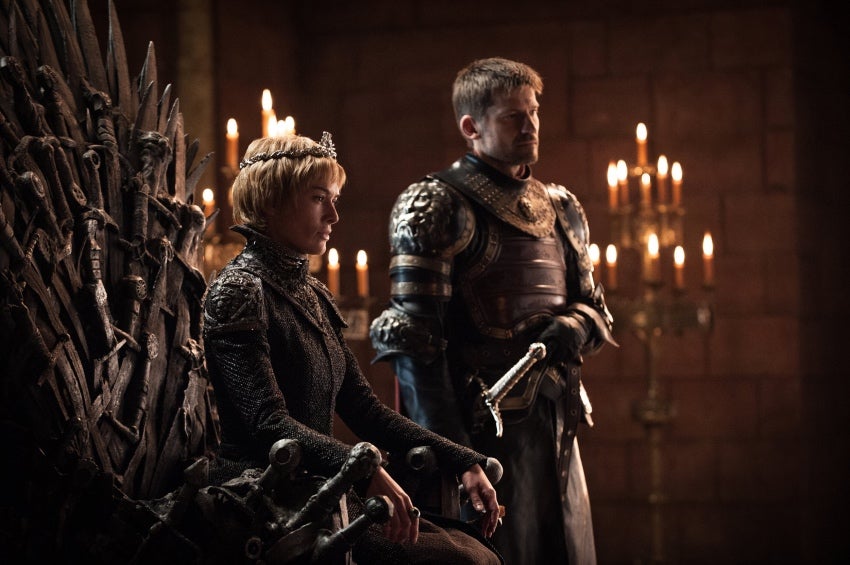 First up, we’ve got Cersei and Jaime Lannister, with Cersei sitting on the Iron Throne. She was crowed Queen of Westeros at the end of last season, and there’s a lot of speculation on how her new role will divide her and her brother... possibly leading to Jaime fulfilling the prophecy that one of Cersei’s brothers would lead to her death. 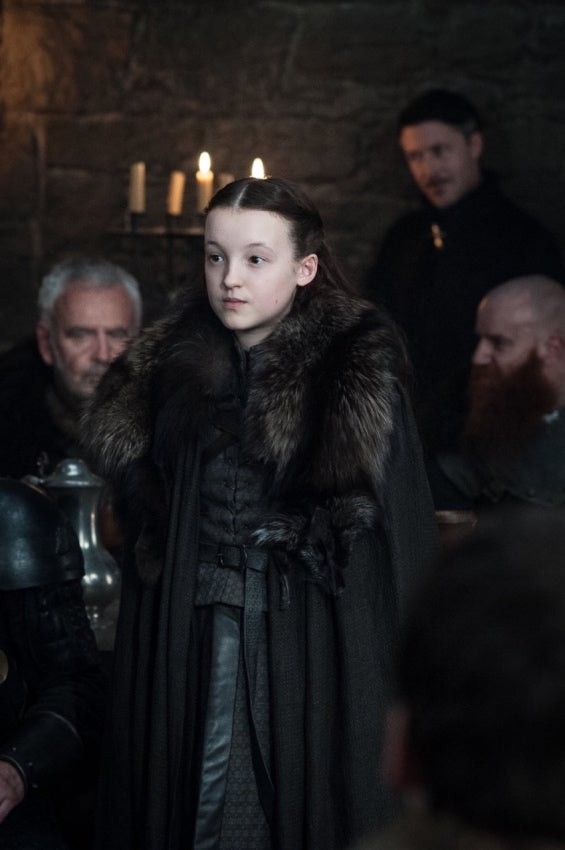 It’s Lyanna Mormont! The young ruler is back and looks to be holding the floor again at Winterfell, likely taking every man in that room down several pegs. Notice Littlefinger in the back, looking suspicious at shit. 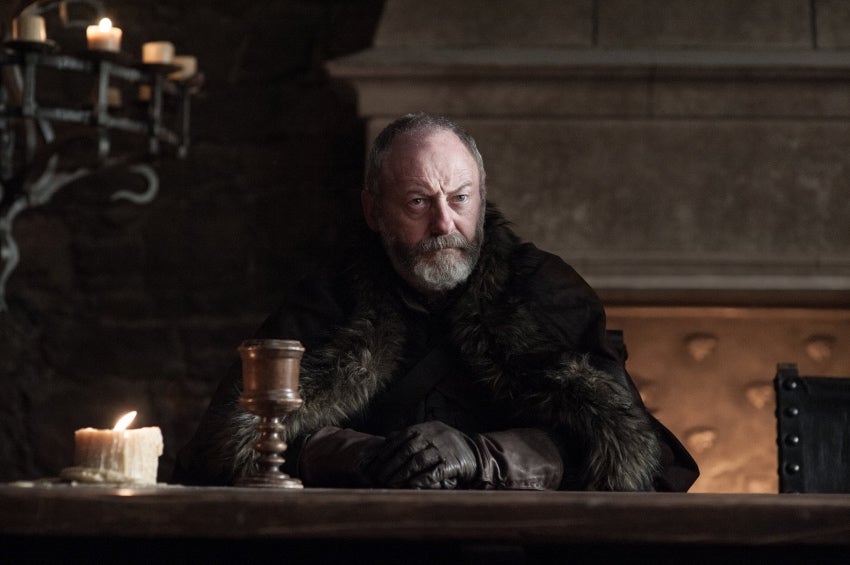 Here we’ve got a look at Davos Seaworth, who also looks to be chilling at Winterfell after pledging allegiance to Jon Snow. Last we saw him, he was telling Jon Snow all about Melisandre’s actions and threatening to kill her if she ever returns to the North. The Onion Knight’s in a clear position of power, so she probably shouldn’t test his patience. 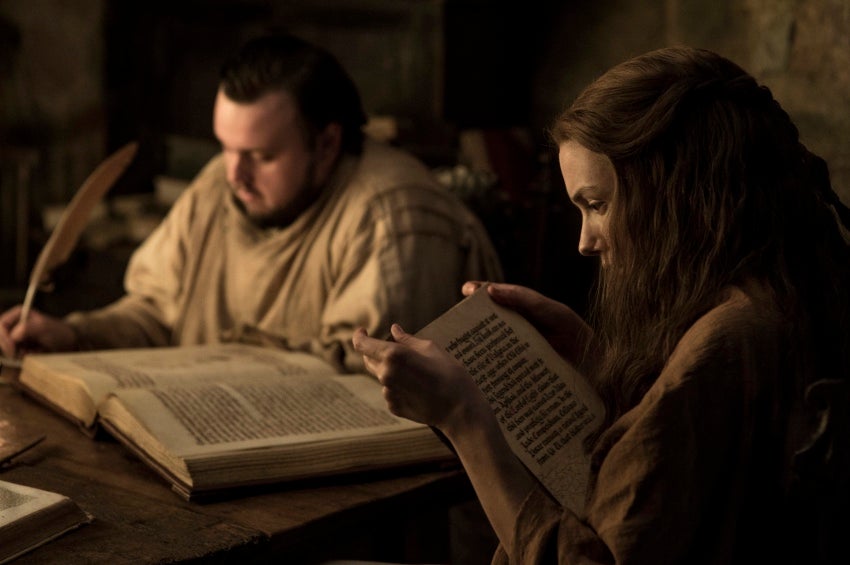 Hi Sam, I’ve missed you. He and Gilly are doing some research while Samwell studies to be a Maester (guess she was allowed into the Citadel after all). If you zoom in on what Gilly is reading, we get an idea of what they’re looking for. 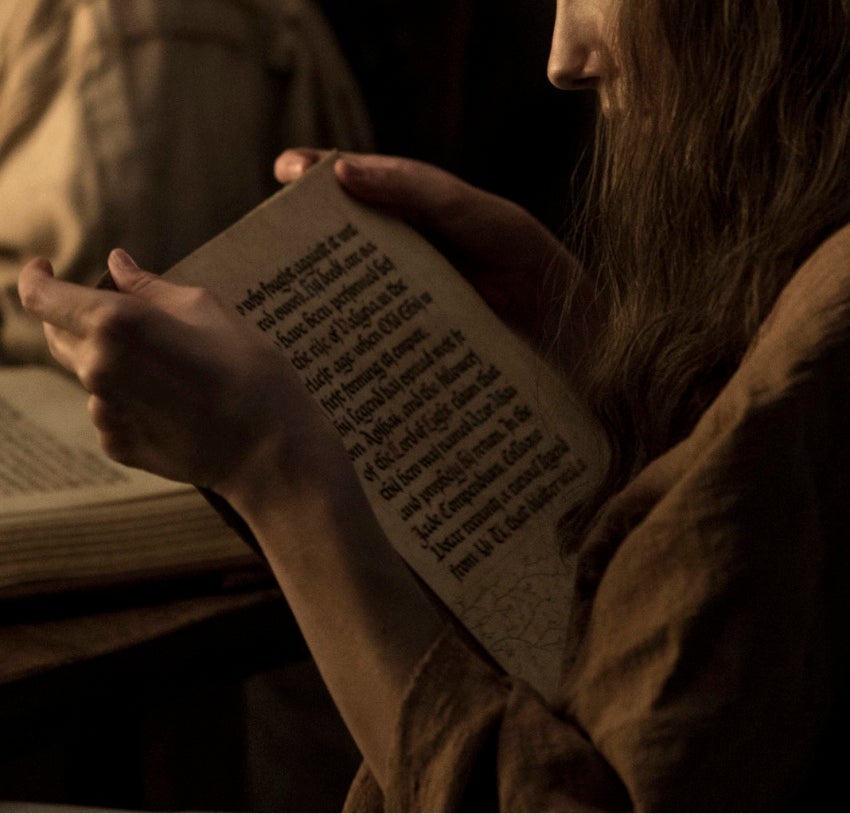 Oh shit, it’s about Azor Ahai! That’s the legendary hero who wielded a sword called Lightbringer to defend against the darkness. Melisandre previously recounted the prophecy that Azor Ahai would be reborn amidst smoke and salt to defend the world from the Lord of Light’s enemy, the Other. Yeah sure, she thought it was Stannis, but if Samwell’s researching it, that means it could be true. There are rumours that it could refer to Jon Snow or Daenerys Targaryen. 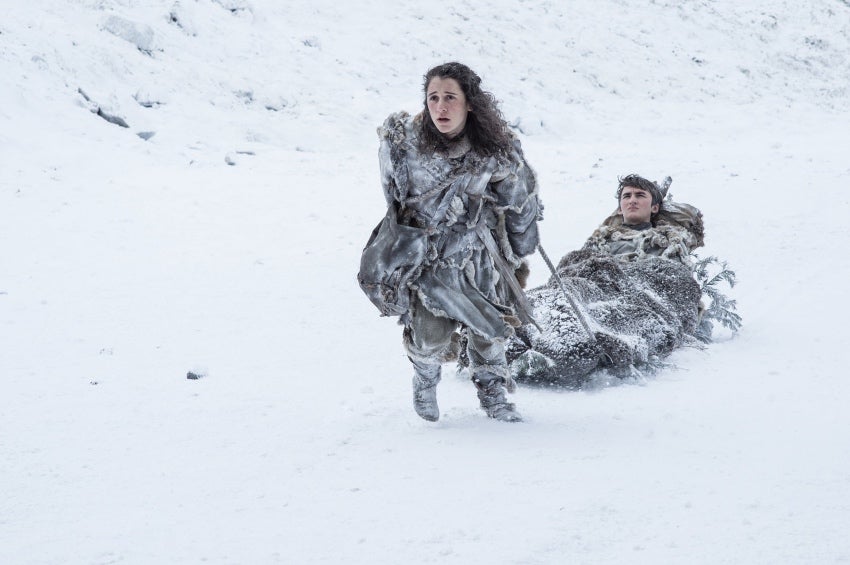 Uh oh, looks like Bran’s getting dragged in the snow again. 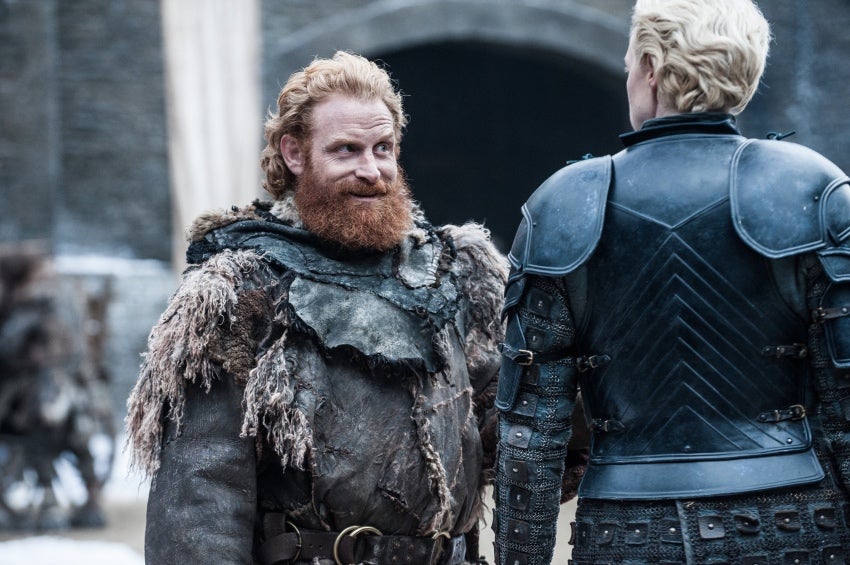 Tormund is still thirsty as hell for Brienne of Tarth. Nothing’s standing in the way of this ship. 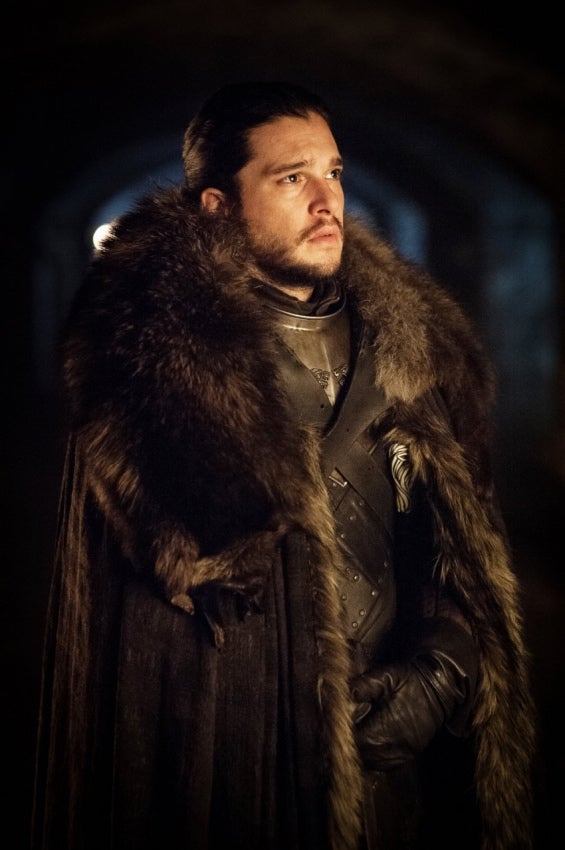 Here’s Jon Snow, looking regal and worried. He could be at Winterfell, Castle Black, or Dragonstone (if the rumours and behind-the-scenes photos are true). No surprise he’s worried, Jon definitely has a lot on his mind. He’s King in the North, there are White Walkers on his doorstep. Plus, it’s now confirmed that Jon Snow is a Targaryen, the secret son of Rhaegar Targaryen and Lyanna Stark. Of course, he doesn’t know that yet, but Bran’s on his way to deliver the news. 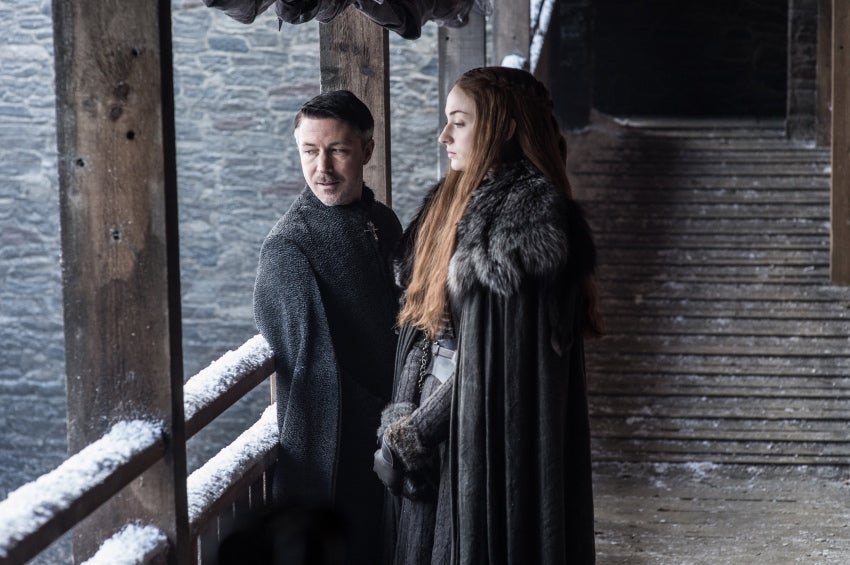 Here we’ve got a good look at Sansa and Littlefinger, who are still at Winterfell. Sansa looks incredibly powerful in this shot, commanding the space and forcing Littlefinger to lean away from her. Love it. 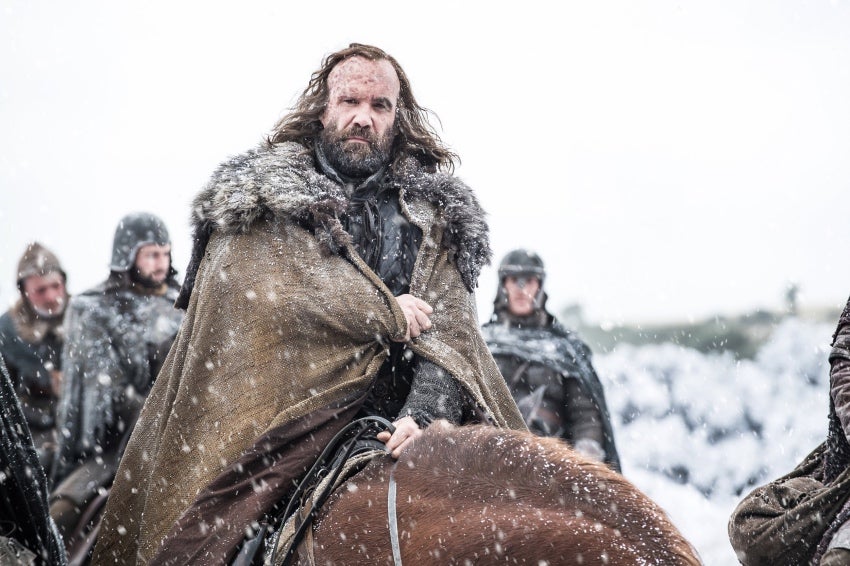 I’m guessing this is the Hound with the Brothers Without Banners heading way up north. They could be trying to find Arya. 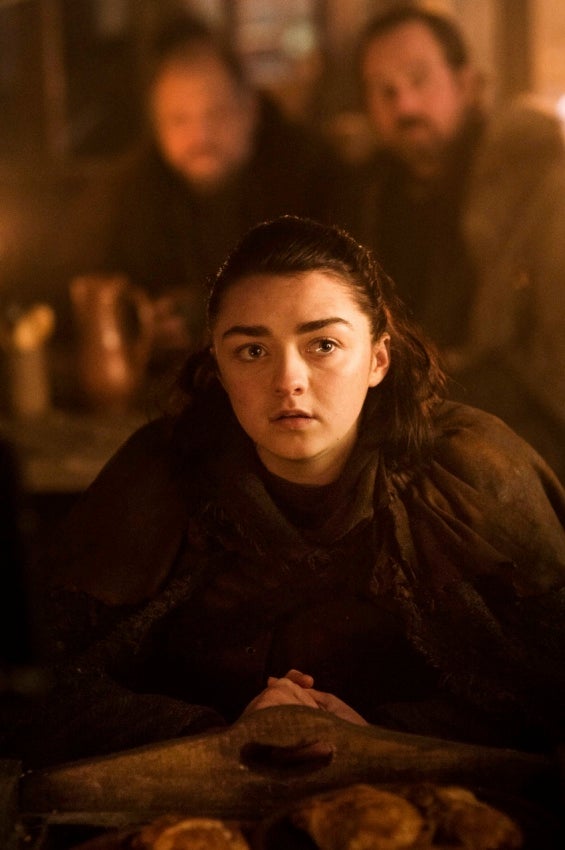 Speaking of Arya! Here she is having some pastries (hopefully not a pie she made) while some bearded old guys loom mysteriously behind her. 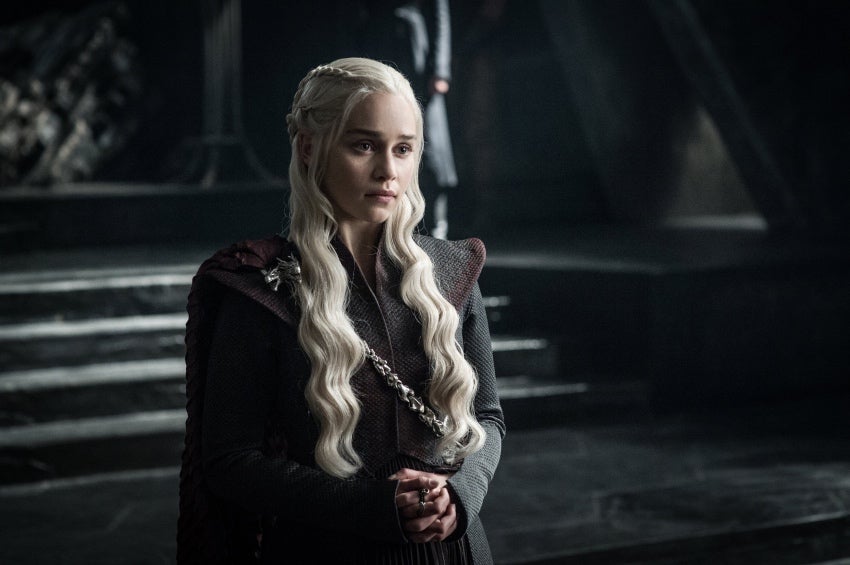 And we officially head to Dragonstone, where Daenerys Targaryen is prepping to conquer Westeros and take over the Iron Throne. You can see Missandei stationed in the back, which suggests this is a more formal meeting instead of a casual after-hours chat. 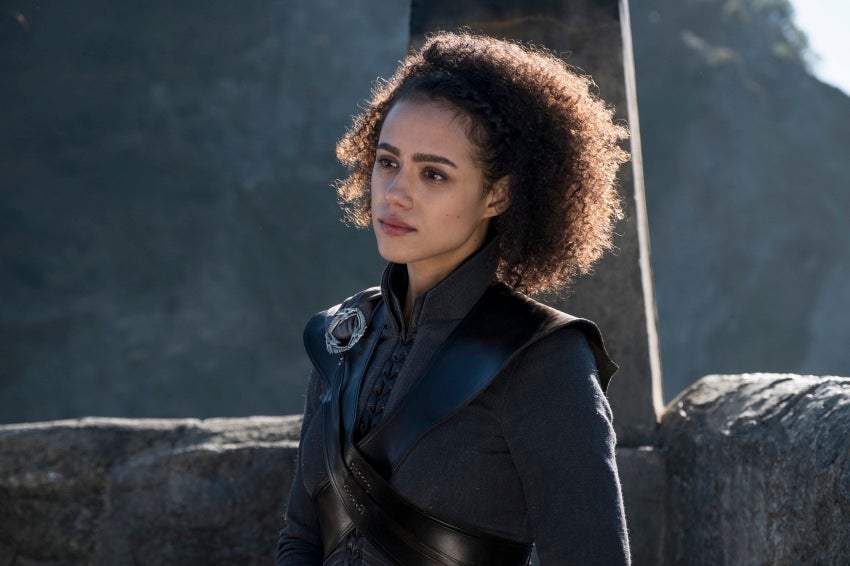 Here’s a closer look at Missandei, who’s bearing a Targaryen brooch that looks to represent her place in Dany’s circle. 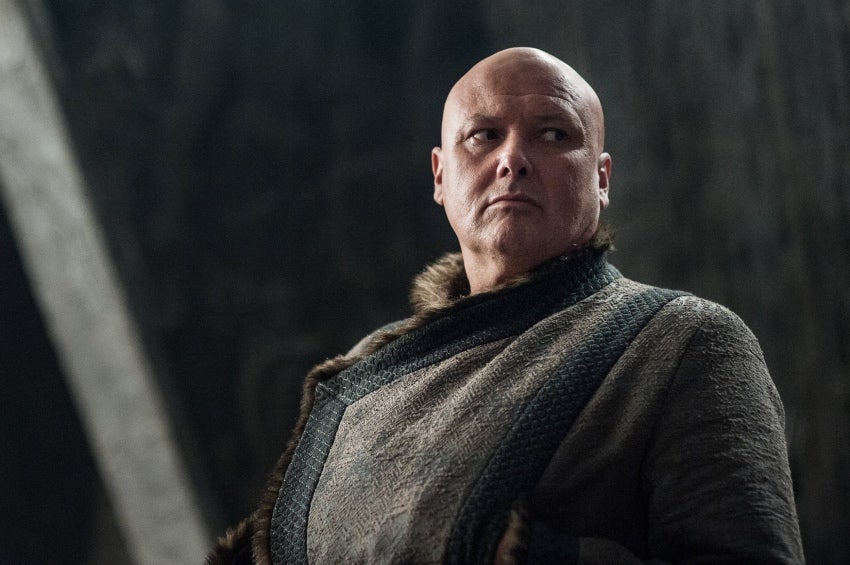 Lord Varys thought he was going to have all sand and sun from now on. But nope, he’s smack dab in Westeros again. The fur implies he’s in colder temperatures, meaning Dany and her crew might have moved on to Winterfell or even Castle Black by this time. 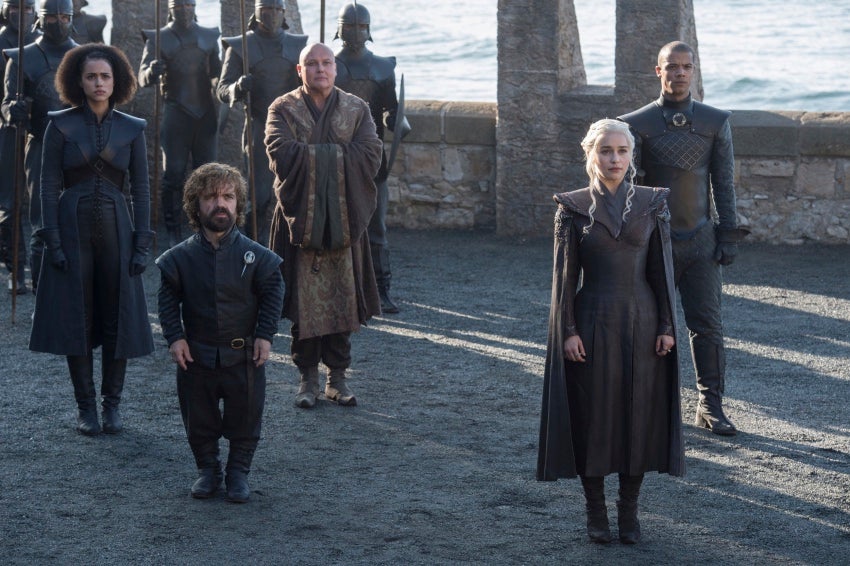 Finally, here’s Dany and the crew (including Hand of the Queen Tyrion) getting ready to officially greet someone at Dragonstone. Behind-the-scenes photos show that this is very likely when Jon Snow and Daenerys meet for the first time, possibly to forge an alliance against Queen Cersei. We won’t find out for sure until summer, when Game of Thrones returns July 16th. [Making Game of Thrones]