Jeff Bezos Declares No Shitting in His Sexy Spacecraft

Jeff Bezos has many hobbies: he enjoys doing an Amazon, reading a Washington Post, and occasionally, dabbling in a space thing at Blue Origin. Lately, he’s been all about the latter, focusing much of his attention on promoting his aerospace company’s space tourism vehicle, New Shepard, which will carry tourists into suborbital space as early as 2018. While the capsule looks great, Bezos has implemented some stern ground rules for his passengers’ bodily functions to keep it that way.

“Go to the bathroom in advance,” Bezos told the crowd at the 33rd annual Space Symposium in Colorado Springs. “The whole thing, from boarding until you’re back on the ground, is probably 40 or 41 minutes. So you’re going to be fine. You could dehydrate ever so slightly if you have a weak bladder.”

Holding it in for that long might not be so bad, although the anxiety associated with the flight could trigger diarrhoea, in which case, the passengers would be in for one torturous ride into suborbital space.

“The flight is short,” Schelhamer told Gizmodo. “On the way up and down everyone will have to be seated for safety. And in 0g no one will want to use their valuable time in the bathroom. Plus it’s a small capsule. Even a bathroom wouldn’t provide much privacy.”

He did acknowledge, how ever, that some people will have stress responses that lead to “production of liquid or solid waste.” You know, shit happens in space.

“Diapers will probably be the answer,” Schelhamer said. “Apollo astronauts wore them on the moon so there’s no shame in it. You can’t be squeamish about body functions if you want to go to space.” 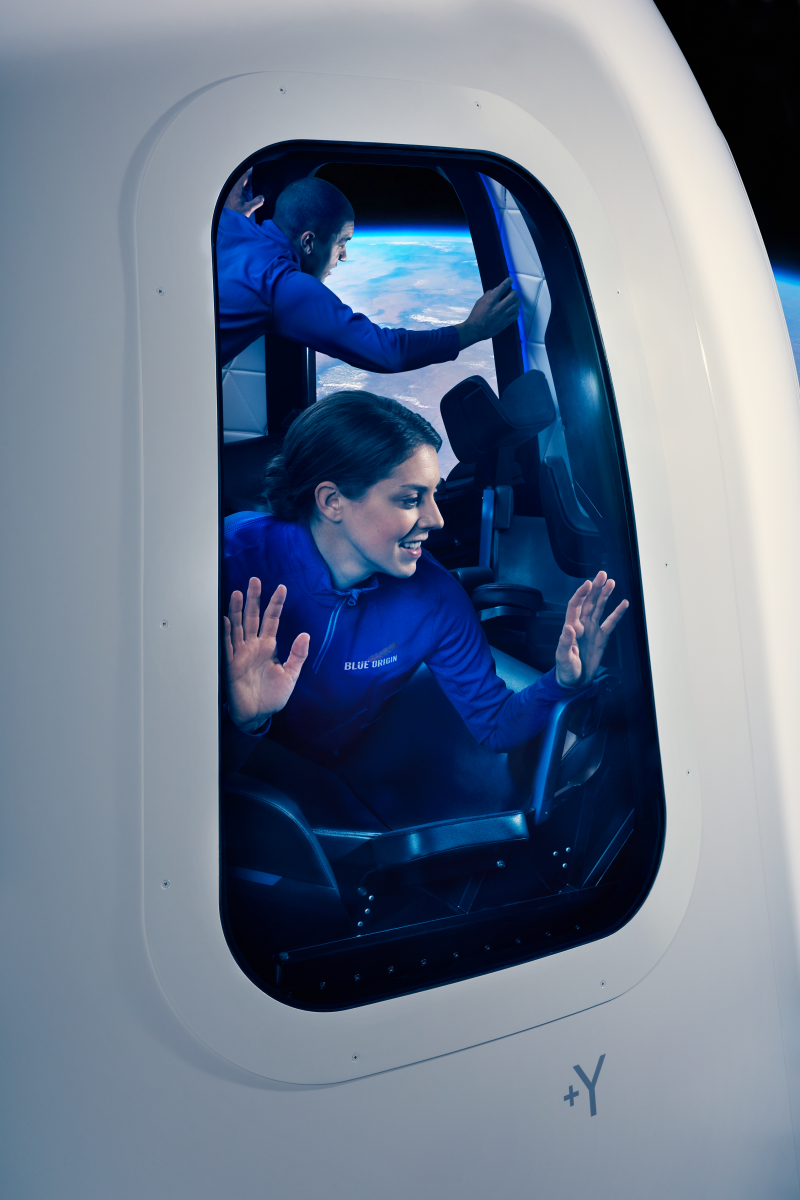 Holding it in for a little while is one thing. Perhaps Bezos’ most bizarre comment about his space tourism capsule is that he’s not concerned with his passengers puking.

“[People] don’t throw up right away,” he said at Space Symposium. “We’re not going to worry about it...It’s a delayed effect, and this journey takes 10 or 11 minutes. So you’re going to be fine.”

Schelhamer is not buying that one, noting that even professional astronauts can get motion sickness. As a person ascends into space, gravitational forces change and throw off their sense of spatial orientation. When the brain scrambles to correct that, a person might puke, whether they’re an astronauts or not.

“After paying a lot of money for a once-in-a-lifetime opportunity, people will be up and moving around to experience the weightlessness,” Schelhamer said. “And that will lead to motion sickness in some people, based on my observations in parabolic flight. It’s unpleasant but not fatal, but I think it’s a mistake to pretend that it won’t be an issue.”

It’s unclear whether or not Bezos’ rival, Elon Musk, has planned for toilets or barf bags aboard his astronaut vehicle and space tourism vehicle, the Crew Dragon. We’ve reached out for comment and will update this post if and when we hear back. We’ve also reached out to Blue Origin for comment because we’re petty like that.

Solar Storms Are Doing Something Weird to Our Atmosphere

A Freakishly Big Asteroid Is About to Zoom by Earth